These days, it’s common to hear the “conventional wisdom” that Presbyterian churches should be wary of taking bold public action on behalf of a just peace in Israel-Palestine. Why? Because, as the caution runs, it will damage long-running and hard-won interfaith partnerships with our Jewish friends and colleagues. According to the conventional risk-assessment, it’s just too costly; better to bite your tongue and preserve the good working relationships. In my experience, it is painfully true that there is almost always harsh criticism from Jewish quarters when we exercise our conscience on this issue. But the story I have to tell is that the risk is well worth taking. This is the story of how our congregation’s public witness helped take interfaith relations in our community to a deeper, more substantive level.

In 2008, after decades of fruitless conversation in our Justice and Peace Committee about the Israeli-Palestinian conflict, we formed the Salaam-Shalom Committee, which was devoted specifically to promoting a just peace and reconciliation between Israelis and Palestinians out of love for both peoples. Eight members of the congregation and the pastor began meeting monthly to educate themselves on the issue. Soon others joined us, and we sponsored a three-week Sunday school study of Steadfast Hope, an excellent resource published by the Israel-Palestine Mission Network.

We also conducted a worship service focusing on Christianity in the Middle East countries, using Cradle of Our Faith, a valuable study guide from the Presbyterian Church (USA). We had a Middle Eastern feast following worship and showed the film “The Iron Wall,” which tells the story of a Presbyterian peacemaking delegation to Israel-Palestine. In addition, our church has frequently hosted visiting speakers such as Jeff Halper of the Israeli Campaign against House Demolitions, Mark Braverman, a Jewish thinker critical of Jewish exceptionalism, and Stephen Sizer, an international expert on Christian Zionism. The Salaam-Shalom committee and many others in the congregation grew more gravely concerned about the 46-year Israeli military occupation of the West Bank and the plight of the Palestinian people. We decided to take a crucial step, one not always taken by congregations: the step from concern to action.

In 2012, Salaam-Shalom posted bus ads in the Chapel Hill-Carrboro bus system that carried the message “Join with us. Build peace with justice and equality. End U.S. Military Aid to Israel.” This public action was taken by the Salaam-Shalom committee of our congregation with session support and was endorsed by a coalition that included Jews for a Just Peace North Carolina, Veterans for Peace, the local Friends Meeting, and the Coalition for Peace with Justice. Our position was that the $3.1 billion in US military aid to Israel was subsidizing the occupation and therefore an obstacle to peace, that Israel possessed a massive military advantage over the Palestinians and their Arab neighbors and did not need our aid to defend themselves, and that the money could be better spent meeting pressing human needs here at home.

We took a strong but eminently supportable position in order to spark a public conversation. I met with the Jewish Federation and several local rabbis to discuss the issue. I reassured them that we had not taken this action lightly and that our hope was to foster open, respectful public conversation about the issue of military aid in the conflict. We acknowledged sharp differences of opinion on this topic, but our church felt that our community could handle it and that it was preferable to talk openly than to bury the subject.

Within days of the ads appearing in the buses, the City Council began receiving angry correspondence from some members of the Jewish community demanding that the ads be removed because they were “insensitive to the Jewish community.” Members of the Jewish Federation, rabbis, and prominent business owners held a closed-door meeting with the mayor pressuring him to pull the ads and to change the bus ad policy to shut down public dialogue. The ACLU intervened, pointing out that pulling our ads would be an “unconstitutional infringement of our free speech rights” and that they would strongly consider legal action if the city took that step.

Many members of the Jewish community were strongly supportive of the message in the bus ads. Others did not agree with the message but strongly defended our right to express this viewpoint and shared our belief that open, respectful public dialogue on highly sensitive subjects was both possible and necessary. Members of the Palestinian, Arab, and Muslim community praised our public witness, saying they hadn’t felt this supported in years. We received letters from members of the community previously unknown to us thanking us for our courageous action with generous checks enclosed to support our witness. For three months, the issue received widespread media coverage, and prompted op-eds and letters to the editor on the Israeli-Palestinian conflict and the US role in it, a rare occurrence in the usual crisis-de-jour sound-bite news cycle. I did also receive hate mail and death threats, and I was advised by the police not to be alone at the church or to work late.

One Sunday morning in September 2012, we woke to find our church had been vandalized: someone had spray-painted swastikas and Nazi graffiti on our education building. Ironically, the church had rented that building for several years to the local Reform Synagogue for their Hebrew school; it had also served as the site for a fledgling Muslim fellowship in our community. Our Sunday school teachers used the vandalism as a teachable moment with the children, and our building committee removed the vandalism, but it certainly stunned our congregation.

By Monday morning, I was inundated with emails and calls from the Jewish Federation and local rabbis expressing their outrage at this assault on our church. The Conservative rabbi who had been angry and upset about the bus ads volunteered to come to the church that morning to personally help me remove the swastikas. In the days that followed there was an outpouring of solidarity from the synagogues and the Jewish community. The local paper published several of these letters and my grateful responses to their kindness and solidarity. The public exchange affirmed the great value of interfaith friendship in quiet times, but most notably in times of crisis. 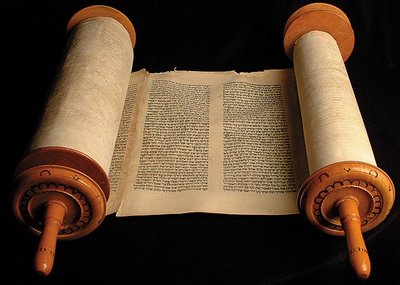 The crescendo of this whole experience came the week after our church had been vandalized. The distinguished rabbi of the local Reform synagogue, a long standing friend and colleague, offered to address our congregation briefly at the start of our worship service. He said, “I am not here to discuss bus ads. I am here to talk about hate –  and to tell you a story. Many years ago, when I was a young assistant rabbi in Chicago, our synagogue was vandalized. They took our Torah scroll, the prayer books, and the Bibles and wrapped them together and burned them on our bima. The whole synagogue would have burned to the ground but for the fact that there were high-rise apartment buildings all around us, and someone noticed the smoke and called the fire department. We faced a question: should we leave the burned place to show what had been done to us, or should we repair the damage and get back on the path? We decided to get back on the path. And that is what you have done: you’ve cleaned up the damage and gotten back on the path. Good for you! What you saw last week was what we saw also: the face of hate. Together we can show a different way. Our prayers and support are with you.” Our congregation rose to its feet and bestowed upon him a sustained ovation.

Without question, our public witness was provocative and upset some people. It was perceived as offensive and hurtful by those members of the Jewish community who view any criticism of Israeli government actions (and of US support of those actions) as an offense against them personally. Over a year has passed and tempers have cooled, but there are still a few who accuse us of anti-semitism and remain upset with us. Still, the bus ads were wildly successful at sparking an important public dialogue on the US role in Israel-Palestine, including franker-than-usual discussions within Christian and Jewish congregations in our area.

For all the heat that it generated, our public witness also cast a beautiful light. It played a role in bringing Jewish-Christian relations in our community to an unexpected deeper and more substantive place. The tensions around this highly sensitive issue – with all its historical and emotional resonances – are still present in our community. However, we broke new ground. We established interfaith relations as a two-way street, grounded in mutual respect, including respecting each other’s exercise of conscience. We discovered friends who stood with us in times of trouble.

So if you are considering bold, conscience-driven public witness toward a just peace in Israel-Palestine but are worried that it will damage your interfaith friendships with our Jewish friends and colleagues, I urge you to take the risk and trust the depth of the friendship. Sparks will certainly fly, but you’ll be surprised what wonders the Spirit can work through your moral courage.

AUTHOR BIO: Mark Davidson is the Pastor of the Church of Reconciliation in Chapel Hill, NC, and a graduate of Davidson College, Princeton Theological Seminary, and the Earlham School of Religion. He chairs the Peace Discernment Process for the PCUSA (2010-2016), a participatory process to update the church’s vision of peacemaking. Mark enjoys improvising at the piano, walking, hiking, cycling, traveling, and reading. Mark and Allison have two sons, Zach and Jonah, two daughters, Mali and Magdalen, and one daughter-in-marriage, Eleanor.