This week on Unbound we honor National Coming Out Day (October 11) and LGBT History Month (October) with a series of stories from PC(USA) inquirers and candidates for ordained ministry, who gathered this summer to explore their call, support one another, and discover the power of their own voices. Below is the second installment of our series; a new article or story will be published each day this week (Oct 8-12). All photos are courtesy of Julie Mack and Christy Pessagno at THEY bklyn.
By Alex Patchin McNeill

Growing up, my family moved around a lot. Because of my dad’s work, I was perpetually the new kid, showing up on the first day of school not knowing a soul, or in the middle of the year, shyly standing at the front of the classroom introducing myself to my new peers. However, wherever we were, I always considered the local Presbyterian church my home away from home. At church, I was the kid to start a game of tag in the fellowship hall, or camp out on the pews during youth lock-ins, or run to help finish the home-baked communion bread after worship. I found my way through an awkward adolescence by first making friends in choir. I participated in one church’s first-ever youth handbell choir, merrily ringing my bells in the balcony wearing my maroon choir t-shirt. At another church I joined the three-member youth choir, along with my brother and my soon to be best friend. The three of us stood at the front of the congregation singing our hearts out to fill the voluminous 18th century sanctuary.

Not surprisingly, it was at church where I first heard my calling towards ministry. I knew that God wanted me to help church feel like home for everybody. So with the blessing of my congregation and my pastor, I went to seminary. I graduated in 2008 and moved from Boston to Washington, DC, to take a job at a non-profit while the PC(USA) worked out its policies regarding the ordination of gay and transgender ministry candidates.

However, I have a confession. I haven’t been regularly attending church in the four years since seminary. You see, somewhere along the way, how I experienced my body started to shift. I started to feel that familiar tug of a call, not toward a new profession, but toward a new gender identity. I spent the better part of seminary and the years following it trying to ignore this call and downplay its significance. Instead as I felt less and less at home in my body, church started to feel less and less like home too.

I really started noticing it during hymns. At first I would pretend my voice was that of a choirboy, high pitched and clear. But after awhile I didn’t want to sing any more, and during church I tried to shrink away, hiding behind the veil I had put up between God and myself. Finally, to avoid that feeling, I stopped going to church. Eventually, the feeling of having a veil between God and myself expanded to include everyone else. I had shrunk so far back, that I didn’t feel comfortable anywhere.

When I was tired of running away from God’s call I decided to try a leap of faith. Four and a half months ago, I began medically transitioning my body from female to male. As soon as my voice started dropping, I noticed that I started doing something I hadn’t done in a long time: singing. I also desired to do something I hadn’t done in an even longer time… return to church. I didn’t just want to sing, I wanted to sing hymns. I didn’t just want to go somewhere, I wanted to go to church. And finally, I felt reconnected to my call to be ordained.

Three weeks ago, I left the job I had for four years at the non-profit—four years of waiting for the PC(USA) to change its policies. Little did I know when I took the job that God had been waiting for me too. A few weeks ago, I started seminary to finish some courses I still need for ordination. This month, I’m coming out to my ordination committee about my transition and asking to be moved to candidacy after being under care for seven years. It’s funny what happens when you stop hiding from God and let her back at the potter’s wheel. I’m ready to be remolded, I’m ready to be transformed. Praise be to God who works in our lives even when we try to run away 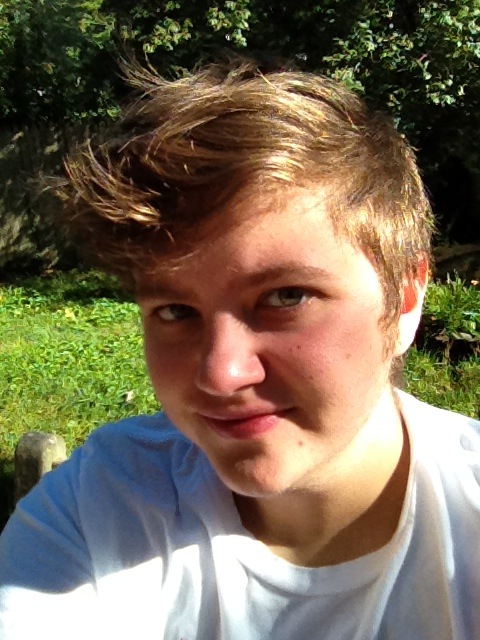 Alex Patchin McNeill is the first openly transgender ministry inquirer in his conservative Presbyterian region in Western North Carolina. Alex earned his Master’s of Divinity from Harvard Divinity School with scholarship on the intersection of religion, gender, sexuality, and reproductive rights.
Share this
Tags: