A short reflection on marsh periwinkles, young adults, the church, and eco-justice

Last summer, I joined a group of 20- and 30-somethings and traveled to Port Isobel, Virginia, to explore eco-justice in the marshlands of the Chesapeake Bay. Gathered by the National Council of Churches’ Eco-Justice Programs, we came from many places, ranging from Michigan to North Carolina. Our group was well traveled, outdoorsy, and adventuresome. We were even more diverse in our ethnic heritage, as some traced their ancestry to Norway or Germany while I claim roots in India and Ireland. One evening, our retreat leader asked our group a question: “What is a place you could call your place, a special place that if it was threatened, you would become upset and defend it?” There was a long silence. Our group had to think hard about that question.

Earlier that day, I encountered one of God’s creatures that, if it could talk, could easily answer the question: the marsh periwinkle. The marsh periwinkle is a snail that lives in sheltered tidal marshes and wetlands of the middle and lower Chesapeake Bay. Its beautiful purple shell covers its gastropod body, which clings to needlerush and saltmarsh cordgrass stalks. Periwinkles climb up and down the stalks according to the rhythms of the tide on their particular island. If you pick a periwinkle up and transport it to another island in the Chesapeake, it will not adapt. It only knows the tide patterns of its home marsh, where it has evolved for thousands of years. The marsh was dotted with thousands of these beautiful purple snails. I picked one up and thought: This creature possesses something I deeply crave: it knows where it belongs. If this creature were self-aware… if it could speak out, it would fiercely defend its marsh as sacred, because that is the only place it can live.

Today, young people inhabit a world where the economic changes resulting from past and current famine, colonialism, and imperialism have spurred mass migration and urbanization that have forever changed our self-understanding. Many of us trace our roots to different continents, sometimes multiple countries. Most of us cannot claim we know traditions our families held seven generations ago. Most of us do not easily identify a home place, a place we can call “our place.” Young people move frequently seeking opportunity. Often we feel we’re just passing through. So, why get to know the ecosystem in which you live? Why get involved in local politics? After all, you may be moving on in a few years.

After awhile, our retreat group did think of places that were dear to us. They were places we had come to cherish because we would return there each year on vacation, or we had an experience of personal growth there. Some members of the group were part of the local food movement, which is one movement causing young people literally to lay down roots. Yet, the question remains: when it comes down to it, is defending our special places as important to us as it would be to the marsh periwinkle? Are our faith communities helping us discover the sacred in our backyards? Or is that faith community just passing through, too? 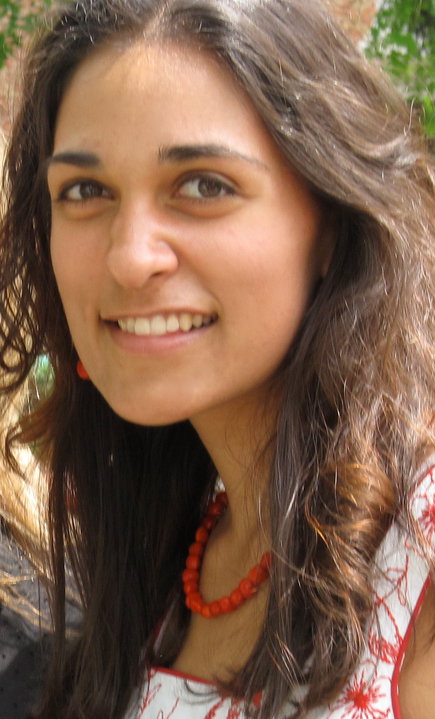 Shantha Ready Alonso is the Interim Coordinator of the National Council of Churches (NCC) Poverty Initiative and former advocacy and outreach specialist for eco-justice program. Shantha did her undergraduate work at the University of Notre Dame and went on to serve as a Holy Cross Associate lay volunteer. Shantha started her career doing congregation-based community organizing with the PICO and Gamaliel networks. She has worked on parks and recreation, transportation, job creation, and immigration issues. While pursuing Master of Social Work and Master of Pastoral Studies degrees at Washington University in St. Louis and Eden Theological Seminary, Shantha became very interested in reviving the ecumenical movement. Shantha started working with the NCC by helping build the New Fire Network for young adult ecumenists. Shantha also serves as Vice Chair of the executive committee of the World Student Christian Federation (WSCF), a federation of 105 national Student Christian Movements across the globe. Shantha has provided leadership for the WSCF’s global EcoJustice Campaign. When Shantha is not being an “ecumaniac,” she enjoys reading, biking, and spending quality time with her husband Jaime.
Share this
Tags:

Environmental Hope: A Better Approach for a Tougher Climate