The Right to Come Home: Midrash on the Great Woman of Shunem and Palestinian Refugees, Barbara Kellam-Scott

She wouldn’t be a refugee any more if she could come back to the home she had made. She’d left seven years ago, at the urging of the man of God, taking her son to another city — outside of Israel — until the famine passed. Now the boy stood beside her as a healthy young man, fit to inherit his mother’s wealth. But it had indeed been a rough seven years. The land they knew as Shunem was and had been under the control of the Israelite king and military, within the area assigned to the tribe of Issachar, and apparently the locals had spread into her fields while she was gone. She wasn’t at all sure that the king would honor her request. Continue Reading 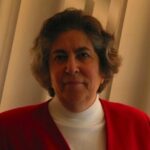 This is My Story: A Palestinian American Christian Woman, Dr. Nahida Halaby Gordon

I was born, the youngest of four children, into a Presbyterian (Church of Scotland) family in Jerusalem, Palestine, in 1939. My birth year marked the end of the first uprising of Palestinians against their British occupiers, who were encouraging mass immigration of European Jews into Palestine against the wishes of the indigenous population. The uprising, which began in 1936, was ended in 1939 with the British brutal suppression and the execution or exile of the uprising’s leadership. It is estimated that “violence left 5,000 Palestinians dead, 15,000 wounded, and 5,600 incarcerated”. The uprising was against the British form of occupation and the mass immigration of Jews into Palestine. Continue Reading

‘Men in the Mirror’: Constructing and Applying a Christ-Centered Masculinity to Interpersonal Relationships, Kevin E. Frederick

The Presbyterians Against Domestic Violence Network (PADVN) was formed in 2001 as a ministry network of the Presbyterian Health, Education, & Welfare Association (PHEWA). PADVN was created to continue the work of the PC(USA) Societal Violence Initiative Team, a major initiative of the General Assembly Council. PADVN was charged to take a lead role in implementing the policy statement approved by the 213th General Assembly (2001), Turn Mourning Into Dancing!, and to keep the issue of domestic violence awareness and prevention at the forefront of the Presbyterian Church (U.S.A.). During its first decade of existence, the PADVN focused on supporting victims/survivors of domestic violence and their families and on raising the PC(USA)’s awareness of the prevalence of domestic violence. Continue Reading

If, as Calvin famously said, Scripture is the lens through which we see the world, then we’re each wearing a unique pair of frames. In her book Touchdowns for Jesus and Other Signs of Apocalypse: Lifting the Veil on Big-Time Sports, Marcia W. Mount Shoop has on a particularly distinctive pair. She introduces herself as an athlete, a Presbyterian minister, a feminist, a mother, and the wife of a big-time football coach. Mount Shoop’s husband, John Shoop, has coached numerous NFL teams, the University of North Carolina (UNC) football team, and currently coaches at Purdue. This book has grown out of the years of experience she and her husband have shared living and working within the football community. Continue Reading 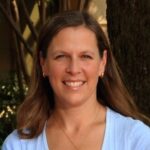 Why the “Entitled Athlete” is Not Where I Fix My Feminist Gaze, Rev. Marcia Mount Shoop, Ph.D.

I am grateful for the time that Rachel Mastin took with my newest book, Touchdowns for Jesus and Other Signs of Apocalypse: Lifting the Veil on Big-Time Sports. My prayer for this book was that it would elicit a deeper conversation about sports and American society’s most pressing issues. Mastin’s review is an opportunity to have exactly that kind of conversation. Mastin and I have some things in common — we are University of Kentucky basketball enthusiasts, and we work with survivors of domestic and sexualized violence. We also both have vocational identities wrapped up in the Presbyterian Church (U.S.A.). And, like Mastin, I have spent more than my share of time watching football games on TV. Continue Reading

I saw it there, a black-and-white magnet on my friend’s refrigerator. Inwardly, I rolled my eyes. “There’s no use trying,” Alice said: “one can’t believe impossible things.” “I daresay you haven’t had much practice,” said the Queen. “When I was your age, I always did it for half-an-hour a day. Why, sometimes I’ve believed as many as six impossible things before breakfast.” -Lewis Carroll I had seen this whimsical quote before, many times, and perhaps this why my inner cynic rolled her eyes. Believe six impossible things before breakfast. It seemed a quote destined for refrigerator magnets, charm bracelets, and quirky handmade prints sold on Etsy. Cute? Yes. But what does cute have to do with the real world? “What good is a bunch of wishful thinking?” my inner cynic demanded. Continue Reading 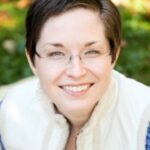 Women in Poverty & The ‘American Nightmare’: A Story of Economic Oppression, Leslie Woods

When Americans think about “oppression,” we’re inclined to go straight to civil and human rights. We think of voting rights and voter intimidation, of warrantless wiretaps and law enforcement dispersing crowds of peacefully-gathered demonstrators. We think of countries where citizens do not have freedom of speech, press, religion, assembly, or petition. In short, we think of the First Amendment. We do not usually think of the economy. However, it is becoming increasingly apparent to the average citizen that our economy is designed to oppress huge groups of people. Continue Reading

Learning from Organizers in New Haven: Interviews with Mothers for Justice, Kimberly Clark and Merryl Eaton

Mothers for Justice is a grassroots advocacy group that organizes, trains, and mobilizes women living in poverty to be civically engaged, to speak out on social justice issues in order to bring about positive change and transformation in their community. Our work is rooted in the first-hand experiences of the women and our personal knowledge of the community. We help women to find their individual and collective voices so that they can exert pressure on policy and decision makers to implement solutions that help move people out of poverty and into self-sufficiency. At MFJ we work to make right social and economic injustices, using community organizing to make changes in policy and law. Continue Reading

Why Child Marriage Subsists – And Why It Shouldn’t, Rev. Janet Guyer

I’ve spoken recently with many women leaders about issues of abuse of women. One of their consistent first responses has been: “Child marriage is a form of abuse.” In this article we will look at what child marriage, is, its causes, and its impact on adolescent and pre-adolescent girls. So what is child marriage? According to UNICEF, it is defined as “a formal marriage or informal union before the age of 18…a reality for both boys and girls, although girls are disproportionately the most affected.” For the purpose of this article, and in the context of this issue, we will focus on the girls. Continue Reading

Yes, it’s a play on the word, ‘just’. Justice can be a big word, an achieved state or total fairness, and justice for women is not yet that. “Just” is just an adjective, a characteristic of doing right. It is in fact the basic Christian ethical approach, which sees Christ in the suffering neighbor, and hears God’s voice in the NO that rises up in us in the presence of abuse. Even when we try to put up with the lack of justice in our imperfect world, that awareness of brokenness is the starting point. So reading the essays in this gender justice issue of Unbound, which took the theme of hearing silenced voices, makes me think about the way God’s voice is in women’s voices of hurt and anger. It will also be in Rachel’s voice crying lamentation at the death of innocent children right after the joy of Christmas. Continue Reading

This Is My Story

Men in the Mirror: A Male Perspective on Domestic Violence