“Therefore, we reject any doctrine; which absolutizes either natural diversity or the sinful separation of people in such a way that this absolutization hinders or breaks the visible and active unity of the church, or even leads to the establishment of a separate church formation…”
-The Belhar Confession

I cannot remember the last time I had a conversation about race in church. From time to time I suppose we touch on the topic, but those conversations tend to be about ‘those’ people with ‘those’ problems in ‘those’ communities. At General Assembly and within the Presbyterian Church (U.S.A.) as a whole, race is an elephant in the room, which no one seems to want to talk about. An even bigger elephant, perhaps, is the fact that the PC(UA) lives out a mixed message when it comes to race; there is a sharp dichotomy between advocating for and paying lip service to diversity and living out such diversity in our congregations and denominational institutions.

On the day I arrived in Detroit for the 221st General Assembly, I found myself riding in an elevator with other commissioners and advisory delegates. Looking around, it was clear to see that out of the 10 or so people, only 2 belonged to a racial/ethnic minority. This ‘straw poll’ sampling of commissioners and advisory delegates is not far from the disheartening reality that the PC(USA) is not as diverse as it would like to think. The Office of the General Assembly reported that in 2013, 91.31% of Presbyterians were ‘White,’ while a minute 2.75% were ‘Asian’ and a mere 0.14% ‘Middle Eastern.’

While ethnic Presbyterians might be in the minority, this does not mean that they should be equally scare in representative bodies such as the General Assembly. As I’ve observed those around me, I have been astonished by the lack of ethnically diverse teaching and ruling elder commissioners – and even more surprised by the lack of ethnic minorities among the young adult advisory delegates! In the moderatorial debates Saturday night, I was struck by Rev. Kelley Allen’s comment that there are 98 Native American congregations (0.19%) in the PC(USA). When I heard this I was not only surprised; I was also confused. Where were the representatives from these communities at General Assembly? Where was their voice on the plenary floor? It’s possible that I simply missed them, but it appeared to me that there was little to no representation – no voice – from this important group of brothers and sisters in Christ. 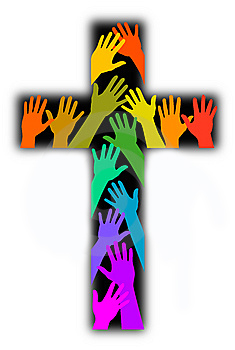 Let me be quick to say that I am deeply proud of what my denomination, the Presbyterian Church (U.S.A.), has done in seeking racial justice in the world. From opposing apartheid in South Africa to addressing modern issues of racism and discrimination, the PC(USA) has participated in noble and commendable actions. However, I feel that, in the midst of seeking racial justice in the world, we have neglected the need for that same justice and transformation within ourselves, our congregations, and our denomination.

As a member and ruling elder in a denomination that is 91.31% ‘White,’ my vision for racial justice and transformation is not to ‘shame’ or ridicule the ethnic majority. There has been enough shame; there has been enough guilt. Spoken words, statements, confessions, and apologies will not change the landscape of the future Presbyterian Church. Instead, as a member of the ethnic minority, I want to empower the ethnic majority with a shared vision of the steps we need to take to build a Christo-centric community that embraces individuals where they are in life, without making them conform to the standards and expectations set by an ethnic majority.

As a Korean-American (adopted from South Korea), I found myself deeply torn on the overture to dissolve the Hanmi Presbytery. Though Hanmi has suffered from conflict and problems in the past, it stands as a body that has the potential to do great things in representing a vital part of the Presbyterian community. Racial and ethnic minorities within the PC(USA) do not want to be ‘assimilated.’ Assimilation means trying to fit the standards and expectations of a church that is mostly white and English-speaking onto the rich cultural and theological heritages of racially diverse worshiping communities. Non-geographical presbyteries such as Hanmi, are just one way that the PC(USA) can work towards maintaining the call to be an increasingly diverse body and to be disciples who demonstrate Christ’s love for all people.

In Korean, there is a concept known as han (한), which is described by minjung (민중신학) theologian Suh Nam-dong (서남동) as a “feeling of unresolved resentment against injustices suffered, a sense of helplessness because of the overwhelming odds against one, a feeling of acute pain… and an obstinate urge to take revenge and to right the wrong —all of these combined.” [1] Han fits within the context of Korean history that is stained with oppression from early conflicts with China all the way through the horrors of Japanese occupation in World War II.

I mention han, because I believe it is a helpful frame of context for discussing race in the PC(USA). There is a wide range of different ethnic minorities in the United States and in the PC(USA), and our stories and reasons for coming to the church are as diverse as we are.Some have come to escape oppression, others as a means to start a new life; either way, all have come to this body because they feel the Spirit at work. We have already overcome various challenges, and breaking the wall of racial/ethnic representation in the church shouldn’t have to be another. Immigrants, refugees, 2nd-and-3rd generations, and children of interracial couples have countless gifts to share with the broader community of believers. In order to share those gifts, we need our voices to be heard.

As a young adult, I am well aware that the future of the church rests in the hands of those to come. I want to remind my Presbyterian brothers and sisters that ‘those to come’ come from places all around the world and reflect the growing shift in demographics in the United States. If the Presbyterian Church cannot be flexible enough to hear the voices of ethnic minorities in deliberating bodies like General Assembly, the church will fail to remain relevant to a growing portion of the population. 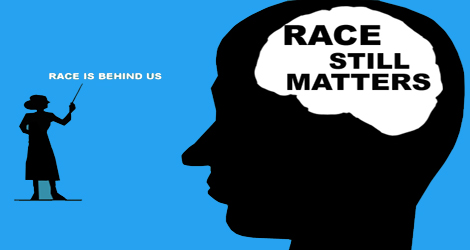 More importantly, congregations need to be open to change. I understand that there are ways things have always been done, but by remaining stuck in tradition, congregations risk excluding racial/ethnic communities and the spiritual narratives that they have to offer the larger body of Christ. Projects such as the Glory to God hymnal and programs offered by the Presbyterian Mission Agency’s Racial Ethnic and Women’s Ministries department are great places for congregations and presbyteries to start engaging in a conversation about racial diversity (and if I may do a plug, Former Moderator Bruce Reyes-Chow’s book But I Don’t See You As Asian is another great starting point).

It’s time for us to put our good intentions into action. Words and confessions are simply not enough. To commissioners, advisory delegates, and anyone who is at the 221st General Assembly – to anyone who is reading this – I ask that you take time to deeply reflect on ways that your church and the PC(USA) as a whole can actively engage those who are currently in the margins of our denomination. Talk to those in your local community, engage with people who you might not otherwise, and live with a vision of Christ that transcends our current understanding of race and ethnicity.

AUTHOR BIO: Casey Carbone is a graduate of Calvin College (B.A. Religion & Youth Ministry) who will be attending Princeton Theological Seminary in the fall. He has a strong passion for cross-cultural, interfaith, and ecumenical ministry. At the 221st General Assembly, he is serving as a YAAD with Lake Michigan Presbytery.

Check out other articles related to business before the 221st General Assembly here.

This Time Around: Urban Ministry in the PC(USA)