In Zora Neale Hurston’s 1928 essay, “,” she writes about her lived experience as a black woman in the South. She talks about her racial awakening, describing it as “the day I become colored.” She uses many metaphors to talk about race, including calling herself a “brown paper bag” alongside other bags “white, red and yellow” and refers to God as “the Great Stuffer of Bags.” In a famous line in that essay she states: “I do not always feel colored…I feel most colored when I am thrown against a sharp white background.”

In the wake of last June’s terrorist attack on Emanuel AME church in Charleston, SC, the cultural and political conversation surrounding the Confederate flag that followed, and the #BlackLivesMatter protest movement in general, the “sharp white background” of America has been on the minds of many justice-minded people, Christian and secular alike. Social scientists have been talking about “whiteness” as a construct for years, but when white woman Rachel A. Dolezal was now infamously revealed to have spent years passing as a black activist and academic, the question of what it means to be white became a mainstream hot topic. The New York Times even ran an article in the Sunday Review titled “What is Whiteness?” Suddenly, it seems, the marginalized voices that have long been decrying the invisible pervasiveness of whiteness in America are being heard.

Years ago when I first took Peggy McIntosh’s famous white privilege inventory, I realized that my first ever memory of thinking about race was an awareness of the way others were different from me. I can safely assume that many other white people could say the same. I didn’t see myself as being different – and this is one of the first ways I realized that my whiteness was actually extremely relevant to my life. My whiteness was the opposite of a burden – it was a lightening, an advantage that enabled my assumption that I was the norm from which others diverged.

What’s been interesting to me recently, particularly with the increasing mainstream visibility and awareness of racialized police brutality, is seeing so many reflections and meditations about whiteness coming from actual white people. Read Jeffrey A. Schooley’s blog Souls of White Folks in Presbyterians Today to see one great example. This isn’t to say that I feel that the perspective of white people in discussions about race needs any highlighting – quite the contrary in fact, when the marginalization of the voices and perspectives of people of color remains a staple in academia, mainstream media, and the Church. But I do see the fact that white people are talking about whiteness – and that the majority-white Church is talking about its whiteness and its Western-ness – as encouraging for all of us who yearn for racial justice.

This is because when we as white people acknowledge our own whiteness, we are drawing attention to the sharp white background within which people of color must operate every minute of every day. This is an act of self-awareness that is primarily helpful to other white people. After all, people of color don’t need to be reminded of their race. As Chimamanda Ngozi Adichie points out in her brilliant book, Americanah, for people of color in America, “[T]he minute you step outside, race matters.” But for us who are considered generically white, who are socialized into seeing ourselves as race-less and as the “default” – from the protagonists in every form of media to the color of “flesh” or “nude” band-aids and make-up and bras – our whiteness has given us countless advantages within a system that’s continuing existence depends on the invisibility of these privileges: white supremacy. For white folks, race is simply “something that happens to other people.” Understanding this fundamental difference in experience and perspective is essential for white people who want to be anti-racist allies and who desire racial justice.

“Any white person living in the United States will develop opinions about race simply by swimming in the water of our culture. But mainstream sources—schools, textbooks, media—don’t provide us with the multiple perspectives we need.” – Dr. Robin Diangelo “White America’s racial illiteracy: Why our national conversation is poisoned from the start“
___________________________________________

White people are unable to talk about whiteness because, to start, we really don’t know how to talk about race. Racial illiteracy is present not only in our education system, as Dr. Diangelo points out, but in our churches. And remedying this is an urgent need. As justice-minded Christians, if we want to work towards racial justice, we must find a way to eliminate racial illiteracy. I’ve been a Presbyterian all my life, and it’s only in recent years that I’ve ever heard race even mentioned in church. I suspect many of my fellow white progressives have experienced something similar. I believe now is a crucial moment for the majority-white Church to acknowledge our racial illiteracy and take steps towards becoming an intersectional church. 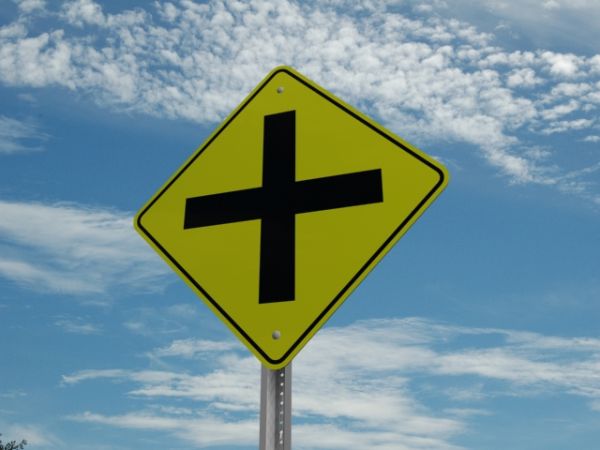 When I talk about intersectionality, I am talking about expanding our understanding of oppression to account for the way multiple identities shape the experiences and perspectives of marginalized people. Critical race theorist Kimberlé Crenshaw coined the term “intersectionality” in 1989. In a nutshell, it is “a framework that must be applied to all social justice work, a frame that recognizes the multiple aspects of identity that enrich our lives and experiences and that compound and complicate oppressions and marginalizations.”

For the majority-white Church, we need only look to the work of many of our racial ethnic churches and leaders for a vision of an intersectional church. They are the ground zero in the fight towards intersectional justice, in addressing the multiple loci of oppression which shape the experience of people of color, people who are not able bodied, people who fall outside the gender binary, people whose immigration status sets them apart. Our racial illiteracy can be improved by conversations and dialogue with these churches. We white Christians must call out the ways that our whiteness influences and shapes our perspective of justice and identify the ways we have been silent.

For example, when we talk about domestic violence in church, we must also address the fact that women and children of color are disproportionately affected by gendered violence. When we talk about the atrocities of rape and other forms of sexual violence, we must also acknowledge that women of color, particularly Native women, and bisexual women are at a far higher risk. When we talk about the experiences of teenagers and young people in church, we must also look at the way the school-to-prison pipeline is affecting communities of color. We can critique our own churches, from our local congregations to our wider ruling bodies, by considering the types of representation that exist in the leadership, beyond gender representation. And we should start considering the ways our mission work and service can embrace the tenets of anti-racism and begin to adapt our practices to reflect an awareness of the connection between race and poverty.

Living into the tenets of intersectionality in this way is not an easy task. Even acknowledging our racial illiteracy, let alone embracing the whiteness of the majority of our denomination, opens up lots of space for fear, guilt, and the realization that the popular narrative that racism in the Church is something something we’re beyond in this day and age is simply untrue.

To live as an intersectional church, we can’t rely on the often empty rhetoric from the past about racial reconciliation when we talk about race and whiteness. Rather, we must repent and repair, as Jennifer Harvey calls for in her book Dear White Christians: For Those Still Longing for Racial Reconciliation. She tasks white people with being the first voices in confessing the ways in which we have actively participated in and benefited from unjust systems. Only then can begin to repair and rebuild our systems and structures – including our missiology and our efforts toward peace and social justice – to reflect an intersectional vision. Taken together, these tasks of repentance and repair, done in Christ’s name, are our starting points for participating with God in the task of the reconciliation of the world.

So white anti-racist allies must continue speaking to our own congregations and communities about whiteness and begin the conversations that will open up our justice and peace work (and all of our systems) to an intersectional critique. We must improve our racial literacy, not just because it’s ‘politically correct’, but because God, “the Great Stuffer of Bags” has called us to love one another. And in order to love one another, we must recognize all that God has carefully stuffed our bags with! We must never erase any part of a person’s identity; instead, we must fully and wholly embrace each individual, recognizing all the ways their (and our) identities are shaped by systems of domination, even by the lenses of whiteness, in Christ’s name. On our journey towards anti-oppression, intersectionality is crucial in order to become a fully inclusive church, participating in God’s mission and cosmic vision for the reconciliation and redemption of the world.

AUTHOR BIO: Alexis Presseau Maloof holds a Bachelor’s in Religious Studies and a Master’s in Writing, both from DePaul University in Chicago. She is a lifelong Presbyterian and an ordained ruling elder in the PC(USA). Formerly a writing instructor and manager of a literacies center at a community college, she is currently an at-home parent of one wild and wonderful little boy and enjoys freelance writing and blogging on her website in her spare time.

The Cost of Reconciliation: A Message for White Christians

Race, Remembrance, and the New Charge

Why White Privilege Isn't Going Away

The Cost of Reconciliation: A Message for White Christians

Reconciliation is at the heart of the Gospel—a core value