A Petition Among Christian Churches and Leaders

“As Christians, we would call upon our churches and our nation to heed the example of Jesus.“ 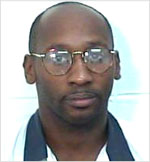 Authored by theologian Dr. George Hunsinger, in the wake of Troy Davis’ execution on September 21, 2011, this petition appeals to Christians everywhere to remember our own state-executed Savior and to end the death penalty once and for all in the United States. One of Unbound‘s many partners, Seminarians for Peace and Justice, writes that “With the contribution of other well-renowned ethicists and theologians, Dr. Hunsinger has created a document that, given the time, energy, and attention, can be an instrument for radical change with the systems that distort justice and peace within our society. This document is an opportunity for the church to respond with a resilient and emphatic “NO” to the ideology of “an eye for an eye” and a “YES” to the reality of God’s grace in Jesus Christ.” 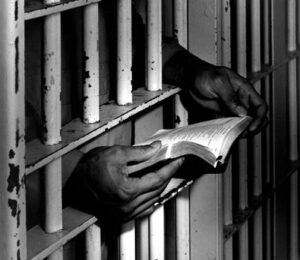 Learn about Amnesty International’s continuing work after the execution of Troy Davis.

Join the work of People of Faith Against the Death Penalty.

Learn more about Troy Davis and his case.

Read a summary of what the PC(USA) has said about capital punishment.

Or, as it says in the MCC Washington Office Guide to the Death Penalty, “Jesus did not die for some sinners. He died for all. Unless we believe that every person, whether murderer or not, is redeemable and must have the chance to be redeemed, there is no real gospel. Depriving a person of the possibility of reconciliation with God and humanity is the real tragedy of capital punishment.”

Dr. George Hunsinger is the Hazel Thompson McCord Professor of Systematic Theology at Princeton Theological Seminary and the founder of the National Religious Campaign Against Torture (NRCAT).
Seminarians for Peace and Justice is a student organization at Princeton Theological Seminary, and includes a sub-group that focuses on prison reform, the cessation of torture, and the abolition of the death penalty.
Share this
Tags:

Can You Be a Christian and Support the Death Penalty?

Thou Shalt Not Kill

Can You Be a Christian and Support the Death Penalty?

You may have seen this debate floating around the interwebs