Article originally published in the Presbyterian Outlook on November 15, 2016: https://pres-outlook.org/2016/11/dont-display-solidarity-express/

This is not a piece about Standing Rock and the water protectors. This is a reflection to expand the narrative of what happened during the clergy action visit to Standing Rock on November 3, 2016.

For information about Standing Rock and their struggle to protect water, please check Native news sources such as IndianCountryNews.com. I also encourage everyone to read the Standing Rock Allies Resource Packet.

A Call to Action

Last month, I joined with over 400 other clergy members and responded to a call for clergy to join in a solidarity action with the Oceti Sakowin and their struggle to protect water.

Central to the efforts of the Oceti Sakowin people is a ritual of sacred fire. When I arrived at the camp, Adrianne, the sacred fire keeper, greeted my friends and me and thanked us for being there. He then explained the significance of the sacred fire, that it had been going since April and how we need to understand it.

Adrianne emphasized that it was an important element of ritual to keep the fire pure. This meant that only Fire Keepers (those designated by elders) are permitted to tend the fire. To respect the sacred fire, it was explained to everyone who entered the camp that they should not take photos of the fire or throw anything into the fire (aside from sage and tobacco while offering prayer).

By the end, it was clear to me that the Fire Keeper informed everyone who entered the camp about the power and importance of the sacred fire and honor its role. I was deeply discouraged by how some members of our clergy group were ignorant of these guidelines.

A Lesson in Solidarity Tourism

When we gathered for the clergy action orientation, the coordinator for the event, Father Floberg, told us that the next day would start with a ceremony at the sacred fire. We were informed that white Christians will repudiate the Doctrine of Discovery to native elders. In addition, the organizers of the ceremony got special permission for us to take pictures near the sacred fire for this event because it would be so historic.

With the knowledge that sacred fire was not to be photographed, why was permission requested? Why did this group of clergy feel so entitled as to think their needs to document this event were more important than honoring the intentions of the native people not to photograph near the sacred fire? The fact that this request was offered and accepted is reminder of the colonial mentality of exceptionalism and justification. It was not a request that honored the camp that hosted us.

At the ceremony, all I could see were cameras and people swarming around the sacred fire. What was supposed to be a sacred event to show our repudiation of a doctrine that oppressed and displaced so many natives turned into what felt like a celebrity staging.

Whose needs were being served through this event of repudiation of the Doctrine of Discovery? If it was really for the native people, if we came to honor their tradition, we would not have taken pictures. It was the needs of highlighting the clergy, not the community, and what the clergy were doing for the community that was prioritized.

After the ceremony, the clergy group walked towards the bridge where our prayer vigil was to take place. But we walked alone; not many people from the camp were with us. The giant cross at the front of our procession felt more like a crusade than a solidarity action.

I left early to go to the camp. It was clear that majority of the clergy did not connect with those at the camp. Many of the folks back at camp didn’t even know what was going on with this large group of clergy who showed up. Then I heard announced across camp that the clergy were heading to Bismarck to the State Capitol.

At Bismarck, 14 clergy members were arrested, which became the dominant narrative that emerged from the whole action. The story was no longer about the Oceti Sakowin people or the Water Protectors.

My main discomfort with the way the clergy group behaved was that it seemed more important to display their solidarity rather than express solidarity. When someone is concerned about displaying solidarity, they make the effort about themselves. They control the narrative and to ensure their experience is validated. They make the story about themselves and not about the people they are in solidarity with. 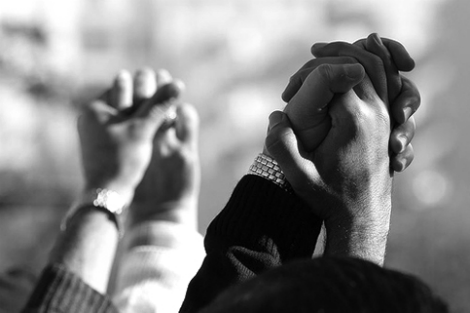 What I observed was solidarity tourism. What I witnessed was exploitative colonialism. From documenting the ceremony at the sacred fire to the clergy rally to getting arrested in Bismarck, the narrative became more about the clergy than those who were protecting water. 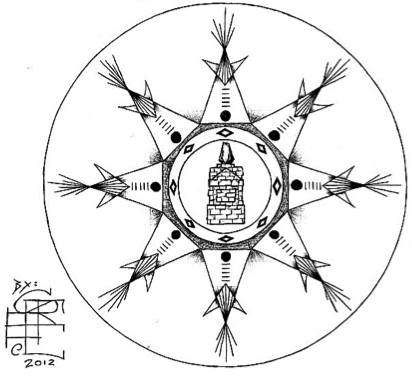 The camp is set up to receive large groups of people (with orientation every day). If you go, go straight to the camp and connect with the Native leaders directly. Go with the mentality of being useful and not with a preconceived notion of what you believe will be a significant contribution. Go with an open heart to express your solidarity rather than to display your solidarity. That may mean you spend four days chopping onions and garlic and not getting arrested. It may mean helping clean up around the camp instead of taking photos. These are expressions of solidarity.

AUTHOR BIO: Rev. Sung Yeon Choimorrow serves in specialized ministry as the deputy director of programs and policy at the National Asian Pacific American Women’s Forum, an organization building a movement through organizing and advocating on issues that impact the lives of Asian American Pacific Islander women and girls in the United States. She is a member of the Chicago Presbytery, worships at Edgewater Presbyterian Church, and lives on the north side of Chicago with her spouse (Joseph Morrow) and their 2-year-old daughter Ella.

For Love of Country

As Close as our Very Breath