There is no debate about climate change.

This is a silence that must be broken. And if this election season has taught us anything about climate change, it’s that neither major presidential candidate sees it as a political priority. Which means it is up to the church to start making some noise.

Average atmospheric energy is increasing, dramatically. The words “existential threat” having been employed hyperbolically for so long now seem quaintly inadequate to describe the scale of the challenge climate change poses to the world. In just the last month, global air pollution passed the 400 parts per million (ppm) of emissions in the atmosphere, an irreversible benchmark of the catastrophe we’ve created for ourselves. We can now anticipate sea-rise and temperature increases that will change the state of our living and the lives of our future generations. No longer can we hope to pass legislation that will keep pollution at the 350ppm level, the level climate scientists believed was the limit of what could be reversed.

So we’ve played God and created a new Earth for ourselves – and not a better one like the Earth envisioned in the Biblical Prophets and the Book of Revelation. Furthermore, it is the most vulnerable people on the planet who will suffer first and worst. That makes this a specifically Christian challenge. As a church, we are called to love and serve the “least of these,” understanding that our own salvation is bound up with their deliverance from bondage. Christ, himself a refugee at birth, calls us to serve the poor and to ease their suffering. Out of this call to love each other and care for creation and the poor comes a mandate to respond politically as well as spiritually. As Reformed Christians we know that our faith and actions, including our votes,  should actively contribute to building the kindom of God on Earth.

If we are to mitigate the worst impacts of climate change, those of us committed to creation care will have a lot of work to do building a sense of urgency, whoever is elected in November. One would think the church would be well situated for this sort of consensus-building work. Churches are often intergenerational gathering places; communities where commitment to volunteerism and organizing toward the common good thrives. However, churches can also be places that are conflict averse, or places where analysis paralysis reigns. When that happens, the church falls as silent as our political leaders.

In order for the church to play the role it is called to play in the movement for climate justice, we who comprise the church will need to build up our tolerance for conflict and hone our sense of purpose. But even as we do build up that tolerance for the long haul, we can still find places of substantial agreement in the conversation about climate change. As Christians we believe in a common and a particular call to care for people who are vulnerable. So, let us begin there. In broad strokes, we suggest thinking about caring for creation in relationship with refugees, the poorest two-thirds of the world, and children as places where the church can and must raise its moral voice about climate change.

While climate change has received almost no attention during this election cycle, refugees have been a continual subject of interest. The xenophobia which has driven the debate around refugees and immigration has obscured the fact that climate change is part of what starts these crises, as in Syria, for example. Starting in 2006, Syria suffered the worst drought it has experienced in 900 years. The drought drove people from the agricultural countryside into the city and increased tension. Climate scientists have argued that the drought was caused by permanent changes in precipitation patterns brought on by climate change.

But it is not just Syria. All of the refugee and migrant crises happening in the Middle East and Europe have been heavily impacted by conflicts over fossil fuels in the region. The same is true here in the Americas, where we recently faced the need to resettle the first American climate change refugees. At this very moment a dramatic standoff is occurring in North Dakota, where indigenous people are resisting the construction of a new pipeline which endangers the entire Missouri River watershed. As our demand for fossil fuels increases, so will the often-violent conflict over supplies and the number of people trying to escape that violence. As sea levels rise, coastlines will shrink. More and more refugees will need to seek out new homes because of political pressure caused by the deterioration of the environment.

Will the church in America be silent as the largest migrations in human history take place? We who have been commanded to welcome aliens, who indeed believe that the stranger and the Christ are one and the same, will we not make hospitality our hallmark?

The Poorest Two-Thirds of the World

In 2015, National Geographic wrote a piece on how climate change will affect the world’s poorest, particularly through increasing food prices as climate change makes it harder to grow food. We already know that people who are poor and people in developing countries will suffer the worst from climate change, even as they have contributed the least to rising carbon emissions. For example, Hurricane Matthew – which wasn’t necessarily intensified by climate change – still shows us the future of climate change’s impact. In Haiti, nearly 1000 people were killed, and those who survive now face the loss of crops and an outbreak of cholera. In Florida and other parts of the United States, about three dozen were killed. Any loss of life from a hurricane is devastating, but the stark contrast in these numbers shows the difference in resilience between a country without much infrastructure and a country with the economic and social capacity to survive.

Will the church in America be silent while the poor bear the brunt of the consequences for our over-consumption? How does this square with our biblical mandate to care for the poor? Will we not make economic justice the centerpiece of our public lives?

Finally, we both have children in our lives who we love very much. Aric has two children and Abby has three nephews, two nieces, and a godson. When we dream of a world for these little growing ones, we wonder how climate change will affect them. As the climate changes, how will that impact their ability to live safe, healthy, and abundant lives? What hopes will they be able to trust in? Who will make local, regional, and global policies which will take their futures into account? What is our responsibility as people of the United States and as Christians as we seek a world for them?

In September, China and the United States ratified the Paris Accords, landmark because these are the two largest carbon emitters. Their (our) commitment to work to keep the planet under a two-degree increase in temperature is imperative if we are to see meaningful and effective global response to climate change. But, as we approach the presidential election, we are faced with a choice between a candidate who will support climate action and a candidate who believes climate change is a hoax. It is necessary for us to speak up if we want a world that’s inhabitable by our descendants in one hundred years.

Will the church in America be silent while the hope of future generations is squandered? We who have been commanded not only to care for the little children, but to become like them, will we not prioritize their welfare over our comfort?

The fact that climate change will disproportionately harm the vulnerable of this world – refugees, people who are poor, children, and others – places a strong obligation on the church to act courageously. However, as people of faith, it is important that we recognize the devastation of creation is a theological crisis as well. God has not only created this Earth and declared it good, God has also summoned us to love the Earth and to spend our lives in harmonious enjoyment of God’s good gifts. Our vocation to love creation is a full-self call: to love creation with our whole heart and soul and bodies, with our buying and moving and voting. When we fail to love the Earth as an end in itself, and instead treat our only home as a bottomless well of mineral wealth, we pollute God’s creative vision, reject God’s providential care, and imperil God’s forthcoming shalom. 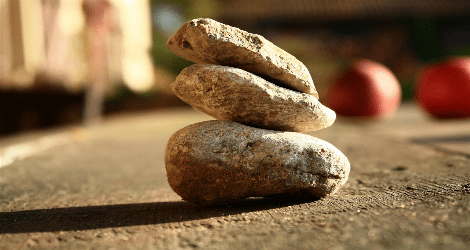 he Bible reminds us that if we do not do the work of the Gospel, even the rocks will cry out. In fact, the ecological crisis is so bad that the rocks do cry out – in earthquakes. The seas cry out in rising tides and melting icebergs. The air cries out in those 400ppm of carbon. All of creation’s cries and groans are the echoes of the cries of refugees, people who are poor, and the children of the planet. Our work in responding to these cries must be taken up in the church and in the world through prayer, organizing, protest, and in the voting booth.

AUTHOR BIOS: Aric Clark is one of the Co-Moderators of Presbyterian Peace Fellowship, super gamer, and creator of fantastic videos. He lives in Oregon with his family. abby mohaupt is the moderator of Fossil Free PC(USA), and artist, and long distance runner. She’s reliving her college years in a dorm in New Jersey as a PhD student.

Shame as a Political Virtue