This One Goes Out to the Nuns

We are saddened that Sister Kathleen Ruszkowski, OSB, died on Thursday, April 19, at her Mt. St. Benedict Monastery in Erie, PA. Until she became ill with cancer she had  served on the staff of St. John the Beloved Roman Catholic Church that is half a mile from our church, Limestone Presbyterian Church. Sister Kathleen would come to our church whenever it was our turn to host Family Promise’s homeless families in our church building for a week (her parish provides the meals while ours provides the space). She was a woman of deep faith, loving service, and great intellect with several graduate degrees. How sad of all days to read on that same day an article titled “Vatican orders crackdown on US nun association” (for promoting “feminist themes”) and earlier on Maundy Thursday, “Pope reaffirms ban on women priests.” The Roman Catholic Church is the largest church in the world and in the U.S.A. (the largest Protestant church in the U.S.A. is the Southern Baptists that also banned women pastors).

This Mothers’ Day, May 13, 2012, we hope many churches will sing again “God of the Women,” Carolyn’s hymn written to the wonderful SLANE tune (“Be Thou My Vision”) that celebrates the faithfulness of biblical women, including as the first witnesses to Jesus’ resurrection, and God calling women to ministry today. See also Carolyn’s other Hymns Celebrating Biblical Women and our annotated list of Books About Biblical Women. Please share the hymn with your friends who support women in ministry for their possible use in May or at other times.

God of the Women

God of the women who answered your call,
Trusting your promises, giving their all,
Women like Sarah and Hannah and Ruth —
Give us their courage to live in your truth.

God of the women who walked Jesus’ Way,
Giving their resources, learning to pray,
Mary, Joanna, Susanna, and more —
May we give freely as they did before.

God of the women long put to the test,
Left out of stories, forgotten, oppressed,
Quietly asking: “Who smiled at my birth?” —
In Jesus’ dying you show us our worth.

God of the women who ran from the tomb,
Prayed with the others in that upper room,
Then felt your Spirit on Pentecost Day —
May we so gladly proclaim you today.

O God of Phoebe and ministers all,
May we be joyful in answering your call.
Give us the strength of your Spirit so near
That we may share in your ministry here.

Hymn Use Permission: Gifts of Love: New Hymns for Today’s Worship by Carolyn Winfrey Gillette (Geneva Press, 2000) includes a permission note for those who own this book to use this hymn (along with the 44 other new hymns in the book) in their local church’s worship services. People who do not own Gifts of Love are asked to contact Carolyn (bcgillette@comcast.net) for permission to use the hymn and to get a copy of the hymn formatted for worship bulletin use.

Hymn Note for “God of the Women”

This hymn celebrates women in ministry and mentions specific women in the Bible and faithful women of today. The first verse’s use of “trusting” parallels the word’s use in the Presbyterian Brief Statement of Faith that uses “trust” instead of “believe,” as it describes examples of faithfulness found in Sarah, Hannah, and Ruth. The second verse’s reference to “Way” is one of the earliest descriptions of Christians (Acts 9:2)). “Mary, Joanna, Susanna and more” comes from the story in Luke 8:1-3, a story of women who supported Jesus with their financial resources. “Learning to pray” is a reminder that Jesus taught women as well as men, going against some customs of his day. The third verse recalls the painful history for women of faith. “Left out of stories” refers to the way in which biblical writers often ignore women (for example, Matthew 14:21 tells that Jesus fed “five thousand men, not counting the women and children”). These slights are minor compared to what Phyllis Trible has written about in her Texts of Terror — the biblical stories like 2 Samuel 13:1-22 and Judges 11:29-40; 19:1-30. The reference to the smiling at a girl’s birth is a positive one, yet too few of the biblical stories celebrate girls’ arrivals or list many women in genealogies. The fourth verse begins with the Easter story where women were the first witnesses to the resurrection. Acts 1:14 tells us that women joined the other followers before Pentecost and also were empowered by the Holy Spirit (Acts 2:1-21). The fifth verse refers to Phoebe. Paul’s personal greetings in his Letter to the Romans has this statement: “I have good things to say about Phoebe, who is a leader in the church… she has proved to be a respected leader for many others, including me” (Romans 16:1-2 CEV). The footnote in the NRSV Bible says the position that Phoebe held can be translated “minister;” as it is in the one other place the Greek word appears — when it describes a man (Ephesians 6.21). “Ministers all” relates well to the Presbyterian Church’s Brief Statement of Faith that affirms “The same Spirit who inspired the prophets and apostles…. calls women and men to all ministries of the Church.”

This hymn was first published in The Presbyterian Outlook. The Episcopal women’s magazine titled Communiqué distributed the hymn widely and its popularity in the Episcopal Church is evident in that the hymn is included in Voices Found: Women in the Church’s Song, the supplement to the Episcopal Hymnal. The hymn has been translated into Japanese by a Roman Catholic group for publication there. In July 2005, the hymn was sung at the church-wide Triennial Gathering of the Women in the Evangelical Lutheran Church in America that celebrated the 35th anniversary of the ordination of the first Lutheran woman pastor in North America. In January 2006, the United Methodist Church Office on Worship posted “God of the Women” on their web site to celebrate the 50th anniversary year of the ordination of women in The United Methodist Church (2006). 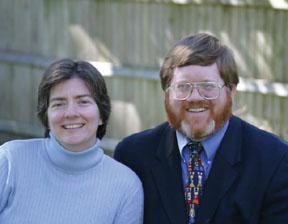 Carolyn Winfrey Gillette is the author of Songs of Grace: New Hymns for God and Neighbor (Discipleship Resources/Upper Room Books, 2009) and Gifts of Love: New Hymns for Today’s Worship (Geneva Press, 2000) and the co-pastor of Limestone Presbyterian Church in Wilmington, Delaware. A complete list of her 160+ hymns can be found at www.carolynshymns.com.
Read more articles from this issue, “Hearing the Voices of Peoples Long Silenced”: Gender Justice 2014!
Share this
Tags:

This Sunday is Children’s Sabbath, a program originally developed by