This week on Unbound we honor National Coming Out Day (October 11) and LGBT History Month (October) with a series of stories from PC(USA) inquirers and candidates for ordained ministry, who gathered this summer to explore their call, support one another, and discover the power of their own voices. Below is the fourth installment of our series; a new article or story will be published each day this week (Oct 8-12). All photos are courtesy of Julie Mack and Christy Pessagno at THEY bklyn.
By Tad Hopp

When I was 12 years old, I knew. By that, I mean I knew I was gay. All I remember feeling at the time was such a deep sense of shame. Like it was something that I needed to be rid of. There was never a sense of pride or excitement about being it, just a sense of fear. Fear that others would find out and that I would be the subject of ridicule, rejection, disgust, and isolation. Fear that no one would love me. Fear that I would be rejected by everyone and be alone. Even fear of God’s judgment upon me for the sin of being gay.

This is what happens when you are a gay teenager in a suburban, fairly conservative town in Texas. For my friends, being gay was a choice and a choice that would lead you to hell. How could I tell these people that I was gay and that it wasn’t a choice? I certainly hadn’t chosen it. How could I possibly tell people who were my friends that I was the very thing they most despised? Short answer: I couldn’t and so I suffered in silence for all those years. It was an awful time. High school is a pretty rough time anyway but when you are a not very well-closeted gay, effeminate, un-athletic geeky teenager in a school full of Southern Baptists, well, it is pretty much hell on Earth. I spent all those years loathing myself and hating who I was and doing my best to hide it. Sadly, I was never very good at hiding secrets so kids picked up on things. High school was full of bullies who were all too eager to pick on somebody like me.

I used to lie awake at night and pray to God to take it away. I used to beg God to make me “normal” and take away these shameful feelings. I didn’t want to be this way. I wanted God to change me. But God never did. And so, I stopped believing. I didn’t want to believe in a God that would hate gay people but also wouldn’t change them. So, I became an atheist although I still went to church every Sunday because I loved the people there and considered them family. I just didn’t believe anything that was preached from the pulpit.

I used to go home at night after school and consider suicide. Almost every day I considered it and all the various methods. I decided that I would either drink bleach or hang myself since we didn’t keep any guns in the house at the time and I can’t stand the sight of blood. I felt completely alone and unloved, and at my lowest point, I came incredibly close to killing myself. I knew I couldn’t do it though. I knew how much it would hurt my family, my mom especially. She depended on me so much in those years to be her strength and support and so I couldn’t take that away from her. Instead, I just bottled up all my emotions and carried on, hoping and praying that it would get easier but also knowing that I could never come out of the closet. I just hoped and prayed that I would someday meet the right girl and she would “fix” me and I would no longer have those thoughts anymore. She would be the solution to all my troubles.

Fast forward a few years. It’s 2009. I’m two years out of college, living at home working a dead-end retail job, up to my ears in debt and I still haven’t met the right girl. I haven’t told a soul about my inner desires still hoping that the right girl would come along and I would be cured. Just before my 25th birthday that year, I met a guy online. We had a great connection almost instantly and decided to try dating, just so long as we could be discreet since I wasn’t out to anybody and didn’t want to be. He was amenable to this but it did seem to bother him slightly. He encouraged me to come out of the closet because he knew that the longer I waited, the harder it would be. I knew he was right. I knew it was time finally to admit the truth, to myself and to others. So, a few weeks later, I started what I like to call my “Coming Out Tour 2009”. I told everyone in my life that I cared about, and you know what? They all were supportive and accepting of it. I got lots of hugs and affirmations and support from people. Most said they had known for a while but were just waiting for me to say something. I didn’t receive a single negative response from anybody and still haven’t. The people in my life now are the people that are supportive of my identity. They are the people with whom I choose to be open about it.

I wish I could go back in time and tell my 12-year-old self how much better my life has become since coming out. I wish I had had the courage to speak up sooner. I wish I had been braver and more self-assured. I wish that I had known that people would have been supportive. Instead, I spent my teenage years and most of my 20s full of self-loathing and suicidal thoughts. I’m not saying that it would have been safe for me to come out to everyone as a kid, or that a public “coming out” is even necessary for every LGBT person. But if I could have come out even just to myself, just seen my sexuality not as a disease but as a gift, it would have changed everything for me. And maybe if I were a teenager now, it would be different. Despite the continued presence of bullying in our schools, acceptance is much more prevalent now in our society. It is so refreshing to see that change just within the last 10 years.

As for my relationship with God: We are doing just fine. I know now that God loves me and has always loved me. God’s love didn’t stop when I realized I was gay and it didn’t stop when I actually accepted that truth and told people. God’s love never stops for any of God’s children. We are the Beloved and there’s nothing we can ever do to change that. Our being loved, much like our sexuality, is not a choice. It’s something we are born with.

I’m in seminary in California now where my sexuality isn’t even an issue. I’m just me, nothing more, nothing less. My life has become much better. I’ve worked through most of my issues and I am proud to say what I am: a happy, stable, well-adjusted, proud gay man. Those are all things I never would have ever thought I would be. I have an amazingly supportive group of friends here at school. I even have a calling on my heart that has led me to the ministry: I want to work with other scared, gay teenagers to show them that God’s love extends even to them. I want them to know that one can be gay and be a Christian and the two aren’t mutually exclusive. I want to do my part to reverse the damage that the Church has caused in the LGBT community. They need to hear it from someone who has been on a similar journey. If I can help even one gay teenager feel God’s love for them and prevent even one suicide, I will feel like I have accomplished something significant.

In the end, I just want to say that it really does get better. No, seriously, it does. I’m living proof of that. I thank God every day for the life I have been given because I know that I almost didn’t have a life at all 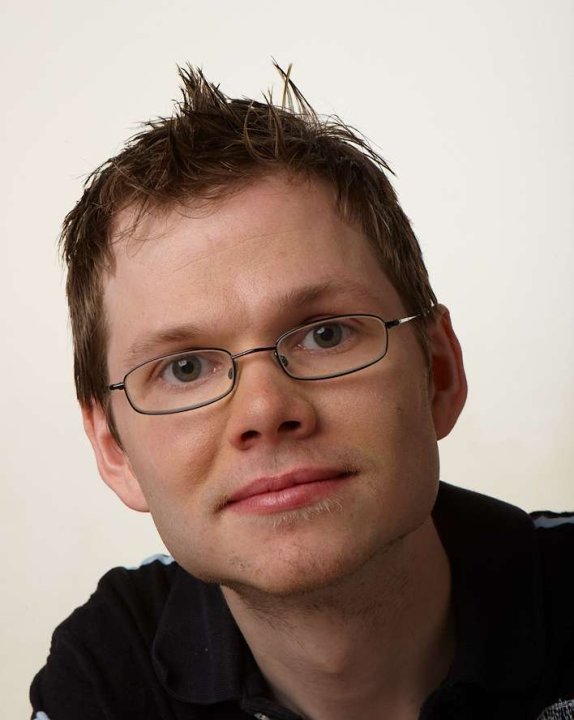 Tad Hopp is currently in his second year in the MDIV program at San Francisco Theological Seminary in California. Before starting seminary, he served as a Presbyterian Church Young Adult Volunteer in Chicago, IL working with the homeless LGBT youth population.
Share this
Tags: