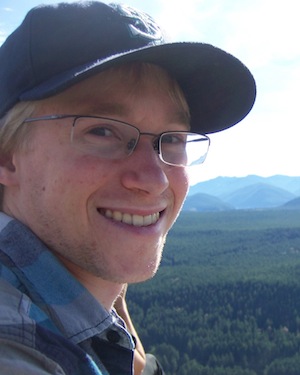 Unbound: What was your role in the education system?

Jim: I worked with a nonprofit organization that partners with schools to provide small-group and one-on-one tutoring, mentoring, and encouragement. Additionally, I provided after-school and summer programming for students and designed extracurricular activities to create a positive school climate.

Unbound: At what type of school did you work?

Jim: I worked in two different schools: both public, both urban.

Unbound: Tell me about the demographics of your students.

Jim: I worked with students in 3rd through 5th grade. Both schools were identified as high needs/low performing. In New Hampshire, my students were majority white, with about 40% people of color, including large African American and Somalian immigrant populations. In Seattle, the majority of my students were people of color, including many African American, Asian American (primarily of Vietnamese, Chinese, and Cambodian descent), Latino/a, and Eastern African students. Around 30% were Caucasian/Non-Hispanic White, and they were the plurality population.

Unbound: Why did you work in education?

Jim: I worked in education because I believe that knowledge and power are inherently related. For some, education can provide a doorway out of poverty and open up new possibilities.

I firmly believe that, at the root of it, our structures of power only have an interest in educating certain people. Our competitive, market-based system can only support so many jobs and needs a perpetual underclass. Thus schools have become increasingly stratified, as access to knowledge becomes a privilege to be privatized and sold to those who can afford it.

Power interests have no incentive to educate the underclass. At best, it will be an investment that doesn’t pay off as institutionalized oppression makes it all but impossible to break through class lines; at worst, it will allow people to see and understand the lot they’ve been given and potentially develop the understandings, tools, and capacities to actually do something about (i.e. push back against the structures that harm them, the very structures the powerful have an interest in protecting).

What we know (or think we know) affects how we act. Many schools today are caught up in teaching a standardized set of facts that distracts us from critical thinking, from imagining ways of living that are actually enjoyable, that don’t perpetuate an underclass, and that don’t destroy the planet.

Lacking the power to change the standards, at least in my capacity as a volunteer tutor and mentor, what I can do is help students meet them with less stress, and give them a supportive ally. In this role, I hope to help them build confidence in themselves and their abilities that will ultimately allow them to engage in more critical thought.

Unbound: Did your worldview and beliefs about religion and ethics affect your work in the school system?

Jim: My ethical beliefs lead me to resist structures of inequality. Working to help students who have been disadvantaged by school funding in their zip code, or stresses over which they have no control, is one way to help break cycles of oppression.

Unbound: What was the most challenging part of your work?

Jim: Accepting the reality that there are students and situations where you just won’t be able to get through to them the way you want to. Balancing the urgency of wanting to help and the understanding that change never works as planned. Balancing your hopes with a student’s needs.

Unbound: What was the best part?

Jim: Moments when students feel proud of themselves and it shows on their faces. Too often, the students I work with feel like they are failures, and in many cases that’s what they have been told. Seeing them light up with a sense of accomplishment and agency is invaluable.

Unbound: Based on your experience, if you could magically enact one large-scale change for education in general, what would it be? Why?

Jim: A move away from standardization and toward student-directed learning. Children are the most creative force on the planet. Why do we sit them down and line them up and tell them there’s one right way to speak, to live, to act?

That said, our larger society and job market is structured the same way, so larger structural change is necessary – you can’t “fix” education in isolation. But what if we didn’t spend 13 of our first 18 years being molded for a workforce? I don’t mean to discount the real human need for financial security, but what if we created structures that allow communities to meet their material needs in a way that’s consistent with the needs of the human spirit? What if education was a learning process through which we actualized that possibility?

Education and Formation: Personal and Public, Civic and Spiritual

Pedagogy for the Distressed

Thinking about the Mission of Public Education Setting the Stage: Why Does

“I have come that they may have life, and have it to

Educating for Values, Not Doctrine

The Kirk School What is this anomaly?! A church school that doesn’t