“No one should have their money in this. Especially not a church.”

An interview by (Rev.) Patrick David Heery of Elisha Baskin (pictured above), an Israeli young woman and member of Jewish Voice for Peace, on the topic of divestment in the occupation of Palestine

Her name is Elisha Baskin. She is Israeli. She is Jewish. And she supports divestment—divestment in companies supporting the occupation of Palestine.

Born in west Jerusalem two years before the first Intifada broke out, Elisha has lived what most of us have merely read about. Elisha lived through the Gulf War and the second Intifada in 2000, when, she says, “Jerusalem was literally exploding.”

Elisha’s Story:
Challenging Dominant Narratives
And yet her life has also been distinct from the narrative so often told by U.S. media. Elisha’s parents intentionally encouraged her to become friends with Palestinians. While she witnessed firsthand the fear and violence to which many Israelis were subjected, she also saw the violent occupation, the demolition of homes, the uprooting of olive trees, and the humiliating detention of Palestinians.

“That was the environment of my youth,” she said. It was an environment of violence, but also of friendship, on both sides, and the inevitable tension that develops when you love too many people, too much.

In the eleventh grade, Elisha went to Poland to visit the concentration camps of the Holocaust, the Shoah. And it was there, surrounded by the awful consequences of nationalism and militarized fear, that Elisha decided she could not, in good conscience, serve in the Israeli military. It was the height of the second Intifada, and Elisha was already being recruited to serve in the army by accompanying wounded soldiers and their families. She found herself in a dilemma: she wanted to care for these families and wounded soldiers, but, she asked herself, “How do I support them when I don’t think they should be there in the first place?”

It wasn’t that she suddenly equated Israel with Germany—far from it. Rather, having seen the suffering and violence endured by her people, she felt a new sense of solidarity with the Palestinians.

And in that solidarity, Elisha went before the conscientious objection committee of the army. “I thought I was going to prison,” Elisha said, as she explained that few people were granted CO status. But the committee heard her case, as she told them, “I want to serve society; I want to serve, but in a civic, non-military way.” In what Elisha describes as a stroke of luck, the committee granted her CO status. She became the first person in Israel to have a recognized civil service position with Amnesty International.

It was only two years ago that Elisha came to the United States in order to pursue graduate work at Brandeis University. There, she became involved with Students for Justice in Palestine and Jewish Voice for Peace (JVP). Elisha speaks of JVP with remarkable love, as if it was less of an organization and more of a family. “I had never felt,” Elisha says, “like I had much of a home in the Jewish community,” but that all changed with JVP, where she discovered justice-committed, often young, Jewish women and men refusing to tote the line on Israel’s state policies.

The Reasons for Divestment:
A Jewish Legacy
Now, she and other Jewish Voice for Peace advocates, many of them young adults, have come to the Presbyterian Church (U.S.A.) 220th General Assembly to support overtures for divestment.

She emphasizes that her opinions are just that: opinions. They do not necessarily represent the official positions of JVP, though JVP has come out in favor of selective divestment.

When I asked Elisha why she supported divestment, she said, “Since this conflict has erupted, all avenues for resolution have been exhausted. I see divestment as a last resort, and it is a nonviolent resort, for we have seen that violence fails.” For Elisha, this is primarily about allowing the oppressed to determine for themselves the agenda for liberation: “We are being called upon by the people in the struggle, and it’s not my place to define the boundaries of their liberation.” This is no random cause: “It has been asked upon us.” She voiced frustration as she explained, “I have seen, far too many times, people [particularly in the West] tell Palestinians that they know what is best for them… The Palestinian voices are heard, we hear them, and this [divestment] is what they are saying. I’m done with the patronizing colonial approach in which we tell people how to liberate themselves.” It’s time, she says, we shut up and listen.

If we listen, we will hear a thoughtfully strategic call from Palestinians for divestment that is both selective (i.e., does not endorse a blanket boycott of Israel) and accompanied by specific guidelines.

For Elisha, though, this is also personal: “I’ve seen people sleep on the ruins of their own homes, with toys and furniture crushed under the rubble, and then sent bills to pay for the demolition of their homes.” Punitive measures like these are common in east Jerusalem, where, she says, it is nearly impossible to obtain a housing permit, and so, on the slightest provocation, such as the addition of a balcony to a house, homes are ordered destroyed.

She has seen olive trees ripped from the ground and planted along roundabouts in Israel—trees that, she explains, are as significant to farmers as the roofs over their heads. They represent more than income, more even than the difference between having food and going hungry; they are, quite literally, “their last roots, the roots that connect them to their land.”

“No one,” Elisha says, “should have their money in this. Especially not a church.” These demolitions, detentions, and other activities are not hidden. They happen in broad daylight for everyone to see. For Elisha, “it is clear; these [bulldozers] are weapons. And this is done in the name of my security. This does not represent my security needs.”

Nor does it represent, for Elisha, the Jewish faith. “The history of the Jewish people,” Elisha says with conviction, “is one of oppression. We know what it is like to be the minority, to be vulnerable.” Moreover, it is a history of “solidarity with the foreigner and the other,” evident in the significant roles played by Jews in the labor movement and the Civil Rights Movement in the United States. To be Jewish is to stand with the oppressed and, she adds, “to be critical and ask questions.”

Here, for Elisha, is hope. It’s not that the sufferings are equal or identical, she says, but they are both real—Israeli and Palestinian: “If we can just learn our histories, we will begin to come closer.” But—and this is why divestment as a means to end Israeli oppression of Palestinians is so essential—this mutual story-telling, this dialogue of history and experience, cannot happen fully until people have equal seats at the table, until it is no longer a conversation between occupier and occupied, but a conversation between residents of a common, mutually sacred land. 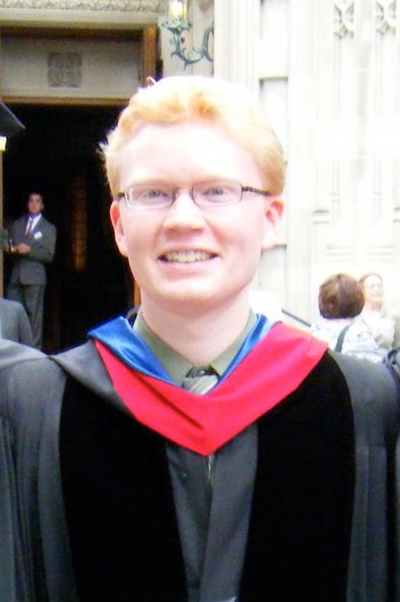 The Rev. Patrick David Heery is an ordained Teaching Elder in the Presbyterian Church (U.S.A.) and is the Managing Editor of Unbound. Patrick earned his Master of Divinity degree at Princeton Theological Seminary. He traveled to Israel and Palestine in 2006 with a Jewish synagogue, worked with Amnesty International in exploring the human rights dimensions of the Israeli-Palestinian-Lebanese conflict, and was the Assistant Director and Community Discussion Coordinator for Ohio University’s “Difficult Dialogues” Program, bringing together Jewish, Muslim, Christian, Hindu, Buddhist, Unitarian, and other religious communities.
Share this
Tags: