Last Thursday, March 1, 2012, Presbyterians all across the country hand-delivered letters to their governors, saying no to private prisons: not in our state, not anywhere. Forty-eight governors in total received letters faxed, emailed, and delivered. It was the first act of the newly formed Presbyterian Criminal Justice Network, based squarely on General Assembly policy. And it was in direct response to the “corrections investment initiative” from Corrections Corporation of America (CCA) seeking to purchase state-owned correctional facilities. To ensure profitability, the states would need to commit to privatizing their prisons for 20 years and guarantee a 90% prisoner occupancy rate. So much for rehabilitation and ending recidivism.

This new Network’s action came just two weeks after the February 17-19 criminal justice convocation at Stony Point Center in New York, organized by the Presbyterian Health, Education and Welfare Association (PHEWA). Just two weeks… leading one person to exclaim, “In all my years as an ‘activist’ in prisoner advocacy, I have never seen a group work so fast and effectively!” Another simply said, “I am in awe.”

During that February conference, one phrase kept being repeated: it’s about time.

Where are the Presbyterians?
For several years now, the Presbyterian Church (U.S.A.) has been without an office for criminal justice. While congregations and individuals have been active in ministry and advocacy, there has been, since 2006, no one to resource, organize, and coordinate these local efforts on behalf of the church and for the sake of sustained, national change. This is despite the fact that the PC(USA) has a long history of engaging this subject, including the 2003 General Assembly resolution calling for the abolition of private prisons.

Challenges and Opportunities
As we gathered together on that oddly warm weekend of February 17, we were confronted with a stark reality: over 2.4 million people incarcerated in the United States, with rates higher than any other country; recidivism rates often at 70%; prisons over-crowded with high percentages of non-violent drug offenders; a movement to privatize prisons for profit and thereby dis-incentivize criminal justice reform and rehabilitation; and a system that disproportionately affects (targets) people of color in what Michelle Alexander has called “the new Jim Crow.”

As we listed the challenges before us, we acknowledged that we had an uphill struggle before us. CCA, after all, had already sent letters to 48 governors, and here we were, just “talking” about starting a network. They are organized. They are funded: CCA alone brings in billions of dollars per year.

But what could have turned into a gripe session became a detailed analysis of strengths and weaknesses, opportunities and threats. For we have much on our side. The cause of criminal justice is reaching public consciousness in ways not seen before. Michelle Alexander’s book The New Jim Crow: Mass Incarceration in the Age of Color Blindness has galvanized a movement in churches and communities all across the country, including the To Be Free At Last campaign, organized by the Samuel DeWitt Proctor Conference of African American churches. Staff and faith leaders in the United Church of Christ, United Methodist Church, and now the Presbyterian Church (U.S.A.) are devoting growing energy to the plight of the incarcerated, with the United Methodists even voting to divest from private prisons. New York Theological Seminary is training men and women who are incarcerated to be ministers. In California, millions of dollars were diverted from prisons to alternative forms of justice simply because “churches got involved.” Notable media such as The New York Times and The New Yorker have recently published on the subject. According to Rev. Sala Nolan, the movement to save Troy Davis and his subsequent execution catapulted part of the movement called “Occupy.”

Even our weaknesses might prove to be strengths. All over urban America there are vacant churches that could be adapted to include halfway houses and new worshiping communities.

It’s a Moral Argument
Basically, and perhaps most importantly, we have the moral ground: it is wrong to incarcerate and subject to violence so many people for whom there exist viable, alternative forms of justice; it is wrong to prioritize retribution, profit, and simply “warehousing” people, over community, family, and individual restoration; it is wrong to allow racism and other biases to continue unchecked in our “justice” system.

Argued positively, these are our brothers and sisters in whom Jesus Christ himself resides (Matthew 25), and we have a responsibility to them. Our greatest opportunity is simply to get someone inside a prison, to talk with a currently or formerly incarcerated person, to listen, to enter a storied relationship, and be transformed. Because, it is much harder to “lock ‘em up and throw away the key” when you know, and care about, the person being locked up.

The PHEWA Criminal Justice Convocation
It was this moral argument and these relationships that brought people to the conference: pastors, deacons, prison reform advocates, community organizers, prison ministers, the formerly incarcerated, people with family and neighbors incarcerated. One woman who had been doing re-entry ministry said, “I am haunted by the people we left behind.”

Among the speakers were:

PHEWA was intent on making the conference more than a “Criminal Justice 101”. Of course, there were sessions devoted to raising awareness on various subjects, including death penalty opposition, restorative justice, prison ministry, prolonged solitary confinement as mental torture, prison privatization, and contract prison labor. But the real question was: How do we integrate these and other issues into a focused network organized for change?

While whole articles could be written on the discussions led by the various presenters and organizers (and perhaps will be offered in a future journal issue of Unbound), the culmination of the convocation was Sunday morning as we gathered to discuss “next steps.”

Not Just Another Committee
It had been a long weekend. We had heard many depressing statistics. Honestly, I would not have been surprised if Sunday morning’s meeting yielded little more than half-hearted commitments and a desire simply to go home. Most conferences, after all, raise a great deal of awareness and… well… that’s about it. People speak prophetically, bang their fists on tables in indignation, but when commitments and action are sought, the room becomes silent; people murmur about how busy they are and edge for the door.

Yet, that is not what happened on this particular Sunday morning. The participants were enthusiastic, energized. We immediately launched into planning an action—the response to the CCA proposal to the forty-eight governors. We collectively determined our identity: we would fulfill a unique need by focusing on mobilizing Presbyterians, while networking and partnering with ecumenical and inter-faith efforts. Our mission: “To end the mass incarceration crisis and put people before profit.”

Though it was tempting to delve into the nuances of formulating a complex mission statement, 501c3 status, and other details that we structured Presbyterians adore, the group resisted: that structure will come, but for now, they said, we need to seal this community in baptismal action. This, it was clear, was not going to be just another committee.

The letter is just the start, but a clear signal to privatizers that at least some church people do not see prisoners as a cash crop. Where the Presbyterian Criminal Justice Network will go from here is an open question. But it is a provocative question. Because if the Feb. 17-19 conference is any sign of what is to come, if people driving hours to hand-deliver a letter to their governors on just a few days notice is any indication of the commitment already invested in this endeavor, I suspect we are the witnesses of the birth of a significant movement.

If that is the case, then the next question is: Will we simply be witnesses, on-lookers, or will we be active participants, able to say: we were there, from the beginning?

Read the PCJN letter to 48 governors in response to CAA proposed prison privatization. Click here for the CCA letter to which PCJN is responding.

ACTION: Share the PCJN press release with your local and national media.

ACTION: Deliver, email, or fax a letter, saying no to private prisons! Here is a sample: just change the governor and state. If you would like a letter personalized for your state, contact Trina Zelle, Executive Director of PHEWA, at (602) 796-7477 or phewainfo@gmail.com.

Read coverage of PCJN’s action and formation in The Nashville Scene (CCA is based in Nashville), The Daily Kos, ACLU, and The Presbyterian News Service (see the PNS full article on the conference).

Read the 2003 General Assembly Resolution Calling for the Abolition of For-Profit Private Prisons.

Check out the PHEWA resource website, where you can find materials for Criminal Justice Sunday.

Want to join the network? Contact Trina Zelle, Executive Director of PHEWA, at (602) 796-7477 or phewainfo@gmail.com. 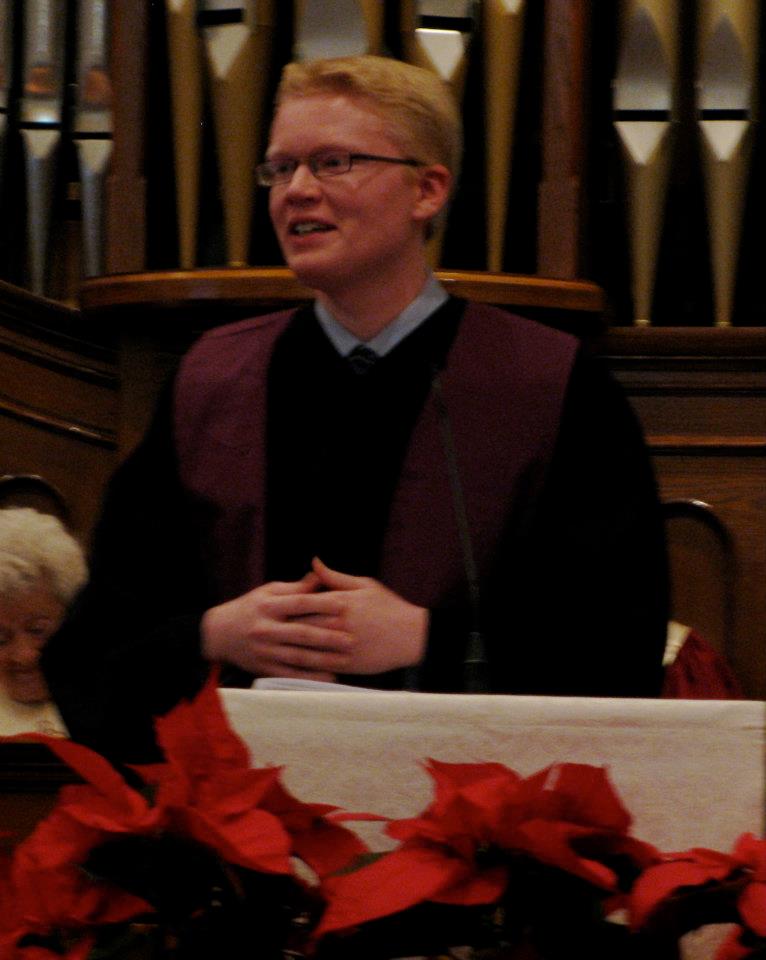 The Rev. Patrick David Heery is the Managing Editor of Unbound and the Social Media/Witness Associate for the Advisory Committee on Social Witness Policy. He is a recent grad­u­ate of Prince­ton The­o­log­i­cal Sem­i­nary with a Master’s of Divin­ity, and is also newly ordained in the Pres­by­ter­ian Church (U.S.A.). Patrick served for a year as a prison chaplain at Albert C. Wagner Youth Correctional Facility in Bordentown, New Jersey; has been trained in faith-based community organizing by PICO; and has experience in prison reform, death penalty abolition, and restorative justice advocacy.
Share this
Tags:

Abolition and the Cross: Reimagining Society and Salvation through Restorative Justice

To Break the Shackles

Iran Bombing Threat: Creating a Mindset that Leads to War

Day Two Update from the Fast for Fair Food

Abolition and the Cross: Reimagining Society and Salvation through Restorative Justice

I was recently at a book club facilitated by Abolition