Bacteria soup is our home. The world around us and the world inside us are a made up of a complex web of microorganisms. Bacteria are more numerous in your body than human cells by a factor of more than 20 to 1. Likewise, just a handful of living soil has billions of bacteria and other microorganisms – you can hold more beings in your hands than the combined human population on Earth. This all makes sense if you recall that in Genesis, God made humans from the soil. We are the soil and the soup. Not only connected, but one and the same.

Take care of the bacteria soup and it will take care of you. Speaking as an educator and farmer on a biodynamic community-supported agriculture farm, many lessons circle back to the benefits of living soils to the health of plants, animals, people, and the planet. At our farm, we feed and grow the soils – teeming with bacteria, fungi, and other microorganisms — with a robust fertility program. While we may not know the names of the tens of thousands of species that inhabit the soil food web, we do know that these microscopic creatures are essential for healthy crops and livestock.

Mess with the soup and you invite disease. While the vast majority of bacteria are helpful to health, some are not. Recalls of bacteria-tainted meat in the press remind us of that. Out of fear and technological ingenuity, we may be tempted to irradiate the meat to kill all bacteria, but why not pause for a moment and ask: What do these bacteria tell us? It turns out that we invited these virulent strains of bacteria to the table. When farmers decided to remove cows from grass, their natural ecosystem, and fatten them on grain in feedlots, we fundamentally changed the bacteria soup in the gut of the cow and favored the growth of harmful bacteria.

Restore the ecosystem and you restore health. Fortunately, when you put cows back on grass, you restore the ruminant-grass relationship, a partnership that has co-evolved over eons, and the populations of harmful bacteria disappear! Many feedlots are now “finishing” cows on hay in the final weeks before slaughter to take advantage of this restorative fact. Our farm goes further towards health – our cows live year round on pasture, and no grain is needed.

In October, 2012, after seven years of odd health problems, misdiagnosed maladies, and treatments that never addressed the problems, I was diagnosed with advanced Lyme disease. I had intense waves of fatigue, brain fog where I could hardly think, pain throughout my body, and panic attacks (all in addition to more than 25 other symptoms that came and went without warning). The Lyme bacteria, most likely “gifted” to me via one of many tick bites, had worked its way throughout my muscular-skeletal, circulatory, and neurological systems and brought me down. I spent days and then weeks in bed, in and out of a nearly vegetative state.

I visited more than a dozen specialists last year alone and none mentioned Lyme as a possible cause. All were as ignorant or misinformed about Lyme as I was. Doctors disagree about Lyme from start to finish – testing, diagnosis, treatment, even the very definition of Lyme. This is no small problem. According to the Centers for Disease Control (CDC) there are more than 300,000 new cases of Lyme each year, and it is the number one vector-borne disease in the US. The northern Illinois state-line region, where I live, is now “high risk” for Lyme – one in five deer ticks carry the Lyme bacteria.

I was facing a great challenge: bacteria from a tick made me this sick and my entire life revolved around living outdoors and connecting people to the land.

How could this happen? I had been bitten my ticks my whole life. I ate well, exercised, went to church, did work that filled my soul, helped elders across the street — I thought my immune system could beat back anything. Now, I wondered if I was permanently disabled.

After nine months of treatments to boost the immune system and reduce the populations of the unwanted bacteria (antibiotics), I am just beginning to feel like normal again  — some days (an average treatment period for advanced Lyme is somewhere in the range of 1-3 years). My treatment strategy parallels strategies we use to deal with weeds on our farm. The long-term strategy to reduce weeds, the plants we don’t want, is to build living soils that favor the health of the plants we do want. The short-term strategy is to cultivate (mechanically remove the weeds). The antibiotics are short-term – remove the weeds – while the rest of my treatments are aimed at long-term health (my body ecosystem with healthy bacteria soup) and a stronger immune system. 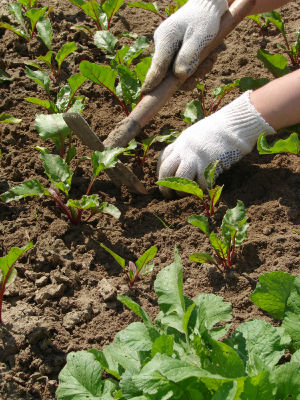 Thankfully, the treatments are working, and my mind is now clear enough to ask:

I don’t have all the answers. I’m living with these questions. I just have a few very subjective first impressions:

Could it be that Lyme attacked me because I was weak and stressed? I admit I have pushed my body too hard and for too many hours, year in and year out. My passion combined with my athlete’s mentality of “no pain, no gain” leads me to regularly push myself beyond tired. If anything was missing in my life, it was rest, relaxation, and the healing recuperation that comes from a good party with friends and family.

To heal, first and foremost, I’ve had to learn to listen to my body and follow its cues. It demands rest. So now I sleep until I feel rested rather than wake to an alarm. I take a nap every afternoon. Unlike past years, I scheduled my summer vacation months in advance. I’m blessed with vibrant and nutrient-dense fresh produce from our farm so I let food be my medicine (Hippocrates). And I have faithfully taken a regimen of probiotics (billions of bacteria!), vitamins, minerals, amino acids, and herbs to restore what my body lost in its long battle with Lyme.

Lyme destroyed my body on multiple levels, but at its worst it is a disease of the spirit, stealing away passion, desire, and the will to live. In their place it leaves exhaustion and a deep apathy. In my life, I’ve heard God’s call most often through the passion and energy God puts in my heart and soul. These waves have guided me for 54 years. With Lyme, for the first time in my life, I felt completely spent and (pardon my language) just didn’t give a ‘f*!&’. This unfamiliar attitude underlined the seriousness of my illness and frightened me, but it also pointed me towards more than physical healing. I became aware that my body would not heal unless I addressed this holistically – on physical, emotional and spiritual levels.

Lyme is one more sign that humans are taking an ungodly toll on the planet. Some scientists suspect that the spread of Lyme is in part due to the warming planet and destruction of ecosystems. For decades, the world community has known about this, but we have not acted with sufficient resolve to reverse the destructive losses in forests, fisheries, soils, water, and more that, if allowed to continue, may lead to a total ecosystem break down. Scientist after scientist point to the loss of species and ecosystems, and we don’t seem to care enough to act. How ironic it is that Lyme, a disease that erodes not just the body but the spirit, may be deepening our collective apathy. Lyme underlines that we need to find our resolve and act. 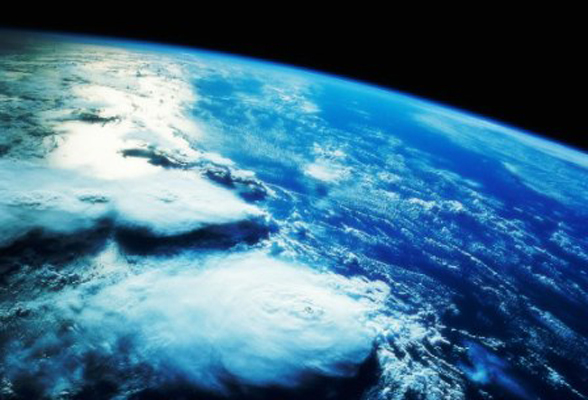 Lyme is a demanding teacher and I am, at times, a most unwilling student. However, the gifts of Lyme are beginning to reveal themselves.

Lyme teaches perseverance. When I worked at the YMCA years ago, we came out with a character campaign that promoted respect, honesty, responsibility and caring. A Native American colleague asked me: “Why don’t you include long-suffering or perseverance?” For her tribe, this was every bit as important as the character values the YMCA was promoting. I grew up with privilege: male, perceived as “white,” born to middle class parents with college diplomas, a US citizen. At the time, while I valued my colleague’s point, I lacked the life experience to empathize. With Lyme, I am getting schooled in perseverance and her words have new meaning to me.

It teaches gratitude. My illness, in its taking away and giving back of even the most basic things, is making me a more grateful person. It teaches awe and admiration. A theologian once said that we are placed down in the place that is most suitable for our unfolding. This Earth is our place to thrive and suffer in this unfolding of who we are. As an educator on an organic farm, I may fall victim to focusing more often on the beauty of the Earth rather than its dangers. But Lyme is a reminder of the destructive side. It has caused the early death and suffering of an untold number of people and animals. At the same time, I am awestruck by its complex life cycle and its ingenuity at deceiving the immune system. I feel admiration for it even as I hate what it does to me and others.

Lyme teaches an awareness of the reality of impermanence, aging, illness, and death, and how our actions right now ripple out forever into the world around us. At the same time, Lyme attunes me to the healing light and love of God. I have a Salvadoran hand painted crucifix on the wall next to my bed. At my sickest and most delirious moments, Jesus moved off the cross and hovered near me. At times a light beamed off the cross towards me. A friend passed me a short booklet with Biblical passages about healing, and I read it repeatedly as meds for the soul. A Reiki practitioner offered daily treatments of healing light.

So as I heal, am I going outdoors again?  Yes. Do I continue to encourage others to go outdoors? Yes, I do.

I believe, even more now than before, that the first Bible is Creation. Like a cow on grass, to be whole we need to know and live in relationship with the Earth. A farm like ours is the best place I know where people meet Creation in its fullness and learn to negotiate a healthy relationship. Over the long-term, on our farm and the ever increasing number of farms like ours, we heal the Earth and ourselves at the same time. And yes, in the short-term, there are still weeds and ticks to deal with on the way towards healing. Go out, but please: do a tick check every night! 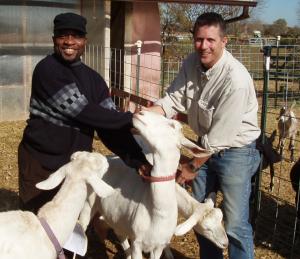 “Children are dying”: Climate Crisis and the Rivers of Babylon