In the mid-to-late twentieth century, scientists conducted a series of experiments on groups of rats.

In the early experiments, the rats were housed in cramped, isolated cages where they received a regular supply of food, water, and morphine. What the researchers found is that these rats would regularly become addicted to the morphine, even preferring it to water and food. These experiments were widely cited as evidence that morphine and other drugs are so powerful that they can take over a user’s brain – overriding rational thought, free will, and even the instinct to survive.

In later experiments, the rats were housed in spacious cages with plentiful food, water, toys, and fellow rats of both sexes. In this environment (dubbed ‘Rat Park’ by the scientists), these rats were also given ready access to as much morphine as they wanted. What the researchers discovered is that the socially housed rats tended to have little interest in the drugs, preferring instead to invest their energy in the rich, full life available in Rat Park.

What the Rat Park experiment accomplished was to shine light on the reality that quality of life in a community environment plays a role in the process of addiction and prevention. Isolated, stressed-out rats in cramped cages tend to become addicts. Happy rats in healthy environments tend to avoid the drugs. Could the same be true for human beings?

Throughout the Hebrew Scriptures, the term shalom is repeatedly used to describe “the state of whole and ordered righteousness both in individual and community life.” Shalom is characterized by “peace, wholeness, health…balance of harmonious and right relationships to God, to neighbor, and to self”. [1]

Shalom is God’s great gift and hope for the earth:

“Then justice will dwell in the wilderness,
and righteousness abide in the fruitful field.
The effect of righteousness will be shalom,
and the result of righteousness, quietness and trust forever.
My people will abide in a habitation of shalom,
in secure dwellings, and in quiet resting places.” (Isaiah 32:16-18)

“But seek the shalom of the city where I have sent you into exile, and pray to the Lord on its behalf, for in its shalom you will find your shalom.” (Jeremiah 29:7)

In the New Testament, Jesus continually expresses God’s hope for the world as ‘the kingdom of God’ or ‘the kingdom of heaven’. Jesus taught his followers that the kingdom of God is both a present reality (“The time is fulfilled, and the kingdom of God has come near.” [Mark 1:14-15]) and a future hope (“Your kingdom come. Your will be done on earth as it is in heaven.” [Matthew 6:10]). The defining characteristic of the kingdom, for Jesus, is that it exists wherever God’s will is done. 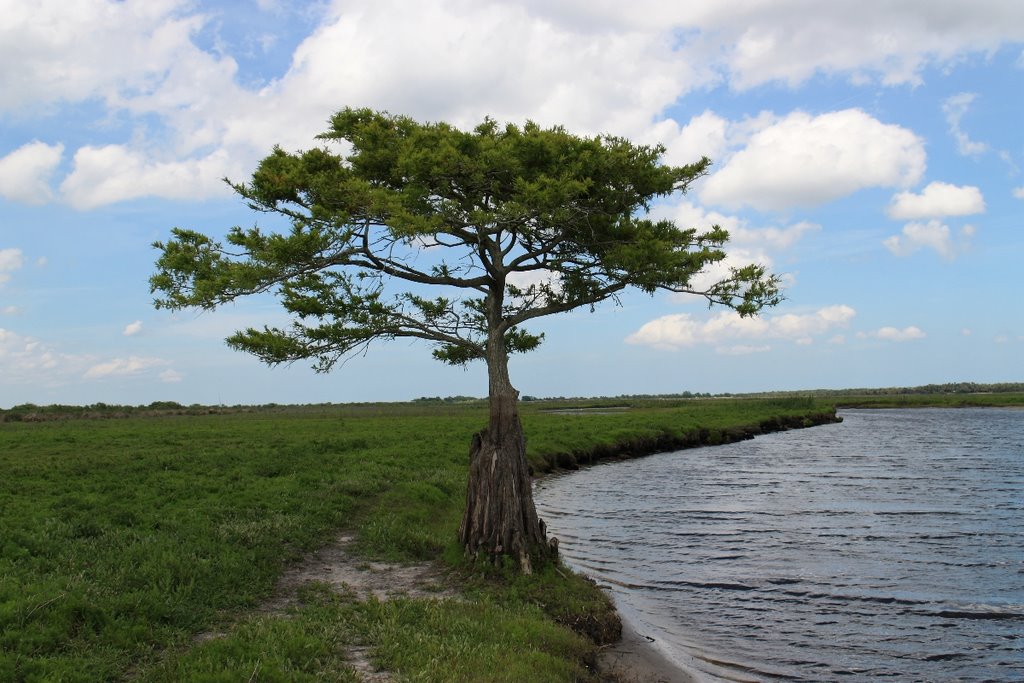 The coming of the kingdom is a gradual process, like a tiny mustard seed growing into a great shrub or a bit of yeast leavening a loaf of bread (Matthew 13:31-33). The kingdom of heaven comes to earth, in part or in whole, whenever and wherever God’s dream of shalom is fulfilled. We, as God’s people, are called and commissioned to participate in the coming of the kingdom through our prayer and work in the world.

Jesus taught his followers to make the pursuit of shalom in the kingdom of God their highest priority in life, even at the expense of their own desire for personal survival, security, and prosperity:

Rooted and Grounded in Love

Jesus summed up in the fullness of God’s will for humankind in the two-fold law of love: “‘You shall love the Lord your God with all your heart, and with all your soul, and with all your mind.’ This is the greatest and first commandment. And a second is like it: ‘You shall love your neighbor as yourself.’ On these two commandments hang all the law and the prophets.” (Matthew 22:37-40) St. Paul wrote in his letter to the Romans, “Love is the fulfilling of the law.” (Romans 13:10) The law of love is the law of God’s kingdom.

For Christians, love and shalom begin with our central concept of God: the doctrine of the Trinity. Within the eternal network of relationships between the three persons of the Father, the Son, and the Holy Spirit, there is perfect harmony. The Trinity is the womb from which the universe springs, in all its beautiful diversity.

Since Christians believe in God as relationship between persons in community, we further believe that our human relationships in church and society are meant to be a resonant echo of that perfect love. Sadly, we fall far short of that standard on a daily basis. Our relationships get regularly tainted and tangled up in the sinful mess of our own arrogance, vanity, greed, violent rage, objectifying lusts, insatiable hungers, and inert laziness. We develop ingrown souls and societies as we place ourselves, our individual needs and wants, and our personal fears and prejudices at the center of our own little universes.

The United States’ War on Drugs is a losing battle that has stifled the growth of shalom and deepened our society’s self-centered addiction to power and control. The United States has wasted its resources on faulty solutions that have only made the drug problem worse.

The 205th General Assembly of the Presbyterian Church (U.S.A.) acknowledged the following facts in 1993:

In an addicted society, the “war on drugs” is one of the symptoms of the illness of addiction in the culture. In the war on drugs, enemies are the people that the affluent culture projects its fear upon. In this nation, the enemies are predominately people of color.

Because it represents an economic opportunity, drug sales have attracted the underclass. They have become, in large part, the nation’s pushers. Drug money has fostered violence, criminalization, and the proliferation of light arms sales. Even more than the health hazard of addiction, the culture of violence endangers these communities. The “war on drugs” is, in fact a low-intensity conflict in some communities. As such, our history in Vietnam—where we fought without winning over the local population—should be instructive.

Mandatory sentencing policies, property seizures without due process, and sharply increased criminal punishments for possession have not ended the drug trade. Although four out of five people who use drugs are white, the vast majority of criminal actions are taken against minority men, whose arrest and conviction put them at a disadvantage in the job market for a lifetime.

While time and attention is focused on low-level dealers, banking interests that launder drug moneys and manufacturers who produce the chemicals that make drug production possible largely escape investigation and regulation.

Domestic denial fosters racism. Internationally, our denial projects the responsibility for our own drug use on other nations. We invest in preventing the importation of drugs, rather than reducing the demand for them by economic and educational justice. This projection has led to militarization of our relations with other nations, and a policy of low-intensity conflict, in countries where drugs are produced. [2]

When our task force gathered to begin our research, our members already agreed that the War on Drugs had failed. All of us had read the data and seen the destructive effects of the Drug War firsthand. We agreed that a new approach was necessary. The question before us at that point was: What form should a new American drug policy take?

Our team members come from diverse theological, political, and professional backgrounds, as do the many panelists from whom we have heard. We have heard testimony from judges, pastors, lawyers, doctors, activists, DEA agents, counselors, professors, elected officials, and displaced victims of violence on both sides of the border between Mexico and the United States. Each task force member and panelist has brought something new, unique, and helpful to our deliberations.

What took the task force by surprise was the moment when we began to pick up on a common thread running through these various testimonies: Drug abuse should be treated primarily as a public health issue, rather than a criminal justice issue.

Every one of the professionals with whom our task force spoke agreed that chemical dependency arises as a result of a combination of factors. Addiction is not simply caused by genetics, poor decision-making, or the potency of the chemicals themselves.

Strong community bonding, on the other hand, is a significant ‘protective factor’ that tends to reduce the engagement in unhealthy or addictive behaviors. Other protective factors include: access to education, employment, and healthcare (including psychiatric and counseling services); encouragement toward healthy behaviors by families, neighbors, and religious communities; opportunities for socio-economic advancement; and and recognition of life-achievements. Effective prevention and treatment strategies depend less on scare tactics or the threat of punishment and more on investment in building healthy individuals, families, and communities. [4]

The 205th General Assembly (1993) directed the members of the Presbyterian Church (U.S.A.) to begin reflection on the subject of substance abuse, guided by the following three principles:

In light of these principles, the Assembly further recommended the following concrete actions:

Preventing drug abuse and treating addiction on a societal level means ‘building a Rat Park’ for humans. The solution to the drug problem is not more incarceration or military intervention, but the pursuit of shalom and the kingdom of God. As our communities begin to reflect the love of the Triune God, with resources invested in community development, social justice, substance abuse prevention, medical care, education, and treatment, we will be creating avenues toward healing human pain, rather than simply numbing it with addictive behavior or chemicals.

Jesus invites us to invest in shalom and the kingdom of God. He says to us, in effect, “Seek ye first the Rat Park and its justice, and all these things (i.e. the solution to the drug problem) will be given to you as well.”

AUTHOR BIO: Rev. J. Barrett Lee (Kalamazoo, MI) is a pastor at the inner-city North Church in the Presbytery of Lake Michigan. Much of his ministry is with mentally ill, homeless, or drug addicted people. Previously he was pastor of First Presbyterian Church in Boonville, NY, chair of Utica (NY) Presbytery’s Church & Society Committee, and community chaplain for an ecumenical urban outreach ministry in upstate New York. He also taught ethics and critical thinking at Utica College. With both clinical and pastoral experience, Lee works with both traditional recovery and harm reduction models in a framework of supporting community mental health. He invites Unbound readers to check out his blog, The Theological Wanderings of a Street pastor.

Prayer for Those Battling Demons

Thirst: God and the Alcoholic Experience

We arrive at Apartment 309 breathless from the sprint up