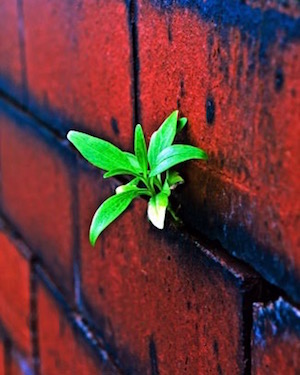 On April 29, the Presbyterian Mission Agency Board announced the program cuts required for its 2017-18 budget: http://www.pcusa.org/news/2016/4/29/presbyterian-mission-agency-board-enacts-work-rest/. These cuts included funding after 2016 for the managing editor of Unbound, www.justiceUNBOUND.org, an online journal covering social witness concerns from a Christian perspective. In the upcoming 8 months, the Committee will seek other sources of funding or ways of operating that will be faithful to its mission of exploring, debating, and strengthening the social commitments of the Presbyterian Church (U.S.A.), particularly for the “digital” generation. We will say more on readers and contributors below, but underline the large proportion of young adults drawn through social media and the currently high percentages of writers who are women and people of color, both Presbyterian and from within the broader Church.

With regard to staffing, the Advisory Committee on Social Witness Policy (ACSWP) appreciates the continuation of funds through 2016. The managing editor also serves as the Associate for Young Adult Social Witness for the Advisory Committee (a position which will be eliminated in December), indicating a primary audience for the journal. The current managing editor, the Rev. Ginna Bairby, was ordained to the two-to-three year position after her graduation from Union Presbyterian Seminary, Richmond, Virginia. Rev. Bairby works in close cooperation with other parts of the Compassion, Peace, and Justice Ministries department, particularly in her contribution to the Education Initiative. Her predecessor, the Rev. Patrick Heery, was ordained to the position after his graduation from Princeton Theological Seminary, and had gone on to edit Presbyterians Today, the denominational magazine.

To distinguish Unbound from other programs suggested to be “underperforming,” http://pres-outlook.org/2016/04/mission-budgets-approved-cutbacks-new-unrestricted-reserve-strategy-factors/, the journal had recently won 5 awards from the Associated Church Press, including First, Second, and Third in the category of Personal Experience or Account, in these cases describing the personal dimension of a social justice concern. The other awards were a First place for excellence in an Editorial or Opinion piece, on overtures going to the June 2016 General Assembly, and a First place for an issue (several week set of articles) on the theme of education. Unbound has in fact won multiple awards each year of its existence. We also take pride in awards won by other communications vehicles of the Presbyterian Church (U.S.A.); Presbyterians Today, Horizons, Presbyterian News Service, and the related independent magazine, Presbyterian Outlook. Here is a link to an online survey on Unbound: https://www.surveymonkey.com/r/unboundsurvey

In terms of metrics, the General Assembly of the Presbyterian Church (U.S.A.) has been a driver of Unbound readership, but the current issue of the journal on Race, White Privilege, and the Church has been surpassing expectations, with many articles reaching into the thousands of readers. For a journal produced largely by the managing editor, drawing on dedicated and generous volunteer writers and review by the general editor, this productivity stands comparison with any part of the church’s communications program. A brief report on those metrics is included in papers from the recent Presbyterian Mission Agency Board meeting, pages 25-27 (Report temporarily unavailable because of the website transfer, in the interim, [Download Metrics Report Here].)

Matters of social witness are sometimes seen as controversial in the church, but studies show that younger adults in many cases see justice concerns as vital to the credibility of organized Christianity (see the books American Grace (2010) and Our Kids (2015), co-authored by Robert Putnam). A forthcoming study by the Office of the General Assembly and Presbyterian Research Services is reported to indicate a significant shift toward more generally “progressive” values within the Presbyterian Church’s broader membership, regardless of age. Thus Unbound has been addressing a real audience, though one shared by other groups within the online universe. Like every part of the “national” church’s work, Unbound and the larger role of social witness need to be envisioned within the denomination’s overall ecosystem. Unbound is among the vehicles that help sustain our internal culture and the conversation over time that is our branch of the Body of Christ. Given the neglect of religion generally by media and entertainment, the church’s nurture of new generations with new technology will need more experiments like Unbound, not fewer.

Unbound was begun in 2011 and in 2012 designated the successor of Church & Society magazine, a bi-monthly, 120-page journal that carried the Presbyterian social justice message in print form. In fact, the denomination has long published a magazine on matters of Christian conscience under several titles: The Amethyst, 1908-1920 (focusing particularly on prohibition of alcohol– that gemstone was the mythic antidote to addiction); Moral Welfare (from 1920-1934); Social Progress (1934-1969); and Church & Society (1970-2006); 98 years in total. The title for Unbound was chosen by the Rev. Noelle Damico, partly as a pun on its not being a printed and “bound” journal.

At this time, the Advisory Committee on Social Witness Policy acknowledges the budget constraints facing the Mission Agency Board as it also seeks to remain faithful to its charge to strengthen social witness (below). We appreciate your support and thinking with us about the future of Unbound and welcome your suggestions of funding and strategy going forward.

On ACSWP’s purpose including media such as Unbound:

From the Committee’s Manual:

“The Advisory Committee on Social Witness Policy (ACSWP) serves the prophetic calling of the whole Presbyterian Church (U.S.A.) by providing the General Assembly with careful studies of pressing moral challenges, media for discussion and discernment of Christian responsibilities, and policy recommendations for faithful action.”

From the Book of Order:

“…The General Assembly has the responsibility and power to. . .  (c) nurture the covenant community of disciples. This responsibility shall include…warning and bearing witness against errors in doctrine or immorality in the church and in the world…providing encouragement, guidance, and resources… in the areas of mission, prophetic witness…discerning and presenting with the guidance of the Holy Spirit matters of truth and vision that may inspire, challenge, and educate both church and world….” (The Constitution of the Presbyterian Church (U.S.A.), Part II, Form of Government, 3.0501c)

Take 10 minutes to give editorial staff feedback on Unbound!

Calling Each Other 'In': Racial Justice and the PC(USA)

The Advisory Committee on Social Witness Policy (ACSWP) is pleased