View and print as PDF.

Tell someone you go to seminary and you’re likely to hear, So… uh… what’s seminary? Those who have heard the term before, on the other hand, often conjure up images of medieval monastic life and 5 AM prayer calls (I don’t know if I ever got up at 5 AM during seminary and if I did, it wasn’t for prayer). Churchgoers who live near a seminary will know that it is a place of spiritual, intellectual, and practical preparation for ministry. But ask even them about social justice training on these campuses and you will probably encounter blank stares.

Seminaries are seen to be just about as relevant to justice organizing as churches are these days—which isn’t saying much.

So Unbound went on a mission to talk with seminary and divinity school students about their experiences of justice advocacy and ministry. We asked them: What challenges do you face? What issues do you care about? What would you like to say to the wider church? What are your concerns for entering ministry?

I want to thank all of the students who took the time, energy, and sometimes risk, to write for Unbound about justice on their campuses. It was just under a year ago that I myself graduated from Princeton Theological Seminary, and I know that it is not often easy, or encouraged, to speak up. On the one hand, my three years at Princeton rooted me in my call to social justice ministry, providing me opportunities (and an impeccable education) I never thought possible, but it was also a time of frustration and loneliness, as I encountered a culture that valued justice but was often not willing to risk much for it. I recall one administrator advising me not to get “too involved” with those extracurricular social justice projects because I was there “to study.”

I am now honored to know so many students who reply with vigor: Those social justice projects are my education.

What excites me about this journal issue is that it, we hope, will serve as the entrée to resourcing a national network of theological students committed to social justice. It won’t be something others design for them; it will be their creation, their vision, much like this journal issue. 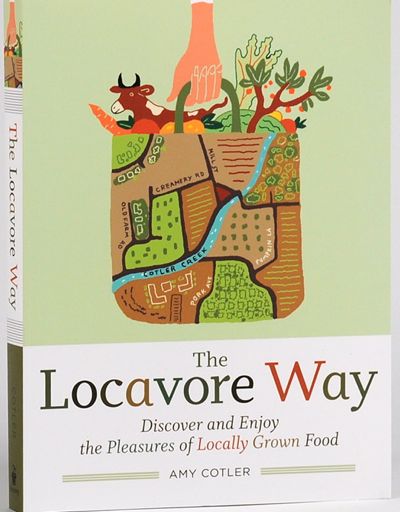 A New Culture on Seminary Campuses
Emerging cultures on our seminary campuses present new challenges and opportunities for effective, national organizing. Chris Iosso, General Editor for Unbound, recalls that, in the late 1970s, it was South Africa divestment that galvanized students into a movement across seminaries and college campuses. For better or worse, that kind of issue-based organizing is not likely to be successful anymore.

Many seminarians are increasingly, what I am calling, “justice locavores.” Locavores are people who eat only locally produced food as a way to reduce environmental impact and to deepen their commitments to the local community. The local foods movement is also deeply relational: you get to know the people who produce your food; you visit their farms and homes; and, you form friendships with other reusable bag-toting people as you saunter through the local farmers’ markets.

As locavores, seminarians are focusing their justice efforts on local communities, and they are doing so often because of the relationships these efforts offer. In these articles, you will find California students supporting the unionization efforts of undocumented immigrants; Georgia students laboring to stop the Georgia execution of Troy Anthony Davis; New York City students focusing on urban poverty and access to fresh, healthy food; and Texas students ministering with immigrant detainees. And, those California students are not just supporting any workers; they are supporting the food workers who had served in their cafeteria for years—they are fighting for their friends.

It is precisely for this reason that LGBTQQI[i] equality and issues of sexuality are so prevalent among many of our students’ reports: because this is less about an issue and more about people—about friends. In fact, “issues” conventionally defined are often not the motivators or unitors here: seminary issue-based organizing has tended to create silos of justice interests with little campus-wide coordination. Issues are easily pushed to the margins of our schedules when faced with more immediate pressures like papers to write. Friendship, however, is much harder to marginalize.

When explaining why Harvard Divinity School students got so involved with the Occupy movement, Katherine Pater explains that students joined less because of the issues and more because of the opportunity to form relationships and to join a community of people similarly frustrated and called to take action.

The focus on local justice needs (as opposed to more abstracted international issues), in other words, is often a prioritization of personal relationships—and is a distinctive trend when compared with many congregations’ focus on international short-term mission and charity, while they ignore, or even participate in, local oppressive structures.

The locavore dilemma asks whether these “inside agitators” can connect and organize for impact beyond the local.

National organizing will need either to model itself after the Occupy Movement with its loosely connected string of local communities (though Occupy’s effectiveness remains uncertain) or to identify issues, like LGBTQQI equality, that emphasize personal relationships. Other issues, like incarceration or environmental justice, can be reframed. For instance, at Princeton, when we were founding our eco-justice group, we framed sustainability as relational: with the earth, with God, with each other, and with the grounds and custodial staff who cared for our immediate environment and yet who were often confined to invisibility on the campus. We got to know those staff and built friendships. We worked side by side with them as we planted trees for Earth Day, did campus clean-up, and constructed a compost site and community garden.

But effective organizing will require starting not with issues, but with the chance to build relationships among one another, across campuses, because ultimately it will be that support, trust, and friendship which will sustain a movement. 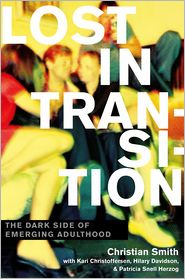 A New Generation of Young Adults
While many seminarians are second or third career students, this observation reveals some interesting differences and similarities when compared with American young adults. For instance, while these students’ engagement with justice distinguishes them from other young adults (who tend to be preoccupied with an individualistic consumerism), their emphasis on the formation of personal relationships (as opposed, say, to civic ties) is consistent with their peers.[ii] This priority presents important possibilities for community organizing. The generations of Ella Baker and Saul Alinsky have long told us that we must organize by being, first and foremost, relational.

But it also presents a significant challenge. If one’s chief objective is to maintain personal ties, conflict, even if for the purposes of justice, is a threat. Christian Smith and his team of sociologists posit, in fact, that this conflict-avoidance is a strong motivator for young people’s avoidance of religion and politics, which invite passionate, occasionally ugly, disagreement.[iii] Seminarians have clearly made it over that first hurdle: they have stayed in the church; they are not relativists. But like their peers, many prioritize peace over justice, unity and harmony over truth-telling conflict.

Take, for example, a letter from the Columbia Theological Seminary Student Coordinating Council presidents, who invite students to ask themselves, “Does God want me taking binary opposition against another over housing? Is the determination of my Christian love a housing policy?” They are referring to Columbia’s housing policy, which currently does not provide housing to same-gender couples. The implication seems to be that campus harmony is more important than ensuring fair housing for all. Furthermore, the letter seems to construe opposition itself as bad. Now of course the Columbia community is struggling to mend relationships, and so the plea is understandable. But I think it reflects a larger trend among our seminaries and, if sociologists are correct, among young adults in general.

Princeton Theological Seminary student, Josh Newton, says as much when he asks whether diversity is enough. He writes, “In hasty attempts to have healthy communities now, institutions engage conflict-avoiding diversity practices that often ignore topics such as privilege and hegemony, because such discussions create tension and discomfort. But, tension and discomfort for whom?” Dr. David Abalos similarly observes that many of our seminaries are teaching “security, continuity, and cooperation” but not confrontation. The objection is not to having healthy, unified communities—as if that could be a bad thing! The objection is to a superficial unity that merely masks deeper conflict, often sacrificing the marginalized to some generalized “common harmony.”

But if seminarians increasingly become justice locavores and emphasize the “local” (where private and corporate interests intersect), we may begin to see new possibilities for organizing. Claremont School of Theology students are risking conflict, alongside food workers, by protesting and participating in civil disobedience. Students are risking conflict as they fight for lesbian and gay equality at Columbia Theological Seminary, for the hiring of Latin@ faculty at Princeton Theological Seminary, and for economic justice at Harvard Divinity School and elsewhere.

The Rev. Patrick David Heery is the Man­ag­ing Edi­tor of Unbound and staffperson for the Advisory Com­mit­tee on Social Wit­ness Pol­icy. He is a recent grad­u­ate of Prince­ton The­o­log­i­cal Sem­i­nary with a Master’s of Divin­ity, and is also newly ordained in the Pres­by­ter­ian Church (U.S.A.). During his time at seminary, Patrick helped found ECOS (Environmentally Conscious Organization of Seminarians); co-moderated BGLASS (the LGBT and allies student group); led the Seminarians for Peace and Justice sub-group devoted to prison reform and the abolition of torture; did prison ministry; served on the executive board of the Coalition for Peace Action; served as an organizer for faith-based community organizing in Mercer County, NJ; and did congregational organizing and worship through a local Presbyterian church.

Go to the next page for a summary of our findings…

Back to Seminary Issue Table of Contents

Maria’s Story: Detention in the Land of the Free