In August 2011, the National Presbyterian Church of Mexico (NPCM) voted not only to sustain its policy of forbidding the ordination of women as pastors, but also to deny women access to other orders of ministry (elder and deacon) and to repeal the ordinations of those women who had already been ordained in some local churches and presbyteries.

NPCM leaders who argued for the action cited the need to go back to scripture and to obey it according to a literal interpretation. According to their literal reading, only men, not women, are chosen by God to lead the church.

When I learned about this unjust situation, I started praying and listening to the voices of brothers and sisters who were struggling in the Presbyterian Church in Mexico as a consequence of the Assembly’s decision. As a liaison from ACREC (Advocacy Committee for Racial Ethnic Concerns) to ACWC (Advocacy Committee for Women’s Concerns), I shared my concerns about the struggle of our Mexican sisters. To show support, we prayed for them and wrote a letter expressing our solidarity.

Amparo Lerin-Cruz of John Calvin Presbytery in Mexico City obtained a Bachelor’s degree in Business Administration and a Masters of Divinity from the Theological Presbyterian Seminary of Mexico. After struggling through an unusually rigorous process of preparation for ordination (because she was a female candidate),[i] the presbytery ordained Amparo as a pastor. It was a huge victory for those in favor of the empowerment of women in the National Presbyterian Church of Mexico. However, her ordination was officially revoked as a result of the 2011 decision.

Some church members were outspoken in their dissatisfaction with the “de-ordination” of female elders and deacons and with the denial of ordination for women as pastors.  The NPCM excommunicated seven male pastors who supported women’s ordination, accusing them of contempt, rebellion, and schism.[ii]

In 2012, these seven excommunicated pastors and their congregations joined together with the dream to create a more inclusive and progressive church and formed a new denomination: the Mexican Communion of Reformed and Presbyterian Churches (CMIRP, Comunión Mexicana de Iglesias Reformadas y Presbiterianas). The day after the CMIRP was officially constituted, two women were ordained.[iii] The Rev. Amparo Lerin-Cruz, pastor of the Presbyterian and Reformed Church “El Shadday” in Mexico City and the Rev. Gloria González Esquivel, pastor in San Cristobal de las Casas, Chiapas were ordained on October 28th, 2012.

Three months later, ten more pastors and congregations from various parts of the country joined this new denomination.  As time goes on, more congregations are demonstrating interest in becoming part of the CMIRP. More men and women are preparing themselves to be ordained in the near future. Despite a lack of financial resources, these congregations are working hard to serve their surrounding communities.

In the past, several female Mexican church leaders had to leave Mexico in order to receive validation of their ministry as servants of God. Two of them were ordained as pastors: Rosa Blanca González by the Presbyterian Church of the United States of America (PCUSA) and Eva Domínguez Sosa by the Spanish Evangelical Church (IEE). But now there is a place for Presbyterian women pastors in Mexico. Since October 2012, two more female pastors have been added to the work of the CMIRP.

In February 2013, women from the CMIRP gathered as the newly organized “Women Free in Christ Network” (Red de Mujeres Libres en Cristo). A total of 51 people, spanning 3 generations and representing different regions of Mexico, met to share their experiences, frustrations and hope for a better future provided to them by God. As a result of the official contact between ACWC and the new Mexican women’s group, ACWC was invited to participate in the Network’s second gathering in June. The focus of this second gathering was an exploration of the concept of “sororidad,” – sisterhood –  emphasizing self-esteem as a tool to empower Mexican women as leaders who can freely serve Christ.

Ruling Elder Belinda Rice and I were honored to represent the ACWC. I was invited to lead a workshop, and we both participated in worship. It was an amazing experience! We could feel the excitement, energy, commitment, leadership and strong desire of participants to empower themselves and other women for God’s ministry. They were able to fully enjoy every activity and appreciate every moment of their gathering, perhaps because they had to fight for their place in the church. They were so passionate: laughing heartily as well as crying and opening their hearts to one another. 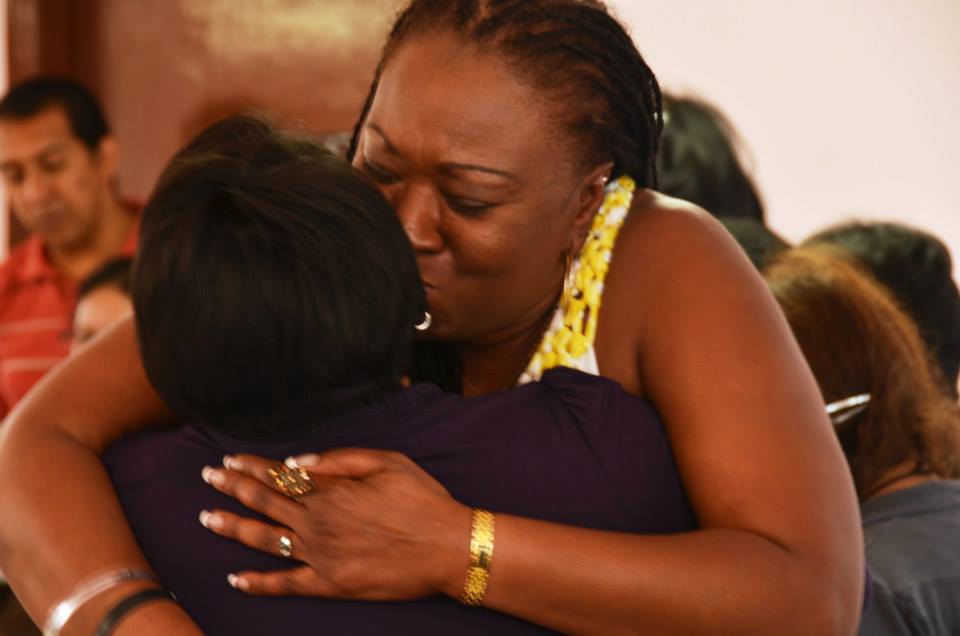 I was delighted to meet men who have been supporting these marvelous women in their journey of faith, sharing power and practicing the priesthood of all believers. These men have shown remarkable courage, standing firm in their beliefs without regard for the consequences, which could include losing their own positions and livelihoods.

It was a life-changing event for us both. Elder Rice described it as the most spiritual and enriching activity she had attended on behalf of ACWC during her 6 years of service. A shining image of every woman we met at their gathering is now engraven upon our hearts.

The Advocacy Committee for Women’s Concerns is concerned not only with working for gender justice in the PC(USA) or in the United States but also with advocating for that justice worldwide. As we show our support to the women of CMIPR through prayer, letters, and our physical presence, we lift up the whole body of Christ, allowing us to embrace a world that is more fair and just.

The PC(USA) has taken advantage of other opportunities to connect with the CMIPR and to cultivate a relationship with these faithful and brave Presbyterians in Mexico; the PC(USA)’s Hispanic/Latino Presbyterian Women invited leaders from the WFCN to their Seventh Annual Gathering Kissimmee, Florida. This has been a good beginning to our walk together as sisters in Christ in Mexico and the United States.

My hope for the future is that PC(USA) will establish an official partnership with the CMIPR as an emerging church in Mexico. Together may they embrace the dignity and equality of all human beings and the social witness of the body of Christ in the world.

AUTHOR BIO: The Rev. Lilia Maria Ramirez-Jimenez was born in Costa Rica, has lived in Colombia and Venezuela, and is now pastor of the Hispanic Presbyterian Church in Paterson, NJ. She chairs the Latino Ministry Team of Palisades Presbytery, as well as the North Jersey Latino Project, a joint effort of Elizabeth, Newark and Palisades Presbyteries.
[i] http://www.lupaprotestante.com/lp/blog/que-las-mujeres-sigan-luchando-por-su-dignidad-en-la-iglesia-entrevista-a-amparo-lerin-cruz-a-las-puertas-de-su-ordenacion-ministerial/
[ii] http://www.protestantedigital.com/ES/Magacin/articulo/4990/Entre-la-indignacion-y-el-compromiso
[iii] http://www.lupaprotestante.com/lp/blog/surge-comunion-mexicana-de-iglesias-reformadas-y-presbiterianas-y-ordena-primeras-pastoras/

The Cost of Solidarity: Faithful Advocacy for Worker Justice

Finding the Good News in the Ecological Crisis: An Immigrant's Story