Images of nature and creation in hymnody are hardly new. The psalms, among the earliest songs of God’s people, are replete with images and celebrations of God’s good creation, and as ancient a text as Francis of Assissi’s “All Creatures of Our God and King” (#15) contains an exhilarating richness of natural imagery and a celebration of the created order. It is one thing, however, to celebrate creation and to deploy images of creation in praise of God; it is quite another thing to sing of creation as our partner in the justice of God – to recognize that God’s righteousness and healing embrace are for all of creation, not merely for us humans who happen to be walking about at any given time. Where does Glory to God: The Presbyterian Hymnal (GtG hereafter) lead us in understanding and embracing a right relationship with all of our partners in God’s creation?

Hymns of this type make use of images of the natural world as a means of expressing a truth that is not necessarily creation-oriented, possibly in metaphor or simile. H. Kenn Carmichael’s text “Today We All Are Called to Be Disciples” (#757) offers a simple (and biblical) example of such metaphor in its third stanza: “Pray justice may come rolling down as in a mighty stream.” Nature is evoked but is not the primary object of the hymn.

In “Now the Green Blade Rises” (#247) John M.C. Crum dedicates the first stanza to the image of a tender shoot breaking forth from the ground, as seed germinates and begins to grow and bloom. The third line of that stanza, though, clues us in to other issues at play: “Love lives again, that with the dead has been.” The rest of the hymn makes explicit what it suggested here, turning to Christ’s resurrection and calling on Christ to revive “wintry, grieving” hearts. 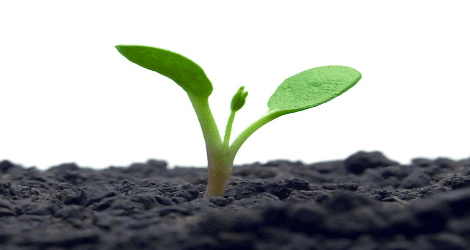 A new hymn to PC(USA) collections, “Soft Rains of Spring Flow” (Jong Rack Im, trans. Edward Poitras) (#680) demonstrates another way of evoking creation as a metaphor for another idea, in this case for the providence of God. The first stanza describes images taken from nature (“Soft rains of spring flow through the fields”) but slips in a metaphorical reference to “the soil of our hearts” where “seeds of love begin to take root.” In the second stanza God’s care for creation becomes the primary subject. God is portrayed as “speaking the word, quenching their thirst” and even “feeding their souls,” blurring the line between the first stanza’s green shoots and human hearts.

Keeping the imagery of creation before congregations is a good thing. For modern Christians who may well lack significant experience with or exposure to the natural world, any chance to bring forth God’s created world as a concern should not be missed. Still, this is only a first step, and there are other hymns that celebrate creation more explicitly.

This category encompasses two possibilities: hymns that express praise or gratitude for creation and hymns that portray nature itself joining in praise of God. Nature is involved in a more direct and significant way than metaphor or simile and is recognized as having worth in God’s order. One of the most familiar of hymns, “For the Beauty of the Earth” (#14) by F. S. Pierpoint, offers a clear and simple example of the first type of creation praise, as different facets of nature are celebrated in verses with the refrain “Lord of all, to thee we raise this our hymn of grateful praise” following each verse.

“All Creatures of Our God and King” (#15) offers an ancient example of the second type of creation praise hymn. Here all of creation is exhorted to join in praises and alleluias of God. Of note in GtG is the restoration of language familiar to many Christians and others, but not typically found in twentieth-century Presbyterian collections, in which the various natural elements are addressed as “brother,” “sister,” or in the case of the earth itself, “mother.” (To be fair, the 1955 collection The Hymnbook does include in its translation the call to “dear mother earth, who day by day unfoldest blessings on our way,” which is slightly modified in the new collection.) 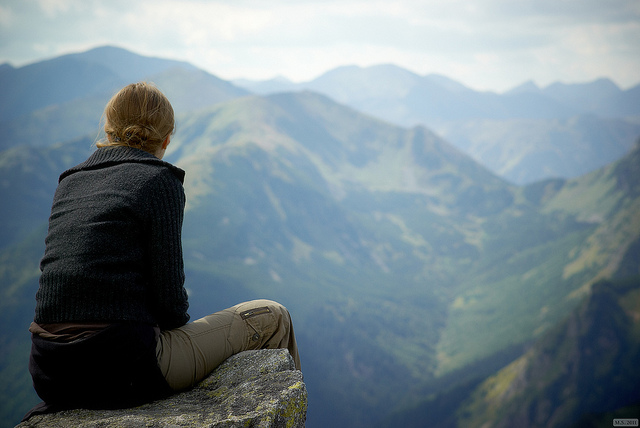 As noted above, psalms (particularly psalms of praise) are often couched in the language of creation praise, and the presence of numerous psalm settings in GtG offers ample opportunity for the expression of praise both for and with creation. “Hallelujah! Sing Praise to Your Creator,” (#18) a paraphrase of Psalm 148 by Tilly Lubis (trans. David Diephouse), echoes the psalm in demonstrating creation itself in praise of God: “sun, moon, and stars” (stanza 1), “mountains and oceans, rolling thunder and wind and storm clouds on high” and “all living creatures, all the beasts in the fields and birds in the sky” (stanza 2), and “the depths to the heights” (stanza 3) all are called out to join in praise of God their Creator. As well as serving as a reminder of the riches that psalms hold for sung worship, this example demonstrates a degree of understanding that places humanity in partnership with all of creation in praise.

Such partnership in praise is a step in the right direction, but it is still possible to go further to see creation as partner in God’s justice as well. That step is exemplified in the final category.

In this final strain of creation hymnody, the partnership of humanity and creation in praise expands to embrace justice, and not just for humanity but for all of God’s creation. This is not necessarily a new concern for Presbyterian hymn collections; a text by David G. Mehrtens, “The World Abounds With God’s Free Grace,” makes the crucial connection of gratitude to God with practicing justice for God’s creation in the “blue” book, The Presbyterian Hymnal (1990), with the straightforward declaration that “True thanks can never be content to foul the world God made.”

While Mehrtens’s hymn did not transfer into GtG, there are hymns in the book that do press towards a creation-wide understanding of God’s justice. The aforementioned “Today We All Are Called to Be Disciples” acknowledges our failed stewardship of the earth in its second verse, and pleads for “righteousness in field and town” in the third stanza. Georgia Harkness’s “God of the Fertile Fields” (#714) edges further in the direction of partnership with creation by tying stewardship of creation to justice for all of God’s people. Shirley Erena Murray’s text “Touch the Earth Lightly” (#713), taking its cue from the Australian aboriginal saying that provides its title, is more explicit about human exploitation and degradation of the earth, calling for Christ to “reconnect us” to all of creation. 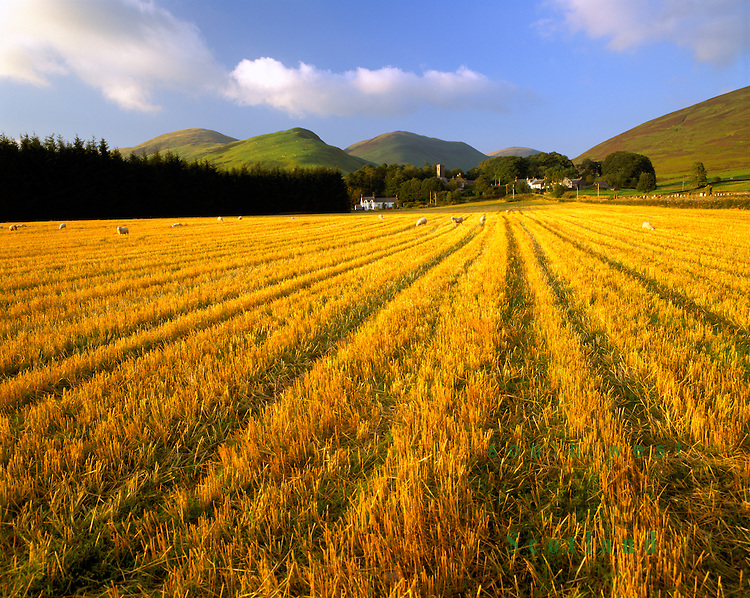 Perhaps the most striking argument for creation justice in GtG is found in Adam M.L. Tice’s 2006 text “The Earth Belongs to God Alone” (#715). Tice takes as his starting point the codes concerning the care and treatment of the land found in the book of Leviticus. Parallel to calls for “jubilee” years found in the Torah, these codes call for periods of time for the land to be allowed to lie fallow in order to be replenished and re-nourished. Such “land Sabbaths” are the explicit subject of the second stanza, in which “the fertile ground through years of toil has cried for Sabbath rest – a time of peace for worn-out soil so land can be refreshed.” Such practice, long regarded as good agricultural practice before the age of industrial farming, drives home the point that it is not only humanity that suffers from injustice – all of creation feels the pain of an unjust and corrupt world. This is paired with the recognition that the land is not ours to abuse; as the title states, the earth belongs to God and God only, and all that we grow and nurture from the earth is done on “borrowed holy land.” The hymn ends with the call to “restore all land as sacred space.”

By no means is this an exhaustive survey of the hymns in Glory to God on themes of creation. A section of thirty-seven hymns are labeled as hymns on “Creation and Providence.” Other hymnal sections labeled “Dedication and Stewardship” and “Justice and Reconciliation” offer more opportunities for exploration, and the rest of the collection yields its own gems. Let those who seek justice for all of God’s creation explore Glory to God and find its rewards.

AUTHOR BIO: Charles Freeman is a final-level student at Union Presbyterian Seminary and a choral section leader at Ginter Park Presbyterian Church in Richmond,Virginia. Before pursuing theological study, he was an academic musicologist, receiving his Ph.D in historical musicology from Florida State University and teaching at several institutions, most recently the University of Kansas.

Body and Wholeness in Glory to God

Mandela, Dignity, and Divestment for South Africa: An Interview with Douglas J. Tilton