On Full Inclusion of Children with Disabilities

In 1998, I earned a Ph.D. in the cultural foundations of education at Syracuse University. I was drawn to Syracuse because of its reputation as an international leader in the practice of inclusion: the commitments and methods by which children and adults with developmental disabilities could be fully integrated into the larger world. Syracuse professors and students were on the front lines of the deinstitutionalization movement, fighting to move people from what were often horrific conditions in state facilities to settings more like home, more like the places we all want to live. At the same time, they challenged schooling practices that, in the name of efficiency and “what was best for the child”, often segregated children with developmental disabilities into separate classrooms, where they rarely (if ever) interacted with the general population of a school. Again, in the worst cases, students were often moved from the ‘short bus’ that dropped them off at the school, corralled into a room, and held there until dismissal came – only to be herded onto the same distinctive bus for the ride home.

Those pioneers faced incredible challenges, challenges that came not only from resistant educators and ‘experts.’ They also came from parents who worried about the safety of their children – both the parents of the ‘typical’ kids and the parents of the children with disabilities. When people do not know one another, when there is no relationship upon which to build the practices of inclusion, ignorance and fear will rapidly fill the gap. In the meantime, all children suffer for the loss.

It is amazing to me that so many schools continue to engage in segregating children with developmental disabilities. At the same time, I have empathy for administrators and policy makes who find themselves constantly struggling to find the resources to support children who don’t fit the narrow bandwidth we tend to think of as ‘normal.’ As I sit in meetings about a student’s individualized education plan (IEP), I can almost see the calculator working behind the eyes of the administrator at the table, torn between the compassion and optimism that brought them to education and the persistent reality that special education is underfunded. The result leaves families fighting with one another for limited resources. Administrators and teachers are frustrated because they can’t do what they know is right for a child even as they grow frustrated with parents for demanding what they come to believe is unrealistic (especially those parents who bring a lawyer to the table). And once again, the child is caught in the middle.

At its core, inclusion is much more than an educational practice. It is not a luxury of some schools or communities. It is an embodiment of justice. It is a human right.

For my family, inclusion is also personal. One of my life’s regrets will be that I did not take more advantage of the opportunities to dive more deeply into the rich resources Syracuse University has to offer related to sharing life with people with disabilities. My interest at the time was broader: I wanted to learn about inclusion throughout all of society. I was particularly caught up in the debates within the Presbyterian Church (U.S.A.) regarding the full inclusion of LGBTQ people of faith in the life and leadership of the church.

I still care passionately about this issue, but my commitment to inclusion took a turn ten months after completing my doctoral work. My wife, Mary Anona, was pregnant with our second child, Martha. In September of 1999, at the twenty-week ultrasound, we learned there was a strong possibility that our child might have Down syndrome. We decided to proceed with an amniocentesis to confirm the diagnosis. A week later, we received the news.

Our lives are marked by that moment in a way that only hindsight can fully reveal. We thought we knew some things – or I did, at least. I thought I had a grip on what it meant to live with a person with a developmental disability. I thought we would be able to navigate the medical, educational, and governmental waters effectively, considering my experience and education. I thought since we were both clergy and spent a lot of time working to grow spiritually, emotionally, and intellectually, that we were prepared to embark upon this journey.

At the same time, we have, as the saying goes, made the road by walking. Today, Martha is 15 years old and attends Decatur High School in Decatur, GA. Thanks to the incredible support of her teacher and friends (and especially her mother), Martha is on track to earn a regular diploma in the next few years. She’s on the school swim team and also swims with Special Olympics. She has almost all of Katy Perry and Taylor Swift’s songs memorized, and she has yet to find a Broadway musical that she hasn’t loved. She’s had plenty of health issues along the way (and still does), but most days we find that she’s everything we would expect from an adolescent. (I wish there was something called an “attitude-ectomy.”)

While we’ve made our share of mistakes advocating with Martha, we’ve also learned a few things. First, Martha wants to be fully included. This is not something we’re imposing on her. She has meaningful relationships with her typical peers, and those relationships have come from her opportunities to participate in classes and other activities with peers. Most days, she’s just another kid among kids.

Second, we have approached inclusion in much the same way as we’ve tried to craft our home. For example, whenever we sit down at an IEP table, we bring food, usually one healthy item and one that is a more fun (I’ve become known for my chocolate chip banana bread). We start by expressing our appreciation for the folks gathered around the table, and we offer our gratitude for their work with our daughter and with us. Without fail, someone at the table exhales in that moment, and we can find each other in a common commitment rather than face each other as adversaries. 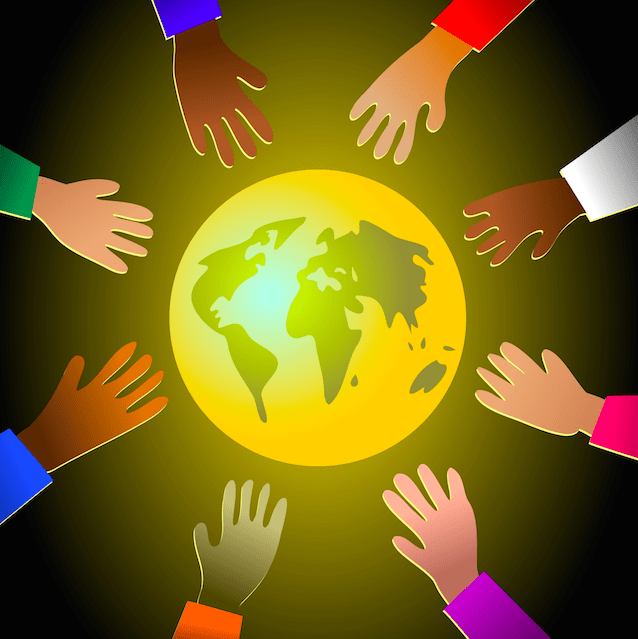 Third, we trust that everything we do for our daughter is also for every other kid like her. We know Martha, but we can’t expect every teacher, therapist, coach, and administrator to know her like we do. We initiate communications far more often not because we want to be a pain but because we have come to learn that good communication is the most important prerequisite for effective inclusion. Further, we know that if we can support Martha well, the team will come to understand what good support looks like. The next kid who comes through may have not have smooth sailing, but there will be a little less chop to her or his seas.

We also know that every time we sit at the IEP table, we may be establishing a precedent for a particular support, intervention, or modification. In those moments, we pray that our efforts with Martha are slowly but surely changing the system for everyone.

At our core, our family believes that inclusion is the way God longed for the world to be from the very start. Genetic diversity and complexity seem to be something God loves, a tapestry woven together that gives us a glimpse of God’s realm. When we segregate people based on any socially constructed category, we tear at that tapestry, destroying the beauty God has imagined. As people of faith, we are called to attend to this beauty, to name it and claim it, and to help strengthen the ties of community that allow every individual to thrive, regardless of ability.

AUTHOR BIO: Trace Haythorn, Ph.D., M.Div., serves as the executive director of the Association for Clinical Pastoral Education in Decatur, GA. A Teaching Elder in the PC(USA), Trace and his spouse, the Reverend Mary Anona Stoops (also a Teaching Elder) have two children, Jacob and Martha (who has Trisomy 21). Trace is a graduate of Syracuse University, Princeton Theological Seminary, and Austin College and has been often told he is so Presbyterian he bleeds plaid.

Read more articles in the “Struggles and Sacrifices” section!

Growing up in the South During Brown v. Board

The progressive church speaks to the role of inclusion as