“In Sabbath-keeping we become more ourselves, not less.”
–Eugene Peterson, from his foreword to by Matthew Sleeth, MD 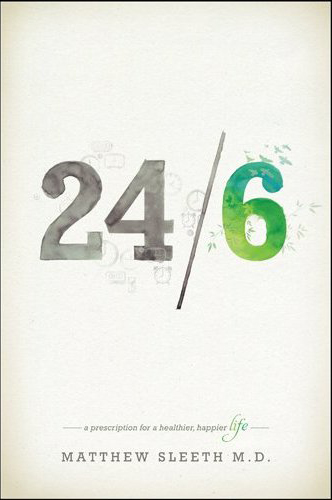 A decade ago, I was chief of staff of a hospital and director of emergency services. Taking care of sick people is good work, and I loved my job. Like many physicians, I was often called a workaholic. The label didn’t surprise me. For many years, I worked 24-hour shifts in the emergency room. Throughout the early years of my career, work identified both what I did and who I was.

This all-consuming passion for my work persisted until my early forties, when I read the Bible for the first time. That’s when I discovered God’s answer to our always-on, 24/7 culture of work, work, work.

The answer first appears in the opening pages of Genesis. God’s rhythm since the beginning of time has been 24/6—six days on, and one day off. When I began adopting that rhythm, my entire life changed for the better—physically, emotionally, and spiritually.

What does the word “Sabbath” mean? It simply means “stop.” That’s all. The Hebrew people didn’t have names for the days of the week. There was one-day, two-day, three-day, four-day, five-day, six-day, Stop Day.

I don’t think God intended our lives to be like that paper—just one long, run-on sentence. The work of our life is meant to be punctuated by rest. Musicians talk about this. They say that it’s not the notes that make the song, but the pauses in between the notes. This rhythm is equally true for our lives.

The word holy first occurs in the second chapter of Genesis. The seventh day is blessed as holy because the Lord stopped and rested. Stopping and resting are the working definitions of holy.

But instead of resting, we move and move and don’t stop to know what we are walking on. We are ungrounded. No place means much of anything to us. When no place is our home, then the whole earth is reduced to a commodity. The most we can be is consumers.

The Sabbath commandments contained in the Old Testament set the worth of all things. The ground is allowed to rest every seventh year. The newborn calf cannot be taken immediately from its mother. The fruit tree has a right to exist in a time of war.

While I do not advocate the throwing over of civil law in favor of Old Testament law, I do believe in the inherent worth that God places in his creation. Often we see no worth in what the Lord created beyond its mere utilitarian value. We talk about forests as timber and flowers as bouquets. Yet when God placed the trees on the earth, God said that they are pleasing to the eye (Genesis 2:9). God dresses the lilies of the field more lavishly than a king or queen (Matthew 6:28-29). God’s soliloquy to Job is about the mystery and beauty that creation has beyond its usefulness to humanity.

When we take Paul’s words to the Colossians to heart—“Everything was created through him and for him. He existed before anything else, and he holds all creation together” (Colossians 1:16-17)—we realize that the very ground we walk on and the air we breathe are the constant outpouring of God’s creativity and love.

So what does Jesus have say about the longest of the Ten Commandments—to keep a day of rest once a week? He clarifies that this is a day dedicated to God, so it’s okay to feed the hungry. It’s okay to take care of the sick. It’s okay to go and rescue an animal. But we’re still supposed to “Remember the Sabbath and keep it holy.”

The Bible is about people trying to have a relationship with God while existing in a fallen world. Yet in our twenty-first century culture, we’re not content just to live in a fallen world: we’re putting rocket boosters on our backs to accelerate our descent. And because our relationship with God is intertwined with how we care for creation and for our global neighbors, when we don’t spend enough time with God, all our relationships are adversely affected.

A day of rest counteracts this downward trajectory. It’s about restraint. And that restraint is needed now more than ever.

For me, one of the most profound lines in the Bible comes from Psalm 46. God says, “Be still and know that I am God.”

As you prepare for your next Sabbath, try meditating on this scripture. Then take off one word from the end of the line, each time you say it.

Be still and know that I am God.

Be still and know that I am.

Be still and know.

Stop Day is when you’re no longer just a human doing, you’re a human being. Just be.

THE SABBATH FOR US

Sabbath doesn’t just happen. You have to prepare for it. The day before the Sabbath, my wife and I always clean the house. We pay bills, answer emails, go grocery shopping, and prepare food so that on the Sabbath we can truly rest.

Sabbath morning, we almost always take a long walk. Nancy reads the Bible. I take a nap. We rest in rest. If there’s an important deadline approaching and it seems like we just have to get it done, we stop. We trust in God’s promise that six days of work each week is enough.

If you can’t imagine twenty-four hours of rest, start with four or six hours of holy rest. Stopping is about restraint. It’s not about doing everything that we can do. It’s about finding the peace of God that passes all understanding.

Indeed, the future of our planet may very well depend upon Sabbath rest. The 24/6 life allows us to see the earth not as an object for consumption but as a subject for relationship. It reminds us that God made the earth to meet every generation’s needs, not just one generation’s desires. 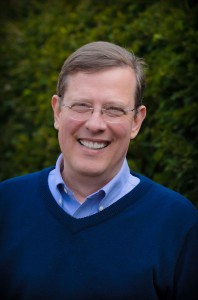 Matthew Sleeth, MD, a former ER physician, is the executive director of Blessed Earth and author of (Tyndale, November 2012). He lives in Lexington, KY, with his wife Nancy and two children.
Share this
Tags:

O God, Creator of All Things

Pathways to Sustainability Editor’s Note: The nature of recovery lies