Yes, you read the title right. I am racist, and so is the majority-white denomination I serve, the Presbyterian Church (U.S.A.).

I’m not particularly happy to admit this about myself or my Church. True, I have never engaged in explicitly hateful actions based on a person’s race or ethnicity. But that’s not the whole definition of racism. My racism (and that of the Church) is of a subtler, more ‘socially acceptable’ flavor.

In short, [1] I am racist because I am a beneficiary of white privilege and because I have inherited my culture’s subconscious racial biases, which manifest themselves in my thoughts, feelings, words, and actions. And, in short, this issue of Unbound will seek to shine some light on those uncomfortable places the majority-white Church is called to confront its own racism and seek to move forward in racial justice.

My white privilege manifests itself when I walk into a room and don’t have to worry that people will treat me differently based on my race. When I opened my elementary school history book, the protagonists of the story were people who looked like me. The ultimate expression of my white privilege is that I can choose to be blind to my own privilege, to see myself as the ‘raceless’ norm.

Meanwhile, I walk through life with certain subconscious racial biases. I may not consciously think about clutching my purse tighter when a black man walks behind me, or slowing down my speech when I speak to a Latina woman, but at the end of the day, I still do it.

Sure, studies have shown that implicit racial biases are not unique to me as an individual or as a white person. However, as a member of the dominant culture, I don’t suffer the negative consequences of these implicit biases (or of explicit racism) in my daily life.

Though I may not engage in intentionally racist actions, the fact remains that my life is undeniably shaped by the reality of racism.

I believe the same is true for the Church.

Any majority-white Church in the United States has, as an institution, been a beneficiary and perpetuator of white privilege and racism. It’s woven through our history of Biblical interpretation (whether the mark of Cain, the curse of Canaan, or the use of Pauline texts to explicitly defend slavery), our missiology (whether through colonial missions to the “heathen savages” of Africa or the use of Christianity to subjugate native peoples in the Americas), and our liturgy (“Wash me and I shall be whiter than snow”, or the white bread that often adorns the Communion Table). Others in this issue will point to more modern-day examples of this reality. Suffice it to say that a church that is 91% white in a country that is 62% white can call itself neither ‘colorblind’ nor ‘inclusive’.

Of course, the Church doesn’t like to admit to its own racism. No one likes to be faced with their own shortcomings, particularly when you are called to be the Body of Christ in the world, institutional structures and all.

It saddens me when my majority-White church shies away from conversations about racism, for we miss an opportunity to engage in the holy work of justice using tools with which we are uniquely equipped. For while the secular languages of unrecognized privilege and subconscious biases are of great value to both church and society, we as the Church have theological language that not only poignantly describes the reality of racism, but also gives us tools to confront and interrupt it. We practice using these tools every time we gather for worship.

What does the (majority-white) Church have to offer to national conversation on racism and white privilege? Sin, confession, and repentance.

Perhaps the best antidote for racism in the Church is a healthy dose of orthodox Reformed theology.

Original sin – the doctrine that every human being is infected with sin and therefore culpable before we are able to commit any actual sins – and total depravity – the doctrine that this inborn sin corrupts every part of our being and issues forth in the actual sin of our lives – are both essential tenets of Reformed theology. They also provide an incredibly helpful framework with which to understand and respond to the pervasive systemic injustice of racism. 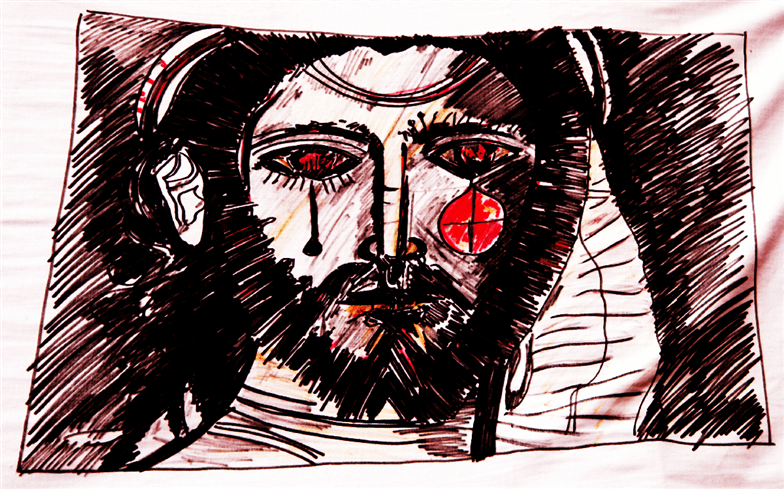 The quintessential modern Reformed theologian Freiderich Schleiermacher cast aside the faulty claim of literalism that original sin was biologically transmitted back in the nineteenth century. But the most compelling aspect of Schleiermacher’s treatment of sin is his strong assertion that first and foremost, sin is not an individual but a communal reality. “Original sin,” Schleiermacher writes, “is at the same time so really the personal sin of every individual who shares in it that it is best represented as the corporate act and the corporate guilt of the human race…” (S.71)

Simply by living in the United States, we participate in the original sin of racism long before we are conscious of that sin or capable of committing our own actual sins. Neither the white first-grader who enters a well-funded school nor her black peer who enters a severely underfunded school knows into what sort of systemic injustice they are stepping, and yet there they both are. We may not understand the roots of our subconscious racial biases, nor always notice when and where they play out, and yet through them we participate in the corporate reality of original sin.

The corporate quality of original sin in Schleiermacher’s construction extends to actual sin as well. The original sin into which we are born produces the actual sins of our own actions. Yet Schleiermacher focuses not so much on our particular sinful actions – the explicit racial slur, the Latino man ‘mysteriously’ turned away from a job interview upon arrival – but on sin as “an organic whole…rightly understood only as the corporate action of the human race” (S.77).

Individual racist actions matter, and they are sins. But they are ultimately symptoms of the larger, corporate, structural sin of racism that pervades every aspect of our daily lives, whether or not we act in ways that are explicitly racist. The sin of racism is, as Calvin describes, a contagion, a disease that has infected every single one of us, in every corner of our being (Book II, Chapter 1).

I start with Schleiermacher when I need to understand sin, but I always end up turning back to Calvin. Using Schleiermacher’s understanding of sin as the corporate guilt of humanity, I can turn back to Calvin’s ‘disease’ of sin, and it resonates. Where a literal reading of gardens, forbidden fruit, and innately corrupt infants didn’t satisfy, a theological reading of inescapable, self-perpetuating systemic injustices (like racism) in which every human being participates – that holds water. When we hear Calvin grieving that we are entirely culpable for original sin, we can stop defending ourselves for not having ‘invented’ racism and move on to doing something about it.

But how do we respond? Are we paralyzed with guilt and shame? Again, our tradition gives us the tools: We respond to sin through confession and repentance. That is part of the work of this issue of Unbound.

One of the first realizations of white people seeking to be faithful allies in the struggle for racial justice is that the burden of truth-telling cannot always fall to people of color. Many authors in this issue are people of color who have stories to share and prophetic words to proclaim to a church still complicit in racism and the maintenance of white privilege. But the burden must be a shared one.

So white folks (self included), it’s time to step up to the plate. This is your ‘Call to Confession’. For me, that truth-telling has to start at home. The only way I as a white Christian can authentically speak a prophetic word about racial justice is to begin by confessing my own participation, my own sin, my own complicity.

What then? Confession itself is a first step, but repentance involves not just a turning of inward self but also a turning to outward action. Some authors in this issue will share stories of individuals, congregations, mid-councils, and organizations that are taking steps of repentance. Others will point to actions of repentance we have yet to take, as individuals or as a body. And some will raise a prophetic critique even of past and present efforts for racial justice, for our own confession is where we start but not where we stop naming the racial injustice that we see in church and society.

As I close, I cannot discuss the profound, all-encompassing nature the Reformed doctrine of sin without proclaiming our even deeper and greater doctrine of grace.

This is not to invoke cheap grace, to relieve guilt for the sake of white fragility, or to express gratitude without taking responsibility. Don’t start playing, “Comfort, comfort ye my (white) people” just yet. Rather, this is to say that God has already met us exactly where we are and given us the grace we need to participate in this work of naming, claiming, and dismantling racism. Without this grace, we couldn’t even start. So I invite you to join us for this issue of Unbound as we move into touchy territory, following a Gospel that comforts the afflicted, afflicts the comfortable, and calls us all to a profoundly different way of living.

[1] I seek to explain my own racism as concisely as I can because I do not think that the Church’s conversation on race needs one more white person’s internal wrestlings with her privilege and white guilt. If my descriptions of white privilege and subconscious racism feel incomplete or unduly subjective, please allow me to point you to several other articles offering different perspectives on the kind of work that needs to be done, including Jeff Schooley, Marcia Mount Shoop, Ijeoma Oluo, and many voices in this issue!