December 7, 2011 by Mark Koenig, Director of the Presbyterian Ministry at the United Nations

The Office of the High Commissioner for Human Rights notes that:

Indigenous peoples across the world experience the consequences of historical colonization and invasion of their territories, and face discrimination because of their distinct cultures, identities, and ways of life. In recent decades, the international community has given special attention to the human rights situations of indigenous peoples, as shown by the adoption of international standards and guidelines, as well as by the establishment of institutions and bodies that specifically target these peoples’ concerns. The rights of indigenous peoples are further promoted by international and regional human rights mechanisms.

These include:
The UN Permanent Forum on Indigenous Issues, an advisory body to the Economic and Social Council, holds a mandate to discuss indigenous issues related to economic and social development, culture, the environment, education, health, and human rights.

The United Nations General Assembly adopted the Declaration on the Rights of Indigenous Peoples on Thursday, September 13, 2007. This milestone document acknowledges respect for indigenous communities that have been marginalized, discriminated against, and oppressed throughout history and at the present time. Australia, New Zealand, Canada, and the United States voted against the Declaration when it was presented in the UN General Assembly. All four have reversed their positions and now endorse the Declaration. 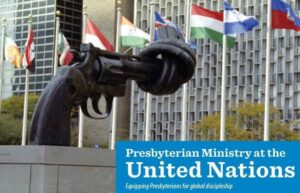 Sweetwater Cultural Center: The First Steps to Repentance and Reconciliation

Conflicts over Jeju naval base in South Korea

Sweetwater Cultural Center: The First Steps to Repentance and Reconciliation

On November 20, 2019, the Presbytery of Hudson River formally