An Open Letter to the Presbyterian Church (U.S.A.)
from the Jewish Voice for Peace Rabbinical Council

The Israel Palestine Mission Network of the PC(U.S.A.) is pleased to share this letter from the
JVP Rabbinical Council with you. 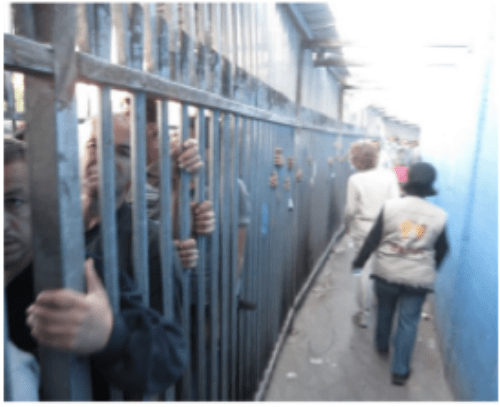 We write to you as members of the Jewish Voice for Peace Rabbinical Council to encourage your efforts to initiate phased selective divestment from corporations which profit from or support Israel’s occupation of the West Bank. We applaud your initiative and want to communicate our support as Jewish leaders who also work for justice and peace for the people of Israel and Palestine.

We are aware that the Jewish Council on Public Affairs (JCPA) has unleashed a powerful campaign to dissuade you, and consequently dissuade the Presbyterian Church (USA) from moving forward with its well-considered divestment campaign. We have been dismayed to learn the JCPA has called your divestment campaign “anti-Israel, anti-Zionist, and at times anti-Semitic”.

As Jewish leaders, we believe the JCPA’s stance does not represent the broader consensus of the American Jewish community. There is in fact a growing desire within the North American Jewish community to end our silence over Israel’s oppressive occupation of Palestine. Every day Jewish leaders – we among them – are stepping forward to express outrage over the confiscation of Palestinian land, destruction of farms and groves and homes, the choking of the Palestinian economy and daily harassment and violence against Palestinian people. Members of the Jewish community are increasingly voicing their support for nonviolent popular resistance against these outrages – including the kind of cautious, highly-specified divestment such as the Presbyterian Church (USA) is preparing to undertake.

However, even if the American Jewish community were unanimously opposed to such phased selective divestment by your Church – which is not at all the case – we believe it is still important that you move forward with the thoughtful multi-year process which your Church has begun. Your Church has long been active in pursuing justice and peace by nonviolent means, including divestment, in many places around the world. As Christians, you have your own particular stake in the land to which both our traditions have long attachments of faith and history. We particularly acknowledge the oppression of Palestinian Christians under Israeli occupation and the justice of your efforts to relieve the oppression directed against your fellows.

In fact, many of us in the Jewish community recognize that the continuing occupation of Palestine itself presents a great danger to the safety of the Jewish people, not to mention oppressing our spirits and diminishing our honor in the world community. We appreciate the solidarity of people of conscience in pursuing conscientious nonviolent strategies, such as phased selective divestment, to end the occupation. 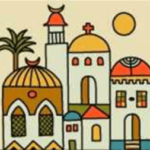 In joyful obedience to the call of Christ, and in solidarity with churches and our other partners in the Middle East, this network covenants to engage, consolidate, nourish, and channel the energy in the Presbyterian Church (U.S.A.) toward the goal of a just peace in Israel /Palestine by facilitating education, promoting partnerships, and coordinating advocacy. Our network speaks TO the Church not FOR the Church.
Banner photo by Joe Mabel; checkpoint photo provided by Susanne Hoder of the United Methodist Church.
Share this
Tags:

Don’t Let the Stones Cry Out In Your Place

An Outline of Twelve Overtures. In 2018, business before the