ACTION: Help This Pastor Publish Her Book, Confessions of a Closeted Lesbian, by pledging support on Kickstarter

Rae is a pastor and counselor from the Chicago area. On August 6, 2012, Rae launched a blog called “My Silent Half“, a series of “confessions” grappling with her sexuality. Hoping to publish a book based on these confessions, Rae initiated a Kickstarter project to help fund the book. Unbound learned about the project in response to our National Coming Out Week series of stories of LGBTQ candidates for ordained ministry. Below are select passages from Rae’s blog. Read her story with care and consider pledging today. 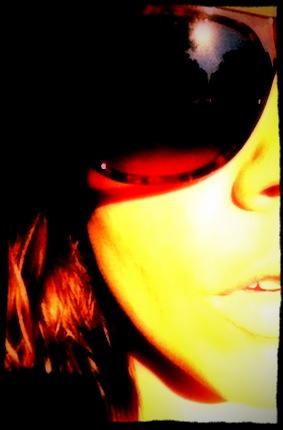 My Silent Half: Select Confessions

Confession #2
I’m a pastor. I went to seminary. I’ve read the literature. I’m still in love with a woman.

It really bums me out that the moment the word “Christian” is uttered the LGBT community cringes but they are right to do so. The Christian community has, often, failed them. We’ve allowed them to be victimized by our fear of change, by our inability to understand culture outside the dimensions of which we were raised, and frankly by our distaste for being wrong. It’s been allowed, it’s been encouraged, and it needs to change.

I went to seminary because I needed to see and be part of that change.

What I’ve come to realize as I’ve been more honest with myself over the past year is that while you can outrun your sexuality for a while it eventually catches up with you… mostly because it doesn’t leave and you eventually run out of excuses to ignore it. I’ve also come to understand that the change I thought I was going to be a part of is much bigger than I could have ever imagined. A movement inside the church needs to happen and it needs to be lead in the heartbeat that grace always wins.

Today’s confession is I want to bring Jesus into the lives of the LGBT community, to tell them they are loved.

The second part of my confession today is I want to start bringing LGBT wisdom to the Jesus people. Even in my now growing communication with a community I’m quietly a part of, I have come to find some of the brightest, wisest people I’ve ever known. Their passion could change the church and frankly it already is. They are, like all marginalized, a group of people who have come to understand the need for grace under the cruelest of conditions. They have been wrongfully out-casted, called less than, mocked, and used as a political tool. They have been given every opportunity to quit, to stop trying, to give in, and yet they haven’t. And most have done so with grace, compassion, and growth. This kind of wisdom is not learned in books; it is experienced in the trenches of life. Far too often we come to the subject of grace and assume it is an earned source of worth, but it is not. It is the unmerited (unearned) gift of God and it is found deeply rooted in the hearts of these people. The church, the real church, the church of grace and hope and Jesus has a lot to give the LGBT community and in return the LGBT community has so much to give the Church.

Maybe I’m dreaming too big when I am so small but today I wanted you to know… this is so much bigger than me.

Confession #4
I’m a lesbian. I’ve never said that out loud before.

I’m a lesbian. I think woman are beautiful, vibrant, and intoxicating. I love the way their lips move when they speak. I love their charm and charisma as they move through their day to day. I get butterflies in my stomach when they catch my eye.

I’m a lesbian. My identity has been sealed for quite some time, I never out ran it, and despite my efforts, I never prayed it away. The difference now is my ability to amplify it for the better. To grow a voice… to help a movement… to be part of liberating change.

Confession #18
God seems to be such a touchy subject to converse on, mostly because humans have a way of intervening on God’s behalf and bestowing judgment where they see fit. I am a victim of this attempt.

To hear pastors preach about burning in hell leaves scars on a person’s heart. I coped by ignoring it. I pretended it had nothing to do with me. I wasn’t gay, so I wasn’t in trouble. I avoided the debate and ignored the questions.

Would God say that a woman loving a woman was wrong and cause for eternal separation from God… would that happen?

The question blew up in my face. It was awful and agonizing but as I stumbled through that pain and struggle, I was able to the answer not only from my biblical background but from my heart.

No… I do not believe Jesus gives a hoot about who someone loves romantically; rather, Jesus’ focus is on how people love universally and on the ethical quality of that love: respect, consent, mutuality, loyalty, trust, faithfulness…

Still, God is a touchy subject to talk about because of the wounds parts of the church have inflicted on our generation and those before us.

Confession #25
“You know your hands can tell people if you are gay or straight.”

Some people carry a wound with them everywhere they go, so deeply it affects every word that comes from inside their mouths. I believe, more than I can express in words, that we often carry wounds far longer than we should because we never allowed ourselves to actually feel them… to actually hurt through them. We say the hurt or the mistake or the break up or the abuse or the cruelty or the bad joke or the biting comment was our fault, our bad karma, or something we had coming to us.

Through this blog I’ve realized something: the world needs my story, not because my story is rare in some special way, but because it’s not. There are thousands of people with my same story. And the beautiful truth of it is… people need your story too. Because there are more little girls and boys out there, locked in their rooms, crying the same tears.
___________________________________________

Wounds are like shadows on our spirits. If you don’t pour light on them, if you don’t expose them and feel them and allow them to heal they will remain… lurking… and always available to invade beautiful moments.

Confession #41
I sat on the floor of my childhood room this weekend.

I thought about all the pain and confusion and frustration that were locked in those walls with me. I thought about the girl who was so scared of who she was and what she felt. I ached.

This is why our stories are so important. Being able to share and look back and even hurt, on my past’s behalf, gives me a different perspective on my future. It creates more urgency and understanding of why I must keep sharing, must keep processing, must keep communicating to anyone who is willing to listen: “You are not alone. You are worth it. Keep going.” Because there are more little girls and boys out there, locked in their rooms, crying the same tears.

Today’s confession is quite simple. Through this blog I’ve realized something: the world needs my story, not because my story is rare in some special way, but because it’s not. There are thousands of people with my same story. And the beautiful truth of it is… people need your story too.

Watch Rae’s video and hear directly from the author:

Coming Out or Inviting In?