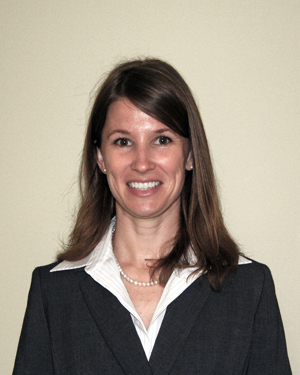 The following article is the first in a series, Tracking the Immigration Debate. This week we are cross-posting with our partner site, ecclesio.com.

Melissa Davis is co-manager of the Office of Immigration Issues of the Presbyterian Church (U.S.A.)
But our citizenship is in heaven, and it is from there that we are expecting a Savior, the Lord Jesus Christ. Philippians 3:20
As people of faith who have professed that our citizenship is in the kingdom of heaven, how do we square the current debate about who is a citizen of the US?  Just as when the letter to the Philippians was written, citizenship is highly prized.  It provides access to rights and responsibilities, a way to move upward and –most importantly in today’s environment — it provides a way to impact the laws that govern our common life.
We can read this verse in Philippians in isolation from the rest of Scripture and walk away with the notion that our earthly status is irrelevant; or we can read it as a reminder not to idolize our status but to recognize it as a privilege that permits us to live our faith and to achieve the fullness of God’s call on our lives.
While immigration reform has been in the news since the day after the 2012 Presidential election, a pathway to citizenship has remained a major sticking point.The rift among policy makers was only widened in early March when Jeb Bush reversed his position on immigration reform and announced that a pathway to citizenship would not be necessary to effectively reform our nation’s laws.[i]  This debate may leave many with the erroneous impression that Uncle Sam will visit the some 11 million undocumented individuals in the US while they sleep, wave a magic citizenship wand over them and leave a US passport on the bedside table.This is far from the reality of existing proposals for a pathway to citizenship.
The proposals include a common list of “costs” that those present in the US without authorization would have to assume in order to “earn” citizenship.This list includes: paying a penalty, paying any back taxes, learn English, and get at the back of the “line,” so as not to earn status before those who have been waiting in the backlogs for family and employment based categories.The President outlined this list in his plan; and the plan put forth by the “Gang of 8” Senators included them as well.  Many fear that lawmakers will attempt to exact too high a price from the people who have already given much to the US. The danger of seeking too severe a punishment is that families will fear coming forward and not take part in the reform, pushing them deeper in the shadows and making them more vulnerable.

The General Assembly of the Presbyterian Church (U.S.A.) has advocated for a pathway to citizenship for families and individuals already living and working in the US.[ii]  This call for a commonsense and just plan was reaffirmed in 2012.[iii]  The General Assembly action reflects an understanding that anything less than citizenship would create a permanent underclass in the US. We live in a country that often appeals to its roots as a “nation of immigrants.” Our courts and policy makers have repeatedly affirmed the importance of citizenship. Actions such as the ratification of the 14th Amendment and the Supreme Court’s decision in Wong Kim Ark recognize access to citizenship as embedded in the fabric of our common life together.
What makes someone American is not a piece of paper but a way of life, a common set of values. It is American to critique our policy makers and advocate for rights that have long been inaccessible to segments of the population in the US. In fact this was the driving force behind the writing of our Declaration of Independence that put forth the bold proclamation:
We hold these truths to be self-evident, that all men are created equal, that they are endowed by their Creator with certain unalienable Rights, that among these are Life, Liberty and the pursuit of Happiness. — That to secure these rights, Governments are instituted among Men, deriving their just powers from the consent of the governed, — 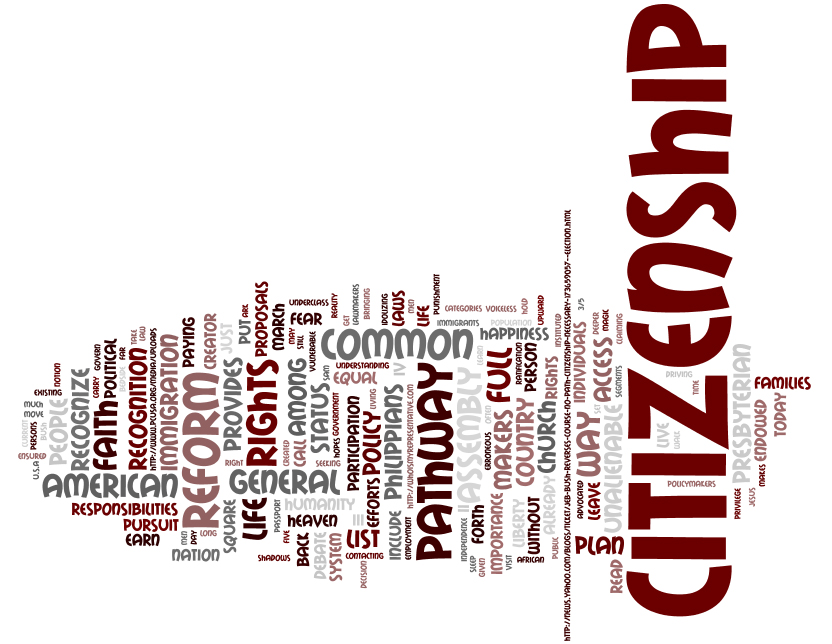 People of faith have led the efforts calling the country to recognize the full humanity of persons oppressed by the “rule of law” — person who are also “endowed by their Creator with unalienable Rights.”  These efforts have resulted in the end of slavery, the full recognition of people of African descent (not 3/5 of a person), women claiming the right to vote, acknowledgment of the wrongful imprisonment of Japanese Americans, and the legal recognition that separate was not equal. Full humanity inherently means full participation in our common political life.
In bringing our faith to the public square in a way that recognizes the importance of citizenship without idolizing it, Christians can again claim their legacy as policymakers.  In a country where citizenship not only provides access to the American dream but affirmation of being “American,” providing a pathway to citizenship in immigration reform is recognition that “Life, Liberty, and the pursuit of Happiness” are still unalienable rights.  These rights can only be ensured through full participation in the political system, which requires citizenship.  Exercise your responsibilities today by contacting your representatives[iv] and urging them to include a pathway to citizenship in any comprehensive reform.  Your voice and five minutes of your time can carry the hopes and dreams of those who, for now, are rendered voiceless in our system of government. [v]

Who is my neighbor? Accompaniment in Agua Prieta

10 Years after the Invasion of Iraq

When I returned to Agua Prieta in 2017, I attended