After the General Assembly 219th in 2010 lifted the ban on the ordination of gay, lesbian, and bisexual individuals, the leadership at my past church thought it might be a good idea to host a couple of evening classes to inform individuals about the issues voted upon in Minneapolis. From the outset, it became clear that the views expressed by the majority of those in attendance would not be altogether favorable of the changes. One particular quote from those conversations that has stayed with me was when an older gentleman shared this insight: “If God wanted us to accept gay people, then there would be gay characters in the Bible!” His view was this: omission of lesbian, gay, bisexual, transgender, or queer (LGBTQ) people is akin to disapproval. In practice, he is right: when our stories are not told, when our community is silenced, and when there are no depictions of us in media and in church; it translates to disapproval. As I approached this new hymnal, I struggle with this. Where are queer folks found in the new hymnal?

At the same time as I contemplate our location in the text, I also pay heed to practicality. Begun in 2005 with the 216th GA’s approval for the Office of Theology and Worship to research the feasibility of a new hymnal, and concluding in January 2013 with the Presbyterian Committee on Congregational Song (PCOCS)’s final meeting, this project was over a decade in the making—a decade which encompasses some of the most divisive and controversial times in the history of the PC(USA). Although the denomination has shifted considerably during this time towards welcoming and ordaining gay, lesbian, and bisexual individuals, we still do not recognize same-sex marriage. The members selected for the PCOCS in fall of 2008 were tasked with the monumental task of compiling a hymnal for a church that is still becoming.

First and foremost, I want to acknowledge that I believe this hymnal is a great step. Through the other articles in this advent series, we have seen how this hymnal offers fresh voices and seeks to emphasize social justice. And fortunately, those of us in the LGBTQ community have developed skills and sensibilities that allow us to hear our voices, pick out our own people, and see our stories even when a heteronormative society fails to see the queerness right in front of them. What follows is my own (sometimes tongue-in-cheek) view as a white, gay, queer man as to why this new hymnal is good for LGBTQ people.

1. Shout-out to Sexual Orientation as an Identity

“Language that stereotypes persons according to categories such as gender, race, ethnicity, socio-economic class, sexual orientation, age, or disabilities will be avoided” – Appendix 2: A STATEMENT ON LANGUAGE Glory to God: The Presbyterian Hymnal, p. 929

The PCOCS’s “Statement on Language” includes “sexual orientation” among a list of categories of persons who will not be stereotyped. The queer community thus avoids harmful stereotypes, but it also avoids direct mention altogether within the new hymnal. This statement is similar to the composition of many anti-discrimination laws and ordinances and can be read as a tacit affirmation that LGBTQ people share an identity, not a sin.

And rest assured, even when orientation is not mentioned by name, we see our faces in the text. Just as the perspective of queer theology on biblical texts has allowed us to uncover and celebrate the Ethiopian Eunuch, David and Jonathan, and Ruth and Naomi as part of our stories, the LGBTQ community has also come to understand that texts which celebrate the outcast, strangers, and the unaccepted – texts which cry out for justice – are speaking to our community.

2. Color Options to Match All Your Liturgical Needs

In response to often being made invisible, the LGBTQ movement has developed a taste of flare, even at the expense of being seen as tacky (we prefer “campy”). Likewise, the new hymnal is making her debut in both red and purple. Matching your best Sunday handbag, hat, or heels, she is garlanded for both the seasons of Pentecost – where she will look divine in her red adornments amongst all the flaming banners –  or Lent – where her glowing purple hues will make her the most appropriately dressed book in the pew for the more somber of occasions. I suppose the purple hymnal could also work for Advent (for those of you who have not yet gotten the fashion memo that “blue” is so in this season.)

3. Welcome to the Table

The selection of hymns gives lyrical voice to the theology and beliefs of the Presbyterian Church. The multitude of hymns that speak for the welcome of all to the body of Christ should be taken quite literally: welcome for all. As we sing together these words in community, their message should speak to the hearts of congregants. “God Welcomes All” (#399), so “Help Us Accept Each Other” (#754) and “Let Us Build a House” (#301) where love can dwell, and all can safely live. Perhaps when Christians begin to live out the words of these hymns, the exclamation point of “Look Who Gathers at Christ’s Table!” (#506) may very well shift to a more queer interrobang‽

Speaking of hymn selection, it may have been nice to see the inclusion of some of the more traditional “gay anthems” in the hymnal, such as those selected as particularly meaningful for the welcoming church movement. Though many were absent in this rendition, perhaps we can look forward to a future hymnal that includes “God Made Us From One Blood” by Thomas H. Troeger:

Help families in all of their various forms,
To face with integrity struggles and storms.

Or “Guide Us To Openness” by Rev. W. Robert Martin, III, which was dedicated to the ministry of More Light Presbyterians:

Regardless of their inclusion in the hymnal, those resources are made available (along with a plethora of other liturgy) through The Institute for Welcoming Resources.

However, let us not overlook the other hymns that call attention to the need for justice and reconciliation. Indeed, a whole section of the new hymnal is dedicated to just this. I am particularly fond of the song about the first Madonna and original Christian diva “The Canticle of the Turning” (#100):

My heart shall sing of the day you bring.
Let the fires of your justice burn.
Wipe away all tears, for the dawn draws near,
And the world is about to turn!

Find a strong female vocalist who plays guitar, and you’ll have a folk song that could make even Melissa Etheridge jealous!

While we are on the topic of potential queer anthems from the hymnal, and as we celebrate the striking down of portions of the Defense of Marriage Act, let us honor the fact that the marriage hymn “Unseen God, Your Hand Has Guided” (#685) is not gender specific. 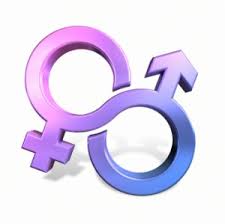 With this new hymnal, we finally bid adieu to the “generic masculine.” In addition, the language used for God was under stricter scrutiny. Without erasing gender, the new hymnal makes a concentrated effort to include both “masculine” – “Come, Thou Almighty King” (#2) – juxtaposed (often directly preceding) hymns that celebrate more “feminine” imagery – “Womb of Life and Source of Being” (#3). However, some of us are still anticipating the day when we can sing out in loud voices “Come, Thou Almighty Queen.”

LGBTQ people share identities with other communities, and we have other needs beyond queer liberation: we are people of color, we are disabled, we are poor, rich, and everything in-between – men, women, gender queer and otherwise identified. Although there are numerous examples of social justice issues found in the new section on justice and reconciliation, as someone who has worked with LGBTQ, polyamorous, and kink survivors of partner abuse, I was particularly pleased to see the hymn “Sacred the Body” (#27). 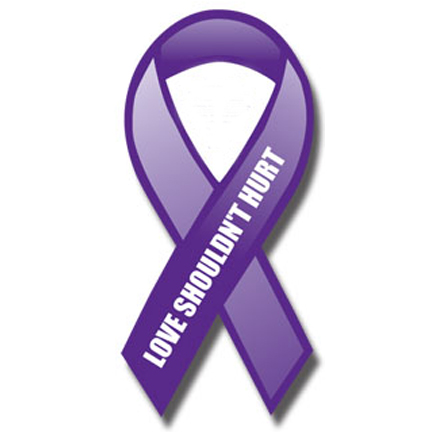 Love respects persons, bodies and boundaries.
Love does not batter neglect, or abuse.
Love touches gently, never coercing.
Love leaves the other with power to choose.

Many partner abuse organizations view partner violence as an outgrowth of power inequalities in society–a macro problem manifesting itself in the home. Misogyny, racism, homophobia, transphobia, and classism are just a limited number of social problems that can be used as tools for abuse. For those of us healing from our wounds received by the church, this hymn is an anthem for survival and the worth of our queer bodies. For additional resources about partner violence for queer people, please visit The Network/La Red.

7. Robert Gagnon Seems to Have a Problem with the New Hymnal

These are only a few of the ways that Glory to God is good news for queer folk. It is limited in scope by my own perspective and experience, but I know that there are others in our community who might hear their own stories and liberation in a particular hymn or theme.

Where do you find your voice in the new hymnal? Through what other lenses might we look?

AUTHOR BIO: Matthew Dimick is a recent graduate from Boston University School of Theology (MDiv) and School of Social Work (MSW). His work in the Presbyterian Church has included HIV/AIDS advocacy with the Presbyterian Church Office of Public Witness, activism with That All May Freely Serve, and finding community with Presbyterian Welcome. Matthew has also worked with The Network/La Red providing support and advocacy for LGBT/Q, polyamorous, and S/M communities. He currently works as a Pastoral Intern at First Presbyterian Church Palo Alto in California.

Can Inclusion Go Too Far?