Moving to a new city is no easy feat. I’ve done it twice in my life thus far, and I wouldn’t wish the difficulty of moving and getting settled in a new city on anyone!

Many people find themselves moving to a new city because of happy, exciting changes in their lives. My first move was a post-college, pre-first job move. I packed up most everything I owned in my Volvo station-wagon and made the drive from my small town in South Carolina to the big city of Nashville, TN.

Why did I move to Nashville? I was about to begin a year as a Young Adult Volunteer (YAV). YAV is a PC(USA) volunteer program that gives young adults the chance to move to a new city (some, like mine, within the US and others around the world), be part of an intentional community, and serve with nonprofits and churches in the area.

If you are going to make the move to a new city, moving as I did with a pre-assigned job, house, and community is highly recommended! Obviously this is a rare set of circumstances, but joking aside, often when you are planning a big move, you will have at least one of those three things already in place. Maybe the move is for a new job or to be closer to family or loved ones. Maybe you move because your sights are set on a specific location or because you want to become better connected with a certain community. Bottom line: moves are usually our choice. But for the families with whom I worked during my YAV year, the moves that led them to Nashville were far beyond their control.

My YAV work placement was with Nations Ministry Center. Nations was founded in 2002 by a group of Presbyterians in the area who wanted to help the people who were coming into their communities as newly resettled refugees. A couple years before my arrival on the Nashville scene, Nations had connected with a community of newly-resettled Burundi families. These families had fled their home country for Tanzania, where they lived in refugee camps for almost a decade. Now they had finally made it to the US. But…what happens next? Many of these families were trying to figure out what it means to be a refugee in a new land, what it means to be a Burundi-American…not to mention how to be a member of an urban community! 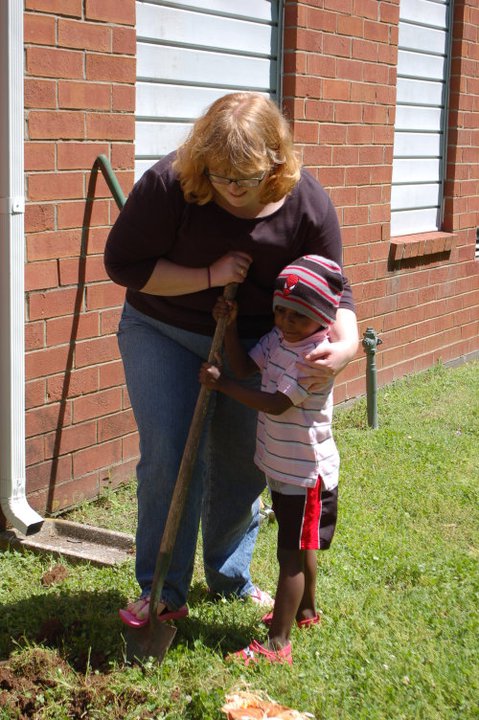 As I mentioned, I was able to move to this new city with a home, a job, and a community in place. In some ways, those who are brought to the US as refugees are offered similar package. The refugee resettlement program of the US government provides an agent and support for refugees for the first few months after resettlement. The family is set up with a home and job placement is offered. But think for a minute about what kind of housing and jobs are available to people who are new to the country – and often to the English language as well. For those who lived for decades in the refugee camps in Tanzania, even the reality of being permanently in one location instead of migrating and living in camps is a whole new experience. The apartments assigned to refugees are often too small for the size of the family and are often in parts of town known for violence and scarcity of fresh food (sounds a lot like the conditions that led them to the US in the first place!). The resettlement agents find jobs for refugees based on their English language skills. They do not take talents/skills inventory tests; no one asks about their passions or vocational goals.

After getting settled, refugees are then faced with the challenge of raising their families in a way that gives their children every opportunity possible in their new home while still seeking to preserve and honor their heritage and their culture. Parents study for citizenship tests using their elementary schoolers’ US History textbooks because they’re written on their English reading level. Imagine navigating family situations where the ten-year-old is the most fluent English speaker and therefore becomes the figurehead and de facto communicator for the family – on everything from school, to work, to taxes! 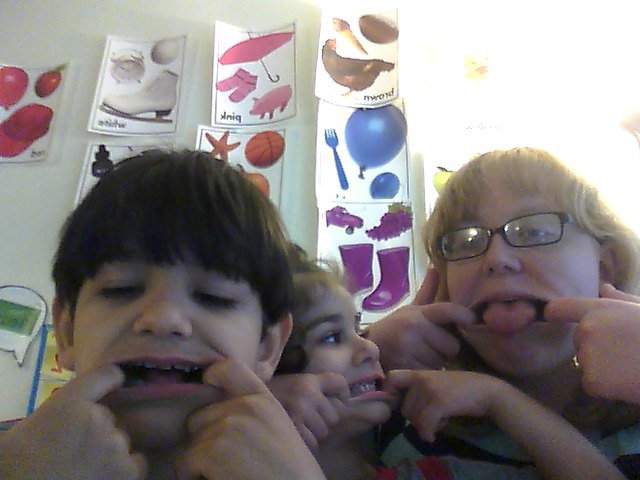 I taught preschool four days a week for two hours each day. My class – my little United Nations, as I liked to call it –  was an eclectic bunch! My students came from Burundi, Tanzania, Sudan, Ethiopia, and Iraq. The volunteers and I would communicate in any way possible, as some of our students communicated in shouts and some never spoke a word. Over the course of our year together, we ate healthy snacks, worked on our English skills through puzzles, coloring, games, worksheets, and singing. We brushed our teeth every day and did some potty training. We had circle time, reading time, and lots of time for hugs. I was able to help register some of them for HeadStart and others for Kindergarten. I sat in houses and went through form after form, spending hours at the free clinic near our office making sure they had their immunizations – which of course then required filling out more forms.

I also worked with the middle schoolers from these same families. We met after school and did homework. I would be lying if I wrote a bubbly paragraph here about hugs and singing. That is not how middle schoolers and I interact. But we did interact. We had discussions about the difficulties they were having at school, their dreams for college and for good jobs that would empower them to support their families, and the tensions they felt as they found themselves in situations of conflict over race and culture. And actually, we did sing. Mostly in my car, and mostly to Rihanna. 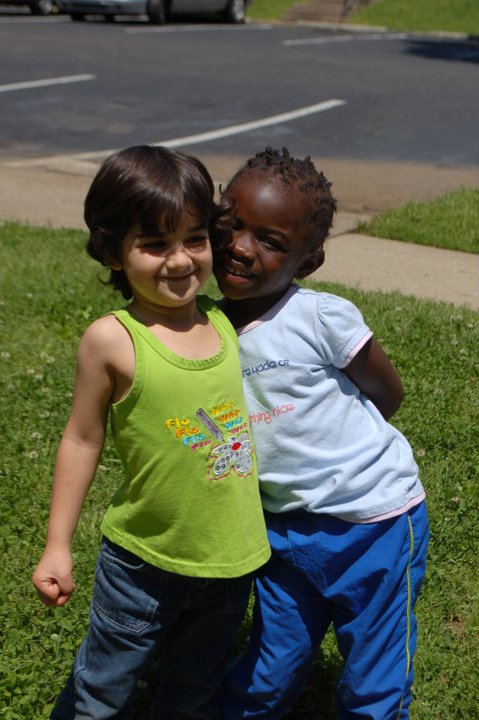 To truly live in a city, you have to move to that city. In some ways, as people of faith, this is in our Biblical DNA, for our faith stories are full of geographical transitions. Adam and Eve have to move into their second garden home. Abraham and Sarah are called out of their peaceful lives in Ur to be God’s people in the land of Canaan. Ruth and Naomi move from Moab back to Naomi’s homeland in Israel when Naomi’s sons die. Our spiritual ancestors wander in the desert with Moses for forty years seeking a place to lay their heads as free people. Then, sooner – I am sure – than they imagined, they are back in transition as the kingdom divides and falls. Jesus is always on the move in the Gospels, and the New Testament journeys of the disciples and apostles lead them from one city to the next. Jesus makes it clear to his followers: the lives they will lead as disciples will always be transient.

Moving involves pulling up roots and nurturing them so that they can be replanted in a new place and grow. I thank God for the opportunity to walk alongside my sisters and brothers in Nashville. As I learned to replant my own roots in a new city, I was encouraged and inspired to watch the roots of my preschoolers, middle schoolers, and their families establish themselves as permanent transplants into their new society.

AUTHOR BIO: Beth Olker is in her second year in the MDiv degree program at Union Presbyterian Seminary. With her deepest roots in the upstate of South Carolina, Beth is a graduate of Presbyterian College and a proud YAV alum after her year in Nashville. She is currently a candidate for ministry in the Presbytery of Middle Tennessee.

For the Healing of the Nation