Being involved in the church and in the community brings a great deal of responsibility. As a 26-year-old active Presbyterian and elected City Councilwoman in Harrisburg, PA, I learn more about that responsibility each day.

One might think being actively involved in both the religious and political spheres would be a daunting and draining task, but I have found it to actually be incredibly rewarding, as long as I put God first and ask God to order my steps. Don’t hear me wrong: I am not saying that every day is rainbows and sunshine, but I have learned that when I truly seek to serve God and pray for guidance, my hand is upheld and I do not fail. When times get too difficult and I feel like packing my bags and running away to the West Coast, I start to sing “Spirit of the Living God” quietly to myself. By adopting these simple words as a daily affirmation, I have come to believe that I – and we – can conquer all things through the power of God’s Spirit.

“Spirit of the Living God, Fall Afresh on Me”

As a black, millennial woman in today’s society, I encounter my fair share of barriers. Often, what I need most is just to take a step back from my daily routine and ask God’s living Spirit to grace me with God’s presence. Thankfully for me, God has placed strong and faithful people in my life who have served and continue to serve as mentors – both in faith and in politics.

I could not be a political servant for both God and my community without a love for community service and a passion for politics. For as long as I can remember, my mom instilled in me the importance of giving back to my community, even in my early years when I had no interest in politics. As the granddaughter of a sharecropper from the Deep South and the daughter of a union steward, my mother implanted in me the importance of voting in every election, no matter how small. We were never a family that an outsider might look at and call “politically engaged,” but my mother voted in every single election, even the local ones, and the rest of us learned from her example.

My passion for politics, on the other hand, didn’t really develop until my senior year of high school. I was a dual enrollment student at Sci-Tech High School and Harrisburg Area Community College. I enrolled in a couple of general education classes, but it was my Government and Politics class that really piqued my interest. I was blessed with a phenomenal teacher, Professor Terri Marquis. She was a short, feisty woman who did not take crap from anybody. I loved her spirit, and she was always able to spark my interest on local issues that were occurring in central Pennsylvania. She was a member of the League of Woman Voters and offered extra credit to her students for volunteering with the organization (and probably others).

Professor Marquis and I shared a really valuable mentor/mentee relationships. She was immediately drawn to me as one of the youngest students in her class; she gave me the nickname “Baby Genius”. Even after I graduated from high school and went away to college, Professor Marquis and I continued to keep in touch. From advising me with my first semester schedule to helping with the logistics for my first campaign in 2011, Professor Marquis has always been a great friend and advocate. From her I learned that I can be surrounded by political gurus running a campaign, but without teachers of the church, how can I be sure that I am following God’s word?

When I transferred from Clarion University back to Harrisburg Area Community College, I started to become more involved in my congregation. One woman, who was heavily involved with the Presbyterian Woman (PW) of the Presbytery of Carlisle, invited me to join her at a PW meeting. My first thought was, “Well, at least I’ll learn how to knit gifts before Christmas,” but I quickly learned PW was a far cry from a knitting group! The ladies were active and involved, not only in the Presbyterian Church, (U.S.A.) but also with partner churches and organizations abroad. It was clear that they were devoted to mission, both at home in the United States and around the world.

One of the first international mission efforts for which we raised money was dedicated to helping women start their own businesses. It was incredibly rewarding to know that I was involved in helping a fellow woman, a sister, gain her independence by making her own money in a male-dominated country. Over the years, I have become more and more involved with PW, eventually even becoming the Diversity Coordinator for the Presbyterian Women of Carlisle. I have really been able to share my gifts cultivating diversity in our Presbytery.

I now encourage every young woman I meet to get involved in her local Presbyterian Woman group. They might be surprised, as I was, by the scope of PW’s mission and by the pearls of wisdom and depth of experience right there in their own congregations!

When I decided to make my transition back from Clarion University, I was a junior attending community college. As a first generation college student coming back home, I felt defeated and ashamed. Although my mother would never admit it, I knew that she too was let down.

Besides getting back into church on a regular basis, I started to get more involved in my community and began volunteering at the Harrisburg School District. It was then that I started to realize the disparities and disadvantages that many Harrisburg students face, especially when compared to students in the surrounding districts. Slowly, my sense of defeat began to lift. I held firm to my faith, a faith that was reaffirmed in my church community, that God can use me wherever I am. And as I listened to God, I heard God calling me – as unexpected as it may seem –to run for the Harrisburg School Board at the age of 20.

Running was a process all to itself. Looking back, I had no clue what I was doing. Fortunately, God put people in my path who pointed me in the right direction.

I decided to run three days before petitions were due, which means that in three days, I had to solicit 100 signatures from the residents of Harrisburg in order to get on the ballot. For some, this may seem to be an easy task, but it was actually quite a challenge to convince people that, at age 20, I was ready to represent them. Many of the residents were receptive to change and supported my race, while others slammed their doors in my face and wouldn’t give me the time of day. I even have someone challenge my petition twice to keep me off the ballot and had to go to court and defend myself in front of a judge. It was as if a young black woman being involved in her community at the level of representation and local government was some sort of crime. I remembered and began to identify with those people in the Bible that God used despite the odds: David who slayed Goliath, Joseph who saved his family after being betrayed, Jeremiah who was called by God to be a prophet, and Esther whose wits and grace saved her entire nation.

Every morning, my mom sends out Bible verses through an e-mail chain. I often ignore them, but one morning during my first campaign, something inside told me to me read the passage that day. It was Jeremiah 29:11 “For I know the plan I have for you,” declares the Lord, “plans to prosper you and not to harm you, plans to give you hope and a future.” That morning I heard a word from God to keep pressing on and not to look back.

When I attended a Bible study led by Minister Nick Peterson, we completed a test to determine our spiritual gifts. When I finished the test and got my results, some of my gifts seemed right on the money – like administration. I love my planner: I mark it all up and plan out my entire week every Monday with my cup of coffee at work. My next gift according to the test was leadership, which goes hand in hand with administration and also seems to fit my experience thus far, as I’ve sought to be organized, compassionate, and able to endure a great amount of pressure in order to serve in a leadership position. 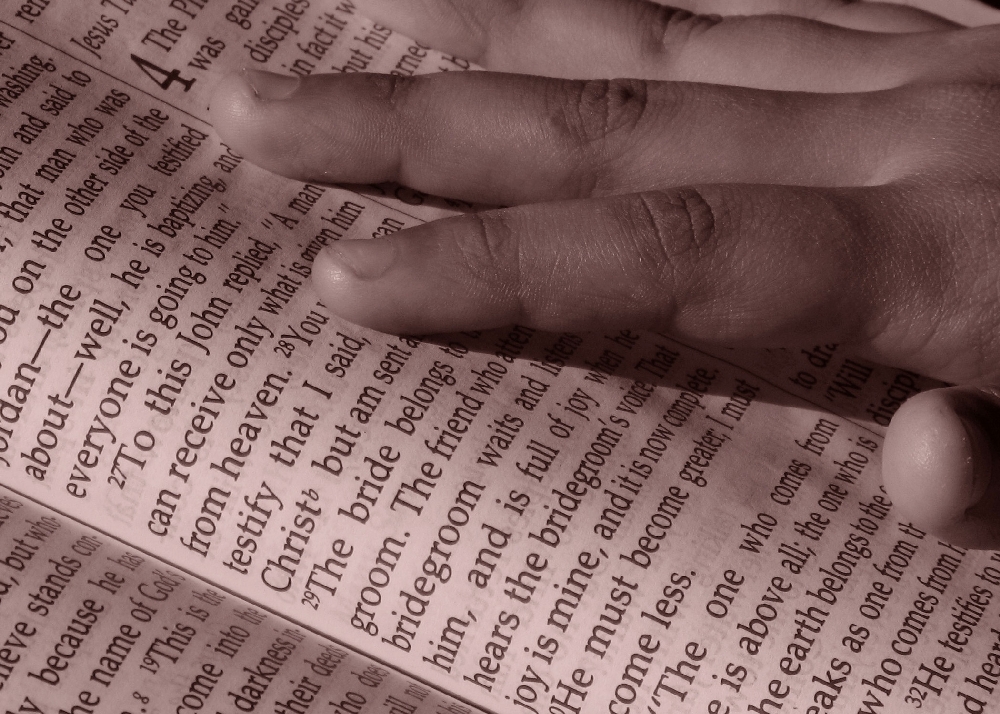 The one result that threw me for a loop was the gift of discernment. Even my mom was skeptical. “Are you sure you didn’t add something wrong when you did your final calculations?” Discernment just couldn’t be right. I have always considered discernment to be a rare and special gift. Not everyone can see the difference between good and evil, between dark and light, and I was at a point in my life when I did not believe I always had the best sense of judgement.

However, as I started to evaluate my gifts in greater depth, I began to see how much I needed discernment in my role as a school director (and now even more on city council!) and how God was providing for me by cultivating that gift within me. I was reminded that just because I am not in church does not mean I’m not constantly applying my spiritual gifts in my daily life of work, family, and community. I began to better understand the relationship between my duties as a Christian and my duties as someone in a leadership role.

During my time on the School Board, there were a couple of votes in which I was the swing vote or the final decision maker. It was by using this spiritual gift of discernment, praying to God to reveal the right path to me, that I was able to feel comfortable and at peace with my decisions. Plenty of times, the choices I discerned earned me quite a few enemies when I didn’t vote their way, but at the end of the day I could sleep at night. I also earned the respect of my peers for making strong, independent decisions based not just on what certain people wanted from  me, but on what I truly discerned to be right.

Ultimately, I have learned that in order to have God’s Spirit manifest in my life – including my public, political life – I have to allow God to use me. To this day, I fix my mind upon Proverbs 19:21, “Many are the plans in a person’s heart, but it is the Lord’s purpose that prevails.” This reminds me that at the end of the day, I am not accountable to people but to God for the people.