We should never underestimate the power of these words. What’s more, God calls us, as people of faith, to speak these words in our relationships and our larger communities. Though voiced aloud, the words “I believe you” are not solely a verbal statement. They represent a posture – a willingness to honor stories of injustice and violence as truthful and to proclaim the human worth of those who have endured them.

We need to speak these words with our voices, actions, and commitments. We need to embody them in our relationships. As this tumultuous election season nears its close and we move into the months ahead, we will need to prioritize them.

Without question, this election season has been stressful and anxiety-producing. Social media newsfeeds are saturated with contentious stories and troubling rhetoric. Our nation is deeply divided as we head into the polls. With lingering partisanship intact, many feel a sense of fatigue.

Beyond the casual fatigue, however, some among us are reliving the harsh realities of trauma. Throughout this election season, we have been confronted with racist and misogynistic language and feelings. We have heard demeaning statements and claims of predatory behavior. We have heard dismissals and character assaults upon women who are going public with their personal stories. Right now, across this nation, women are recalling memories and emotions connected to their own experiences of sexual assault and sexual harassment. Whether these personal stories of abuse were recent or took place many years ago, they can feel quite present when recalled, or when similar stories in the news trigger such memories. It is imperative that people of faith listen authentically and enact the meaning of these words:

Just a few weeks ago, I was sitting around a table at a rehearsal dinner for a wedding. Though I was close to the couple, I did not know many of the other guests. I sat at a table with five people I had never met before. Such settings usually come with a high potentiality for endless rounds of small talk, but I was grateful that our conversations quickly turned more substantial. We talked about education, social work, the revitalization of the auto industry, and what we most hope to do in our various professions. Throughout the duration of our time together, I found myself wondering about the political leanings of the others. We had not yet mentioned the election; in this time of stark division, we likely thought better of it. But more than once, as we talked, I became curious how we might connect these topics with the unfolding election.

Then something happened, and we could not avoid politics. I was the first one who happened to glance down at my phone. I opened Facebook, and virtually everyone on my newsfeed was talking about the very same thing. At first, I simply scrolled through the feed. I did not want to be rude and read an entire article at the table. Yet something in me realized that I must. So I took a deep breath and took a step into territory we had thus far avoided.. I named a presidential candidate aloud.

“You all, I’m sorry to interrupt, but something has happened with Donald Trump.”

At once, the rehearsal dinner guests pulled out their phones and saw the host of articles too. The Access Hollywood video had hit the news. We sat at our table with our mouths wide open. Suddenly, no one was talking. Instead, we were grappling with the recognition that a presidential candidate of the United States was bragging about acts of sexual assault on video. I was no longer worried that we would disagree. Whatever our larger political persuasions were, we were all in agreement in that moment. We were appalled by these statements.

Over the next few days, this story continued to dominate social media, becoming the catalyst for many women to share their own stories of sexual harassment, discrimination, and assault. The outpouring was overwhelming and revealed that abuses like these are far from rare. Author Kelly Oxford encouraged her Twitter followers to tweet about their first experience of sexual assault (note the tragedy of the word first), and millions of women responded using the hashtag #notokay.

Next, in response to the Access Hollywood video, a number of women began to voice allegations that Donald Trump had indeed sexually assaulted them and made unwanted advances. In no time at all, their stories were publicly denied, and they faced accusations of lying and simply seeking “ten minutes of fame.” All of this has unleashed memories and emotions of trauma for many women (and men, too) as they have recalled stories of sexual assault and subsequent dismissals. 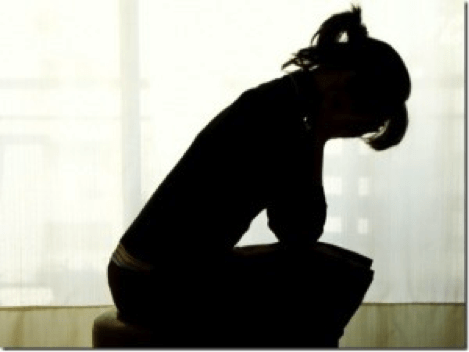 In the face of this reality, these words are paramount. The words, “I believe you,” are a vital witness to the reality of sin. They are a bold proclamation of the inherent worth of our neighbor who has been wronged. In the face of misogyny, racism, transphobia, homophobia, and classism, these words are crucial.

A few months ago, my friend Sarah Watkins, wrote a statement on social media. Though succinct, it speaks volumes in its power:

“If you want to be a good ally to someone, believe them. Do you know how often people who are marginalized and abused are doubted about their own experiences?

This must be the posture of the Church. It is true that pastors and congregations should never endorse particular candidates or political parties in the context of worship or official literature. But we cannot go completely radio silent as fellow human beings are harmed by dangerous political rhetoric. When neighbors in our pews and in our communities are reeling, our silence can become perceived complicity and agreement; it adds to pain. We as Christians are called to love our neighbors, and that means we are called to address the realities behind this rhetoric.

As people of faith, we often talk about the power of belief. During this contentious election season, we might consider how Christian scriptures frame the concept. In the New Testament, the verb pisteuo is often translated as ‘believe.’ Yet it is frequently followed by an additional word – eis, which means ‘into.’ The smaller word often gets left out in English translations, but it is an important nuance. When we believe, we place that belief into a reality. As Christians, we place our belief into Jesus, trusting in him and the reality of the Kingdom of God.

Indeed, we trust into the one who taught us to love our neighbors. When we say, “I believe you,” to our neighbors, we voice crucial words, but at the same time we do so much more. We enact and commit to a posture, leaning into the reality of another’s pain as we recognize the truth of the injustices they have endured. We trust most ultimately into the reality that our neighbors have intrinsic worth which can never be lost, for each is profoundly loved and made in the image of God.

AUTHOR BIO: Renee Roederer is a PC(USA) teaching elder who serves as Community Chaplain in Ann Arbor, Michigan. In that role, she is the organizer of a new community called Michigan Nones and Dones and serves as a Campus Minister at the University of Michigan. She is a writer and speaker who blogs frequently at Smuggling Grace.

For more posts by Renee on the Church and public discourse this election season, check out the following blog posts: