The 222nd General Assembly is considering 5 Risking Peace affirmations to guide the church as we live out Matthew 5:9:

“Blessed are the peacemakers, for they will be called children of God.”

Peacemaking is an essential aspect of “the ministry of reconciliation” (II Corinthians 5:18). The Peace Discernment process which has given this assembly the “Risking Peace” affirmations found in item 12-06  was designed to update the 1980 GA Report, “Peacemaking: The Believers Calling,” which was a creative mixture of non-violence and just war elements. It was also an attempt to advance both Just War thinking and the 10 rules of Just Peacemaking (adopted by the 1998 GA). Background rationale were tailored to each of the original Five Affirmations that analyzes Scripture and our tradition in light of new realities.

Some well-meaning Presbyterians are asking the PC(USA) to give a full-throated affirmation of non-violence or pacifism as the only faithful response to Jesus. While the Five Affirmations affirmed by 30 presbyteries would move us somewhat closer to the “peace church” approach, like the Quakers, Amish, or Mennonites, it would be a mistake to go all the way there.

Thus I oppose amendments to 12-06 that oversimplify them by reducing our peacemaking work to only advocating nonviolence. One paid consultant proposed his personal version of the Five Affirmations organized around nonviolence, some of which is reflected in the Committee’s amendments, but this is not faithful to the six-year process and leaves out too much of the wisdom of our tradition and the people who worked on the affirmations.

The Five Affirmations take very seriously Jesus’ example of non-violence while also drawing on our own Reformed tradition. In fact, according to a 2011 Presbyterian Panel survey, only something like 1% of Presbyterians identify themselves as pacifists. Most of the 65 congregations and presbyteries that tested during the first round of Peace Discernment in 2013 did not recommend a complete pacifist position, and the Five Affirmations sent to the presbyteries for an advisory vote did (and do) not require total pacifism or nonviolence. So yes, some Presbyterians are and should be complete pacifists, but most of us want to be more effective peacemakers.

The 219th General Assembly (2010) called for an update that would both look at ways to improve our Peacemaking witness in the face of 9 steady years of war (now 15!) and to study non-violence. To focus only on the last purpose of the Peace Discernment process is misleading.

The original Five Affirmations call for a full range of peacemaking approaches with peace through nonviolence as the best approach, but one that is not always possible. Most Presbyterians believe there are certain situations where public responsibility means choosing a lesser evil that involves violence. At the very basic level, Presbyterians believe that some uses of force for maintaining order are justifiable—as in having police forces.

This is the basis of the “just war” tradition. Obviously, “just war” does not mean that war is a positive good or that Christians are to be uncritical of war. While governments are always tempted to misuse the criteria, the PC(USA) has drawn on the Just War tradition to oppose Nuclear War on the grounds that it violates virtually all rules of proportionality, just cause, proper authority, and potential for a just peace to follow. Drawing on the Just War tradition, the PC(USA) has also opposed many invasions, opposes terrorism, and has been proven right in its estimation of the Iraq War. Our offices in Washington, DC, and at the United Nations would not be as effective if they could only focus on nonviolence as the way to achieve security and prevent genocides.

The Theology Behind the Five Affirmations

The Reformed view of government as an “order of creation.”

Reformed theologians generally hold a more positive view of government than pacifist communions. They believe government is an “order of creation” since, if there had been no fall (“and all [people] were angles”), people would still need to organize their lives and make decisions about the common good. After the fall, God entrusted political authorities with the sword (Romans 13) for restraining evil, protecting the innocent, upholding justice, and maintaining order. Calvin identified “three uses of the law,” one of which was to restrain evil. The rule of law rests on the force of law.

There is good reason to be thankful for relatively just governments, for political order is indispensable for human flourishing. Consider the desperate plight of peoples in failed states. Where governments cannot maintain order, people are continually tempted to personal and tribal violence. It follows that Christians have a stake in establishing order and a responsibility to protect the weak and pursue justice in our common life.  These are also part of the believers’ calling and aspects of Christian witness to the God who created, redeems and governs the world.

We work to perfect governments because the Reformed Tradition’s insights about evil extend to government. The Roman cross at the center of our faith should give us a sober realism about the evil governments do. At the same time, some governments are more just and less oppressive than others. Moral distinctions can be made. Our PC(USA) predecessors have steadily witnessed for human rights and more international treaties to enforce them, including the concept of war crimes, which depends on the just war tradition.

In this regard, our strict pacifist members frequently claim that Just War principles are worthless since evil people use them to justify unjust wars. This is grievously true, but isn’t this the tribute that vice always pays to virtue? Can’t this be said about practically anything? Isn’t it possible for a coward to use pacifist principles to justify a sin of omission, when he or she could stop someone from doing evil against an innocent person, but is really acting out of fear?

Reformed Christians share with traditional Peace Churches the conviction that any given war is not necessary, even if it is impossible to be entirely free of structural violence and evil. This is why the original version of Affirmation #2 uses the word “complicity.” We cannot withdraw from the world, but we are called to embody a different reality within it. That is, we are to bring the values of Christ to bear upon politics so that it more faithfully serves the Creator and Redeemer. For centuries this has meant that Christians may have particular callings to serve God and the common good in political office, in the criminal justice system, police departments, and as soldiers.

It is too easy to throw out the whole Christian experience of war and peace from Constantine to today (which would require dumping much of our confessional tradition). Constantine’s empire made Christianity the established religion and it took European Christians centuries to get away from persecuting people for heresy to adopt principles of religious freedom. Reformed Christians made significant contributions to this improvement. 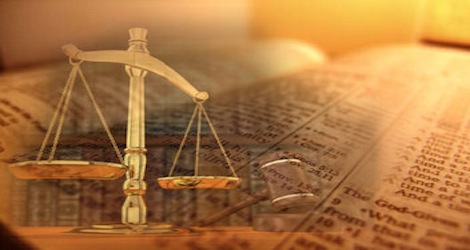 The original affirmations acknowledge, though, that “the practices of empire” can operate even in democracies and apologizes for injustices perpetrated with the blessing or acceptance of past Presbyterians. For this reason, I prefer the original wording since it calls us to return to the “highest ideals of our tradition.” The revision does not advance our thinking in the same way.

One change made in committee brings a statement made to acknowledge the work of Presbyterians in the military. It is redundant to #9. It was added to the five affirmations in 2014 and presbyteries that studied it said it belonged somewhere else. It certainly adds much length to a model of 5 single sentence affirmations.

The Five Affirmations were developed through a six-year process. Both the 2012 and 2014 General Assemblies gave virtually unanimous approval to the study materials sent out, materials that have been edited each time but still contain much teaching that has been affirmed each time. If the Affirmations are changed as proposed, the background explanations will be changed, often eliminating good analysis that seeks to update our tradition in light of current struggles.

I personally remain more of a Just War Presbyterian, but I see our church as a place for the full dialogue. I think the Five Affirmations represent very good work and I hope commissioners will return to a set that represents more than the work of one consultant.

Divestment: Loving Creation and Each Other With Our Whole Selves