On the Peace Discernment Interim Report 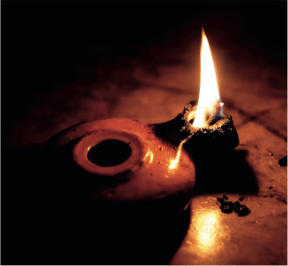 Nestled quietly within a jam-packed week of hotly debated issues ranging from divestment in companies profiting from the occupation of Palestine to marriage equality for same-sex couples, The Interim Report from the Peace Discernment Steering Team was received and passed by the Presbyterian Church (U.S.A.)’s 220th General Assembly. Though it received relatively little attention and was far from being a “hot button issue,” the process outlined in the report has the potential to transform the way the denomination engages and reacts to a myriad of issues related to war, terror, and violence. Presbyterians face a significant question: Are we called to become a Peace Church, committed to nonviolence?

After being selected and commissioned following the 219th General Assembly in Minneapolis, members of the Steering Team (The Rev. J. Mark Davidson (Chair), Dr. Kathryn Poethig, Ms. Shaya Gregory Poku, Ms. Jessica Hawkinson, Ms. Shaheen Amjad-Ali, The Rev. Craig Hunter, staffed by Rev. Dr. Christian T. Iosso of the Advisory Committee on Social Witness Policy and Rev. Roger Scott Powers of the Presbyterian Peace Fellowship) met regularly and devised a 6-year discernment process that would engage all levels of the denomination. According to the Interim Report, the Steering Team was directed by the General Assembly Mission Council (now the Presbyterian Mission Agency Board) to do the following:

The impetus for this broadly participatory discernment process, recognized and orchestrated largely by members of the Presbyterian Peace Fellowship, was the feeling that the Church’s model for engaging issues of war and violence—namely, the Just War tradition—was defunct. The criteria used by that tradition to determine the necessity or morality of violence had not only failed to deter the majority of wars the denomination now calls regrettable, but it also compromised the integrity of the Christian witness and respect for the early Church, much of which embraced nonviolence unequivocally. Just War criteria has also, arguably, led to the assumption that violence can be redemptive in a society already saturated by violent images, language, and behavior.

For Presbyterians familiar with the denomination’s historical record on issues related to violence and with the PC(USA)’s challenging of the U.S.A.’s military-industrial complex, the big question will likely be: How would becoming a “Peace Church” significantly change the way our denomination engages these issues?

In answer to that question, those most invested in the process (including those on the Steering Team) are quick to point out that the denomination has not, in fact, been as challenging to the State or as prophetic in its witness as one might assume. Yes, it has made statements affirming individual Christians’ “right of conscience” in determining whether to serve in the military.[2] Yes, it has “held a virtual ‘nuclear pacifist’ position, opposing first use and retaliation and calling repeatedly for disarmament.”[3] Yes, it has called for “responsible withdrawals” from Iraq and Afghanistan.[4] Yes, it has made sweeping statements about the necessity of peacemaking and international diplomacy. Yes, it has called attention to our domestic gun violence crisis and supported prevention efforts. Yes, it has affirmed the practice of nonviolent resistance that led to the decolonization of India, the dismantling of Apartheid in South Africa, and the Civil Rights Movement in the U.S. Yes, the Presbyterian Church (U.S.A.) has largely embraced the position that all other avenues should be explored before resorting to violence, but it has never committed itself to nonviolence as its basic orientation. According to the Interim Report, the PC(USA) “tilts strongly toward peace and develops means for peacemaking, but considers wars on a case-by-case basis, often adapting “just war” criteria to assess justifications for and conduct of hostilities.”[5]

In practice, this has meant that the denomination has generally supported (or at least has not vocally opposed) the United States’ preemptive wars (it was only after the U.S. invaded Iraq that the denomination called for responsible withdrawal and termed the war “unwise, illegal, and immoral”)[6] instead of, from the beginning, constituting a counter-cultural voice. It has also meant, arguably, that because nonviolence is not the “basic orientation” guiding the moral discernment of individual Presbyterians and the denomination as a whole, there is a serious lack of awareness and attention to the ways violence permeates our society generally; violence is not confined solely to the issue of war but also presents itself in the way our country handles the threat of terrorism, the trillions of dollars spent on defense, the prioritizing of military spending despite the challenges faced by those living in poverty at home, the participation in a global economy and in trade policies that systematically oppress poor people in developing countries, and in the myriad of ways violence pervades our everyday lives—the media, domestic violence, bullying, environmental hazards, mass shootings, gang violence, and even sometimes our theology.

So, is it time for the denomination to reconsider how it thinks about violence and the related structures of inequality? The solid answer from commissioners at the last two General Assemblies seems to be Yes.

Is it time for the PC(USA) to abandon its Just War theology and become a “Peace Church”? That remains to be seen, depending on the thoughtful and prayerful discernment of Presbyterians across the board.

Beginning this fall and continuing through the spring, small groups within congregations and presbyteries across the country will be invited to participate in the discernment process created by the Steering Team. Hopefully, under the guidance of carefully prepared questions, conversation models, and the movement of the Holy Spirit, those who participate will not only leave with a clearer understanding of violence both theologically and spiritually, but they may even help to shape the denomination’s policy for years to come, whatever that policy may be.

Peace Discernment Interim Report—”Encountering the Gospel of Peace Anew: An Invitation to Discernment and Witness”

Sara B. Dor­rien is a can­di­date for ordained min­istry in the PC(USA) and is currently serving as Supply Pastor for First Presbyterian Church in Lake City, MI, hav­ing recently grad­u­ated from Colum­bia The­o­log­i­cal Sem­i­nary. She enjoys a min­istry of writ­ing, curriculum-building, and preach­ing. Sara assist­ed the Advi­sory Com­mit­tee on Social Wit­ness Pol­icy and Unbound at the 220th Gen­eral Assembly.
Share this
Tags:

Caught Between Promise and Prudence

The Backstory of General Assembly