My journey to becoming a Catholic priest was a winding one. I grew up in a conservative, fundamentalist church and found much to love in it. I loved the music and the passion. I loved the devotion to Bible study and to prayer. But I always felt like there was something missing; like there were a lot of “outsiders” in our church, voices that would never be heard and pain that would never be spoken of. It felt like we were putting on a facade of perfection, and anyone who couldn’t keep up that facade ended up ostracized. It also troubled me that our theology was one in which, as long as someone was “saved,” it didn’t matter what their life was like here on earth. “Asking Jesus into your heart” mattered; justice didn’t.

As I was graduating from a conservative, Christian college, I realized several things about myself that complicated matters even further: (1) I was beginning to doubt a lot of the theology I had been taught; (2) I was called to ministry; and (3) I was queer.

I had no idea where this would leave me. I wandered through various mainline churches but something always seemed to be missing. Here was the intellectual vigor I had been craving, along with a commitment to justice, but where was the passionate relationship with God? Where was the commitment to a life of prayer? Where was the good music?

When I began to think about the people who had most influenced my faith, I came to realize that they were almost all Catholic: Daniel and Philip Berrigan; Dorothy Day; Thomas Merton; the nameless Carthusian monks; the rule of St. Benedict, to name just a few.

The robust Catholic tradition of radical social justice called to me, but the Catholic stance on queer people and women kept me from joining. It was a chance encounter on Twitter that led to me finding out about the Old Catholic church, an independent Catholic movement, not in communion with Rome, that ordains and welcomes LGBTQ people, women, married and partnered people, and people who have been divorced. It’s a movement that embraces social justice in all facets of life and the church while remaining committed to the ritual of the Catholic worship service. Here was the home I had been longing for.

I share my own story here because I think it serves as a snapshot of a much larger story. Studies have shown (and there are many anecdotal stories to go with them) that young adults are returning to high church traditions. There is a cry in their hearts for ritual; for a connection to history; to be a part of something that connects them with an experience that feels vast. There are many who long to be in churches that uphold the Catholic tradition, the tradition that nourishes and moves them, but who feel they cannot because of the Church’s stances on various social issues. There are, of course, people who have stayed in the Roman Catholic Church in order to change it from within, but not everyone is called to that work. (And, some of us, even if we were called to that work, wouldn’t be able to do it because of our gender, sexual orientation, or gender identity).

I am the priest at a new Old Catholic church in Minneapolis called House of the Transfiguration. As a community, we are committed to the fusion of ancient ritual and modern practice. Our Mass is both traditional and modern. We sing both the ancient chants of the church and modern worship music. The entire order of service is projected on a screen so that, even if it is your very first time at Mass, you can follow along. We believe that participation in the Mass fuels and feeds us to work for justice in the world.

We believe that the Mass is a beautiful and powerful experience that challenges us to work for justice, but the Mass is often incomprehensible to people who haven’t grown up Catholic. At House of the Transfiguration we want everyone to be able to participate because we believe that there is depth to the liturgy that sustains people for justice work. We want more people to be a part of the community because we believe that being in community creates a spark that ignites change, and more changed lives means more communities where justice is lived out. Our tagline as a church is “transformed people, transforming Minneapolis.” By being part of a church community we are transformed. We learn how to love one another; we learn where we need more patience and more grace; we learn how to listen; and we learn that we are loved. Then, we go out and share that love with others. And, when we feel beaten down by the world, we come back into community to be nourished and strengthened again.

We’re also a community that pays attention to the lives and stories of marginalized people. We are a place where queer and/or transgender stories are spoken from the pulpit, where women’s voices are listened to and respected, and where people who have often been silenced are heard. 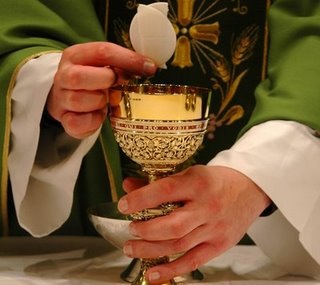 I believe that so many people are longing for this kind of community. They are longing for a place where they can be fed by ritual and tradition and be inspired to work for justice. They desire a place where they can bring all of who they are and not be shamed or turned away. But, they also want a place that challenges them to do more than they thought they could do; a community that is on mission, working together to make the Kingdom of God more visible in the world; a place that cares both about personal piety and societal transformation.

Dorothy Day (along with Peter Maurin) was the founder of the Catholic Worker movement, which started houses of hospitality to feed anyone who was hungry. People would come and live in the houses, working together to feed people. Each day, they would make sure to take time for Mass. This combination of justice work and worship is what moves and inspires me, and it was people being in community that made it happen. People were changed not only by doing the work, but by doing it in community with one another. It mattered that they worked side by side and it mattered that they were grounded in a religious tradition. Peter Maurin was known to say that they were trying “to make that kind of society where it is easier for [people] to be good.”

When I think about the future of the church, it is that statement that excites me. The church is a place, a community that makes it easier to be good. The church is a community of people who care for one another, who help each other, who love each other, and who also work to change society. Contemplation fuels action. Personal transformation fuels societal transformation. And, it’s so much easier when we don’t have to go it alone.

AUTHOR BIO: Fr. Shay Kearns is a priest in the Old Catholic Diocese of New Jersey. He pastors House of the Transfiguration (www.houseofthetransfiguration.com) in Minneapolis. You can read more of his personal writing at www.anarchistreverend.com.

I Still Believe in the Church