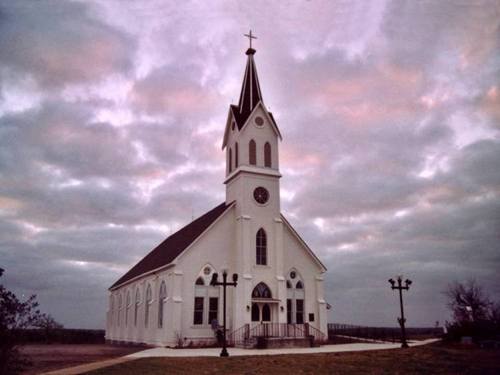 The benefits of involvement in faith communities have been well documented.  Around the world, those involved in faith communities report better health, more energy, and greater social connectedness.  They have improved outcomes in fighting disease and a reduced risk of depression.  Spirituality has been associated with improved resiliency in the face of difficult life circumstances.

Being involved in the Christian church should be no exception.  Life-enriching benefits are available for those who are welcomed and accepted in the church.  This fact alone is reason to grow the church, making these benefits available to more and more people.  Unfortunately, the church has gained a reputation for causing more harm than good, of judging instead of loving, and of excluding instead of welcoming.  While mainline Protestant churches have been declining in numbers for years, evangelical churches are now beginning to see decline as well, as younger people are put off by their anti-gay views, their alliance with the Republican Party, and their reputation for being judgmental and hypocritical.

I’ve experienced the extreme poles of what the church can be. The church exposed me to false and disparaging claims about LGBTQ people and taught me that my sexual orientation was an unhealthy expression of unmet needs or unresolved traumas.  However, it also gave me the opportunity to be a part of a transformative community where I discovered my strengths through service and learned to love and be loved.   I’ve experienced the church supporting me through hardships, challenging me to overcome my fears, and giving me hope for a better world.

Because of those positive experiences, when I came out as lesbian, I felt a need to find others who had held onto their faith after coming out as queer.  I used my graduate social work research project to explore some of my own questions about how to develop and maintain an enriching faith practice as an out lesbian woman.  This project allowed me to seek out other women who had maintained a meaningful and affirming spiritual life after being taught that it is wrong to be gay.  That research project changed my life, gave me hope, and renewed my faith in a God who welcomes those whom the church has rejected.

My research participants were treated terribly in their faith communities. They were kicked out of their homes, kicked out of churches, subjected to endless lectures about the sin they were choosing, and even physically assaulted.  They were denied marriage, denied leadership, and rejected by their friends and families.  Despite all this, they held onto their belief in a loving God.  Surprisingly, most of the participants still wanted to take part in a church community.

My own story is similar. I knew that I was gay when I was nineteen – about one year after coming to faith and deciding to follow Jesus.  Around that time, my campus group hung posters all over the student union claiming that there was “another way out” and that “change is possible” for gay and lesbian people.  I read their claims, searched the Bible, and snuck ex-gay literature through the aisles of the Christian bookstore to the purchase counter.  I sat in the back of the campus computer labs, secretly reading the ex-gay success stories.  Years later, I found a church community that modeled vulnerability and love like I’d never seen before.  Members were quite open about their criminal pasts, current and past addictions, mental health issues, and numerous other problems. They saw potential in me and put me in leadership roles – preaching at workshops, leading small groups, and being part of a team of people who started a 12-step recovery ministry.  In this environment of authenticity and support, I decided to share with the people there that I was typically attracted to women.  They responded kindly and offered to go through reparative therapy materials with me.  I agreed.

In time, it became clear to me that the life I was living was not healthy.  I believed that God’s laws were given because they were good for us, and that following Jesus leads to an abundant life.  But, I was not experiencing health or abundance; I was miserable.  I had followed all the rules of the ex-gay programs but was not experiencing change.  I saw before me a future of no-win relationships with women as I tried to walk the line between distant, unfulfilling relationships, and falling in love with those who were off limits.

I started to question what I’d been taught about same-gender relationships.   I studied the Bible, I prayed for guidance, I sought out the opinions of others, and I took a three-day silent retreat to seek God’s will. After a perfect storm of circumstances and confirming messages from God, I was fully convinced that God was fine with me being gay.

I knew that coming out at my church would cause problems, maybe even split the church.  Still, I felt strongly that I needed to stay.  I wanted to share with others how God had guided me in my decision to come out.  I, too, still wanted to be a part of a church community.

The conflict that ensued was long, drawn out, and painful.  The church staff debated for nearly a year about whether or not I should be removed from leadership.  Two of the pastors were very close friends of mine and risked their jobs advocating for me to stay in leadership.  The more I pushed for my inclusion, the more I made their work lives difficult.  This was not what I intended.

I stayed at this church for three years after coming out. I didn’t believe I’d find another community that valued vulnerability, diversity, and love for ‘the other’ like my church did.  I considered finding an affirming church, but, honestly, I didn’t like my options. I didn’t want to attend an all-gay church because of my belief in the need for diversity.

Plenty of mainline Protestant churches would be affirming, but, as far as I could tell, all of the people were upper-middle class, voted Democratic, and were white. Their service to the poor was commendable, but the poor didn’t seem to find a home in their communities.  They offered their church buildings to AA groups, but they didn’t appear to talk about their own addictions.  They wanted to be diverse, but they seemed unwilling to change their own traditions to foster that diversity.  I didn’t want to be a part of a church that did good things for oppressed people.  I wanted a church that held no illusions of being able to do anything worthwhile without the vision and leadership of oppressed people.  (I may have been aiming a little high.)

My research project showed that I wasn’t alone in my struggle to find community. Of the eight women I interviewed, only one was attending an affirming church.  Three were attending non-affirming churches with the hope that the congregation would move towards greater acceptance.  The others were not attending church with any regularity, though some had spent significant time and energy searching for a church community.   The silver lining here is that involvement in a church was not required for women to report a meaningful spiritual life.  The tragedy is that queer women who look for an affirming faith community are often not able to find one that suits them.  This is a loss for the individuals, the Church, and the world.

I had a unique and beautiful experience of community at a church where drug addicts and psychiatrists, felons and social workers, rich and poor, Republicans and Democrats all worshiped together.  This was a picture of justice, where the lines that so often divide us are removed and we worship together before the same loving God.  But, that church couldn’t include my leadership gifts and, while I’m saddened that I had to leave, I still carry with me the transformative experience of serving with them.

I still believe in diverse communities. When we see the Spirit of God at work in people who are not like us, our hearts are opened to people we once rejected – politically, socioeconomically, theologically.  The first Christians were moved to welcome Gentile believers after seeing the Spirit at work among them.  They didn’t decide to do things for the Gentiles or teach them their ways, but let go of their own traditions (i.e. circumcision) in order to welcome the other.  If churches will abandon traditions and peripheral teachings while maintaining their commitment to Jesus, they will grow in numbers and diversity and become agents of healing and justice in the world.

I know I will never find the perfect community.  But I have found a new community of people who worship with my style of music, speak my language, and wrestle with the hard questions of the Bible.  This little church is young and messy and imperfect.  I don’t know if it will thrive, but I have hope that it could be something beautiful.  I feel honored to be put to work in the service of the Church again.  My leadership is recognized and valued, and the Spirit of God is at work among us.  I don’t have to be ashamed of my evangelical past, my Republican friends, or my current life.  I’m amazed by the stories of resilience and faithfulness of each person who comes through our doors.  I have a place in the church again and I know that God is with us. 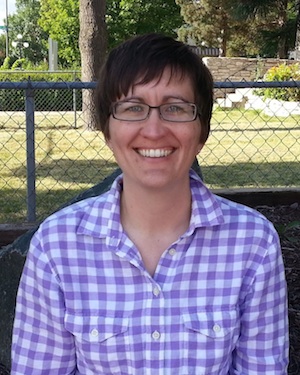 [/ezcol_1third] [ezcol_2third_end id=”” class=”” style=””]I hope that we will grow – not for the sake of numbers, or prestige, or ‘saving souls,’ but so the love of God can reach more people through us.  I want our church to grow in diversity, in depth of faith, and in numbers so that more people can experience the beauty of community, be transformed, and become agents of love in the world.

AUTHOR BIO: Rachel Murr is a recent graduate of the St. Thomas University/University of St. Catherine School of Social Work.  She has conducted research on the experiences of queer women from non-affirming Christian environments who have worked to find a meaningful and affirming spiritual life.  She is currently writing her first book that combines the stories gathered from her research with her own story of finding an affirming faith practice.  She lives in St. Paul and works in the mental health field, in both a residential treatment setting and in individual therapy.

Read more articles in this series.[/ezcol_2third_end]

A Place Where it's Easier to be Good

Join the Coalition of Immokalee Workers' Publix Truth Tour through the Southeast!

The Latin American community is not a single monolithic group;