Presbyterian Ministry at the United Nations

By the Rev. W. Mark Koenig

View and print article as PDF 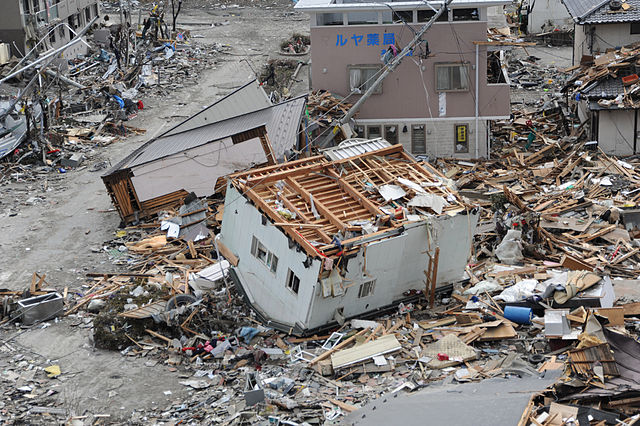 “We are ambassadors for Christ.” Those words took on new meaning for me on March 11, 2011—when a tsunami and earthquake hit Japan.

The Presbyterian Ministry at the United Nations has two primary tasks. We inspire and equip Presbyterians for global discipleship following Jesus Christ. We advocate for peace and justice in Christ’s name within the UN community, guided by the policies of the Presbyterian General Assembly.

Building relationships plays a key role in our work. Our ministry involves visiting, listening, and networking with Presbyterians and with UN programs and agencies.

As I struggled on March 11 to come to terms with the preliminary reports of the devastation the tsunami caused in Japan, I realized yet another dimension to relationship-building ministry. The Presbyterian Ministry at the United Nations represents the Presbyterian Church (U.S.A), represents the Church of Jesus Christ, within the UN community. Upon arriving at the office, my colleague Ryan Smith and I composed and sent a brief fax:

Presbyterians across the United States hold the people of Japan in our thoughts and prayers in the aftermath of the earthquake and tsunami. We grieve for the people who have been killed or injured. We trust that the spirit and strength of the people of Japan will prevail as your country recovers and rebuilds.

Since that day, our ministry has sent similar messages to member states that have known deep sorrow and to UN programs that have had staff members killed in the line of duty.

A Public Faith
There are three dimensions to life as Christ’s ambassadors: personal, communal, and public.

Joseph stored grain in Egypt for the coming famine (Genesis 41:37-57).

Jesus crossed the boundaries of his day to welcome all into community; he drove the moneychangers from the temple; he taught by word and deed that God makes us for love and for each other.

Pharaoh ordered death. Shiphrah and Puah responded with one of the first recorded acts of civil disobedience. They refused to kill the babies and even came up with an explanation: “Because the Hebrew women are not like the Egyptian women; for they are vigorous and give birth before the midwife comes to them.”

A History of Honoring God in the Public Realm
Jesus’ people have done the same through the years. This is particularly true of those of us who stand in the Reformed tradition. We trace our theological roots to John Calvin. Calvin understood that God calls us and expects us to live a public faith.

As J. Herbert Nelson, director of the Presbyterian Church (U.S.A.)’s Office of Public Witness, wrote, Calvin believed “that the Church had a responsibility, on behalf of the governed, to assist government to become what God required it to be. . . The Church had a responsibility to provide guidance to political leaders and structures in an effort to assist them in the implementation of Godly leadership.”[3] For Calvin everything in the public realm, be it community sanitation or caring for refugees who arrived in Geneva, was an occasion to honor God.[4]

Spiritual descendants of Calvin have followed his example. In our country, John Witherspoon helped organize the Presbyterian Church and had something to do with a seminary in New Jersey. He also signed the Declaration of independence—the only clergy person to do so. Stated Clerk Gradye Parsons points out that, at the first Presbyterian General Assembly in 1789, commissioners approved a letter to President Washington that “expressed their delight at his appointment to the ‘first office in the nation.’”[5]

Presbyterians have not always agreed with one another, but we have cared deeply about serving God and neighbors in all of life. For us, engagement in issues of public policy and governmental decisions is never merely politics, never simply economics. It is a way we love our neighbors as ourselves; a way we answer Christ’s call.

We live a public faith. From PTAs and service clubs to congregation-based community organizing groups to school boards, county commissions, city councils, state assemblies, and the Federal government, Presbyterians serve. We engage in public witness and civil disobedience. We challenge cultural norms that deny our sisters and brothers the fullness of life that God intends. And we advocate—calling governments and corporations and other groups to become what God requires them to be.

Global Disciples
Living a public faith does not stop at the borders of this country. Our concerns extend around God’s world. Christ’s call is a call to global discipleship.

As we witness to Christ around the world, events and policies impinge on our mission.

In his Letter from a Birmingham Jail, the Rev. Dr. Martin Luther King, Jr., reminded us that, we live in a web of relationships: “Whatever affects one directly, affects all indirectly.”[6]

Sooner or later, we realize that it is not enough simply to bind up those who are wounded and left along the Jericho roads of life. We have to address the conditions that contribute to people being wounded. We have to live a public faith in the realm of policy and advocacy: perhaps a neighborhood watch or improved lighting or addressing the economic conditions that lead people to rob.[7]

We believe that the Biblical statement, “All have sinned and fall short of the glory of God” (Romans 3:23), is proven every day by each of us and by every human institution. We also believe that God sends Jesus with a message of redemption, peace, and justice. God invites us to witness to God’s reconciliation in a broken and fearful world.[8]

International cooperation and institutions
Grounded in that theology, recognizing the interconnected reality of the world, Presbyterians have long supported international cooperation and institutions. Even as World War II began, Presbyterians joined conversations about the shape of the world after the war. Presbyterian Elder John Foster Dulles chaired the Commission on a Just and Durable Peace of the Federal Council of Churches. The Commission made a number of recommendations about the future United Nations, including that it should emphasize justice, human welfare, and human rights including religious freedom. It also called for membership for all countries, a commission to oversee the progress of colonies to freedom, and the limitation and reduction of arms.[9] In 1943, the General Assembly of the Presbyterian Church in the United States of America suggested the creation of an international organization that would serve humanity, stating:

We believe that international cooperation should be organized to preserve peace, maintain international law, provide adaptations to changing conditions, and that it should be directed towards cultivating the will to peace and progress.”[10]

As post-war plans continued, the Presbyterian Church engaged in a campaign of education and advocacy that included conferences in sixty cities. Shortly before the United Nations conference on international organization (creating the UN Charter) met in San Francisco in April 1945, the moderator of the General Assembly sent a telegram to every church calling for prayer and emphasizing the need for an international organization to work for peace.[11]

John Foster Dulles served as a principal advisor to the U.S. delegation at that conference. He and others from the faith-based and secular NGO community helped draft the preamble to the UN Charter. The charter included many recommendations made by the Commission that Dulles had chaired. Dulles worked with representatives of other nongovernmental organizations to ensure a role for NGOs in relation to the UN.[12]

The Presbyterian Church has been present as a nongovernmental organization at the UN since its beginning. At that point in time, there were 51 Members States. Now there are 193. Ponder that for a moment. We have been a part of the UN community for longer than over 2/3rds of the current Member States.

Our Calling
Presbyterians take part in ministry related to the UN as individuals, as congregations, middle governing bodies, and as a denomination. We pray for the United Nations, the nations of the world, and issues of international import. We come to the Presbyterian Ministry at the United Nations for seminars to learn about issues God has placed on our hearts. We Trick-or-Treat for UNICEF (a program Presbyterians helped to create). We arrange meetings for our mission partners with UN programs and national missions to the UN. We participate in campaigns such as the Red Hands Campaign to address the use of children in situations in armed conflict.

And we advocate. With ecumenical, interfaith, and secular partners, and guided by policies of the Presbyterian General Assembly, we advocate within the UN community for peace and justice and the well-being of the human family and God’s creation. Read “Around the Global Roundtable” by Ryan D. Smith, Presbyterian Representative to the United Nations. In that article, Ryan details the mechanics of the United Nations, the Presbyterian Ministry at the UN, and ways for people to get involved.

As followers of Jesus, we seek a world where all are fed—where the human rights and persons of all are honored and protected—where swords are beaten into plowshares. We live in a world where children hunger, disease stalks, people are made vulnerable and exploited, wars rage, rumors of war abound, oppression grinds, people sit unemployed and underemployed, and creation groans.

Our calling is to join God’s work of changing that reality. It will not come easy. It may not come soon. But it is the calling of people of faith—the calling of Joseph, of Jesus, of Shiphrah and Puah. Our calling.

For that calling, God in Christ has gifted us with a faith that is at one and the same time personal, communal, and public. For the ways we live that faith, thanks be to God.

Notes
[1] The story of Shiphrah and Puah, including the material quoted below, is found at Exodus 1:1-20.

[7] This image, or a variation on it, has been articulated by Martin Luther King, Jr., Ronald H. Stone, Richard Watts, and many others.

To a God Unknown

Ecovillages: A Labor Not in Vain