A poem by Martín Espada

This is the year that squatters evict landlords,
gazing like admirals from the rail
of the roofdeck
or levitating hands in praise
of steam in the shower;
this is the year
that shawled refugees deport judges
who stare at the floor
and their swollen feet
as files are stamped
with their destination;
this is the year that police revolvers,
stove-hot, blister the fingers
of raging cops,
and nightsticks splinter
in their palms;
this is the year that darkskinned men
lynched a century ago
return to sip coffee quietly
with the apologizing descendants
of their executioners.

So may every humiliated mouth,
teeth like desecrated headstones,
fill with the angels of bread.

The following is a transcription of a speech by Stephanie Quintana Martinez in honor of the YAV Borderlands 10th Anniversary.

“This is the year,” the poem says.

My name is Stephanie Quintana Martínez, and I currently finishing my YAV year at the Southside Worker Center in Tucson, Arizona. I am originally from Puerto Rico, and serving as a YAV in Tucson has been a life-changing journey.

It is difficult to reflect on experiences that are still so fresh. However, at this point in my reflection, I can share three lessons that I have learned so far. I share them in the hope that you can accompany me as I continue learning, redefining, constructing, reconstructing, imagining, and experiencing through my journey.

Lesson #1: This might come as a shocker: being a YAV is not really about helping anyone. No. It´s about supporting people, listening to the stories of the workers and their families, sharing jokes, having good conversation, and realizing that their struggle is my struggle – su lucha es mi lucha. This year has had nothing to do with helping and everything to do with living in solidarity. I have come to embrace Lila Watson´s quote: “If you come here to help me, you are wasting your time but if you come because your liberation is bound up with mine, let’s work together”.

Lesson #2: Winter is real. And when I say real, I mean REAL!! Those who had the privilege of seeing me experience my first winter in the United States know that I am not being just dramatic because I am used to Puerto Rico weather patterns. Yes, it does in fact get cold in Tucson. The experience of being cold, sad, and away from home taught me that most of the time, God’s grace can be found in life’s smallest details. We just need to open our eyes to see a hot cup of chocolate, a friend that will bike with you to work at 5:00 AM and cry with you because it´s too cold to exist, a hug from a member of your community. God´s grace is truly everywhere! 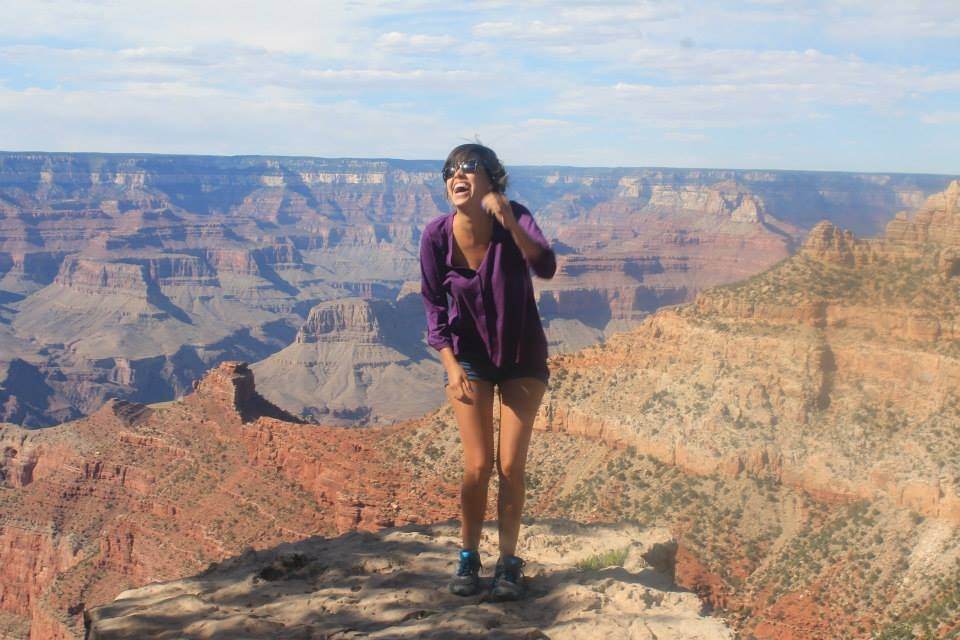 I still have a few lessons to learn in the coming months, like how to survive the Tucson summer and how to say good-bye. For now, I rejoice because I have learned that community and unity are empowering and that love and solidarity are subversive.

Edit: With permission of Martín Espada, this post now includes the entirety of his poem, “Imagine the Angels of Bread”. For more from Espada, check out his website, http://www.martinespada.net/.

AUTHOR BIO: Stephanie Quintana-Martinez was born and raised in Puerto Rico and holds a B.A. in Political Science from the University of Puerto Rico. After graduating in 2012, Stephanie moved to Arizona as part of the Young Adult Volunteer program of the Presbyterian Church (U.S.A.). She served as a volunteer and community organizer for the Southside Worker Center and the Tucson Protection Network Coalition. Her experience includes working with domestic violence and sexual aggression survivors and advocating for women’s rights at the United Nation’s Commission on the Status of Women. Stephanie enjoys chocolate, books and poetry. She now works with the Florence Immigrant and Refugee Rights Project.

See the Face of God in the City

Reading poetry is one of the ways some of us

Reading poetry is one of the ways some of us