This article was originally featured in Believe Out Loud.

This past week, I have sat at the Table. Not just any table, but the Table of Christ, around which I have gathered since I was a child.

This week, however, the Table looked different than I have ever imagined.

It didn’t look like the well-worn wooden piece—over laden with bread and chalice and liturgy—that sits in sanctuaries all over the world. Instead, this past week, the Table looked like the COBO Convention Center in downtown Detroit, where the Presbyterian Church (U.S.A.) held their biennial national meeting called the General Assembly.

This was my first time at General Assembly, and I knew I had to be there because this year, the assembly was voting on several overtures toward full marriage equality in our denomination. I thought I would just be a silent observer, but on the first morning of the committee meetings, I found myself unexpectedly lined up to speak.

With only 60 seconds, I told the committee that at every major moment in my life of faith I had stood before the church and been received with love. I told them I wanted my wedding day to be another such moment. I told them that as a bisexual woman, I didn’t yet know if my future marriage would be recognized by the church. 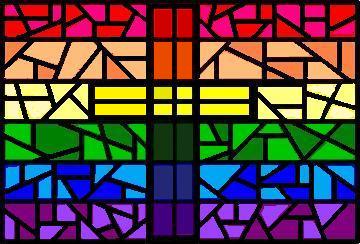 I told them that as a queer pastor, I wanted to tell every couple—queer or otherwise—that they would find themselves at home in our church the same way I always have found myself to be. After I spoke, someone stood at the same podium and argued against these very things.

For the rest of the week, I sat in a chair at the back of the committee and assembly rooms with fellow queer colleagues and friends and watched things unfold. I listened to friends and allies advocate for our full inclusion in the church. I listened as others—including those who identify as ex-gay—argued that we are destructive and sinful.

I have never encountered a room with a greater diversity of views about something as significant as LGBTQ equality. It occurred to me then that this is the Table. It is not a place where we remain silent in the name of false peace or grudgingly consent to sacrifice our own humanity in the name of unity, but the Table of Christ is a place where we dare to trust each other enough to hear and be heard.

Every time I came back in the room and had to step across other people to find a seat, I wondered if they were supportive of me or against me. And every time I concluded that, regardless, we all cared a great deal, and we all just needed a place to sit.

I found myself praying for everyone in those rooms, and everyone I passed in the hallways, some of whom offered me subtle smiles and thumbs up as good news from the committee spread, while others frowned and worked through their own inner trouble. I found myself immensely grateful to be a part of a church where people care so much about the things that bind us together at the Table.

When the moment came for the assembly’s vote, I sat in the back of the hall, surrounded by fellow queer clergy and friends. Some had been married without the blessing of their church. Some had been fighting for our inclusion for decades. Some of us had barely had to know a church where we weren’t fully welcome.

We held onto each other tightly in the seconds before the vote results were named. And each time the votes came out in our favor, we gasped and wept and embraced with joy that spilled over in our tears and our words and our arms. In the last moment before our first step toward marriage equality was named, I instinctively closed my eyes and bowed my head in prayer.

When I lifted my head again, I found a view of the Table I had never seen before. It seemed to me in that moment that we had for years and years been sitting at the Table tentatively—heads bowed, asking for Grace. And when word came that the last formal, written barrier to our full inclusion had been voted down, it sounded like the holiest “amen” I have ever heard. 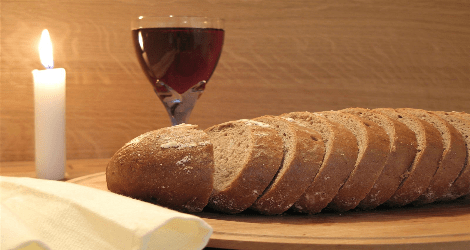 I took in the view of a Table where, finally, I fully belonged. I saw, in my mind’s eye, my own name carved in the rough-hewn wood by my 6 year-old hand joined with the name of the partner to which I will one day covenant my life. I saw faces from past and future—family in Christ—and a church to make them all proud.

I saw heads bowed still, waiting for us to find the courage to welcome them fully. And I saw empty seats of those who have left—seats that wait for the joyful day when they will find the heart to return.

I felt my thirst for full inclusion gloriously sated and my hunger for belonging filled and refilled again.

In that view I caught a glimpse of a church where, as I have ever hoped to be, I am fully at the Table, and fully at home.

Thanks be to God.

AUTHOR BIO: Layton Williams is a recent graduate of Austin Presbyterian Theological Seminary and the incoming Pastoral Resident at Fourth Presbyterian Church in Chicago. She loves theology, writing, preaching, and teaching. She is also passionate about justice and inclusion for those who have been marginalized within the church.

Read more articles about the 221st General Assembly, including other live blogs from young adults!

A Travesty and a Shame on the Nation