Regardless of possible calamities with the fall elections, the two part series in the NY Times this week makes clear who’s in charge. It’s the Brookings Institute, or the American Enterprise Institute, or the Center for International Studies, etc. Two of them are building new hundred-million-dollar office complexes with annual budgets running over a hundred million dollars, according to the Washington Post.

“…Donors like JP Morgan Chase, the nation’s largest bank; K.K.R., the global investment firm; Microsoft, the software giant; and Hitachi, the Japanese conglomerate” all donate to “Think Tanks” and they in return help the companies with myriad tasks like calling in university researchers without disclosing that they’re being paid for their so-called objective testimony about their next big project or blocking or altering government regulations that threaten their profit margins.

“On issues as varied as military sales to foreign countries, international trade, highway management systems and real estate development, think tanks have frequently become vehicles for corporate influence and branding campaigns…setting up events featuring corporate executives with government officials, according to documents obtained by The New York Times and the New England Center for Investigative Reporting.”

The Think Tanks hire professors from our great universities to be consultants for the projects of the nation’s largest corporations. The public and Congress is usually unaware of these compromised relations.

“This is about giant corporations who figured out that by spending, hey, a few tens of millions of dollars, if they can influence outcomes here in Washington, they can make billions of dollars,” said Senator Elizabeth Warren, Democrat of Massachusetts, a frequent critic of undisclosed Wall Street donations to think tanks.”

This helps to explain the huge pressures faced by presidents and congresspersons, including the larger failures of the Obama-led liberal democrats that neither prosecuted nor curbed the banks, did not raise taxes on the rich, did not emphasize the shrinking market for middle class workers. Mark Shields on the PBS News Hour has repeatedly pointed out over the past six months that Hillary Clinton’s candidacy wrapped itself in Obama’s legacy, preceded by her own husband’s NAFTA legacy.

What’s not to hate among those left behind who lean toward Donald Trump?

Even if Trump is forced out or resigns from the fall elections he has given further articulation to a rising clamor in the countryside raised by ‘left-behinders’, a very large segment of the population. Op Ed columnist, Roger Cohen put it succinctly:

“America…whose fault lines Obama…stepped across 12 years ago, is perhaps more divided than ever…There was something about Obama’s blackness, his intellectualism, his cool distillation of problems, that was intolerable to a wide swath of the white working class, angered by lost jobs, lost wars, lost security, and lost pride. These Americans have felt left behind. They have perceived not outreach from Obama’s White House but condescension.” [Roger Cohen August 1 NYT]

This is not substance but mirrors that conceal how the so-called democratic process often leaves us with a picture of what is actually small scale politics—however lethal—that conceal the principalities and powers of our age. 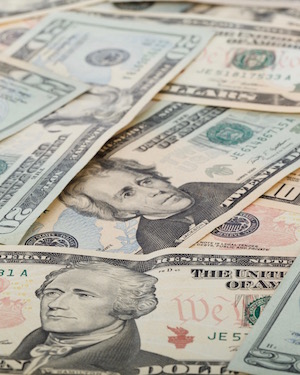 Martin Indyk is the supreme Think Tank prototype: Vice President and Director for Foreign Policy at the Brookings Institution, chief architect of U.S. foreign policy toward Israel, formerly deputy research director for the American Israel Public Affairs Committee (AIPAC), special assistant to President Bill Clinton as senior director of Near East and South Asian Affairs at the United States National Security Council. While at the NSC, he served as principal adviser to the President and the National Security Advisor on Arab–Israeli issues, Iraq, Iran, and South Asia. He was a senior member of Secretary of State Warren Christopher’s Middle East peace team and served as the White House representative on the U.S. Israel Science and Technology Commission. Today at Brookings he directs programs such as their Global Cities Initiative. This, a Brookings senior fellow explained “must mean a marriage between JP Morgan Chase corporate interests” and “Brookings continued thought leadership.”

JPMorgan, in a document dated a month before the agreement was signed, said the pending donation to Brookings “deepens/extends relationships with important client base among business and civic leaders both in the U.S. and abroad.”

You can also read the apostle Paul’s description of the situation in his letter to the Ephesians (6:12):

AUTHOR BIO: Chuck Rawlings is chairperson of the Peace and Justice Task Force of San Jose Presbytery. He writes a weekly blog, “Public liturgies,” linking social policy analysis and theological reflection, which can be accessed at http://publicliturgies.blogspot.com/. Three projects have been central to his work over many years including researching the impact of globalization on wages and benefits of workers in the U. S. and around the world; seeking ways to create community/worker ownership of manufacturing in cities like Youngstown and Detroit where disinvestment substantially destroyed the livelihood of hundreds of thousands of people; and liberating communities from the scourge of racism. He served as Coordinator for Urban Programs at the National Council of Churches in the 1990s and in the 80s as executive director of the New Jersey Council of Churches.

In his younger years, Chuck was a pastor in Cleveland’s inner city and coordinated the Ecumenical Office of Religion and Race, helping the churches join in the Civil Rights Movement. He has been active in the anti-war movement, the Central American human rights and sanctuary movement, and the struggle for Palestinian liberation from the Israeli Occupation.

Christ, Culture, and a Broken Democracy

Reframing the Face of Activism: Protest as Prayer & Embracing the "Other"