By Reverend Jeffrey K. Krehbiel
The following is an excerpt from Reflecting with Scripture on Community Organizing (c) 2010 by Rev. Jeffrey K Krehbiel. Used with permission of the publisher, ACTA Publications, www.actapublications.com, 800-397-2282. All rights reserved. Copies of the 60-page booklet are available at $5.95 with discounts for multiple copies from the publisher or as an ebook from all ebook sellers at $4.95. Banner image: “The Miracle of the Loaves and the Fishes” by James Tissot, Brooklyn Museum. Printable PDF, click here. 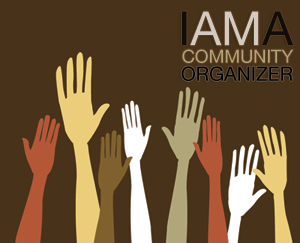 This phrase speaks to me. I have been involved in community organizing for over twenty-five years and have come to know firsthand more than a dozen groups organized on a “broad-based” or “faith-based” model. Together, these organizations have fought to build thousands of units of affordable housing, reform troubled public schools, put police on the streets, and invest millions of dollars in city neighborhoods.

What I have learned from community organizing has helped me understand not only how any congregation or religious institution can effectively impact its local community, but also how it can strengthen its own membership at the same time. This is the unique gift that I believe church-based community organizing offers to the church.

Despite this truth, the basic vocabulary of community organizing—power, self-interest, anger, politics—is troubling to many church leaders. How often at a presbytery worship service, during the corporate prayer of confession, we are asked to disavow our preference for “the currency of power” and our “selfish ambition” while being exhorted to consider our own interests last. Jesus is understood by many church people to be a model of self-effacing humility and powerlessness, while community organizers exult in the virtue of self-interest and the necessity of power. For many Christians, the vocabulary of faith and the vocabulary of organizing seem to be at odds, if not in outright contradiction.

Over the years, not only has my faith influenced the way I organize, but organizing has influenced the way I read the Bible. If Karl Barth is right, that preaching is the art of holding the Bible in one hand and the newspaper in the other, then the interpretive task of the preacher involves bringing the experience of our daily lives to bear upon our reading of the Bible and vice versa. As I have done so, while engaged in the nitty-gritty work of organizing—conducting one-on-one individual meetings with members of my church and residents of the community, researching issues like code enforcement and tax increment financing, negotiating with public officials for affordable housing and community investment—I have discovered vistas in the Biblical text that I had not noticed before, and over time have come to see the task of organizing not only as compatible with my Christian faith, but deeply rooted in the Biblical narrative. 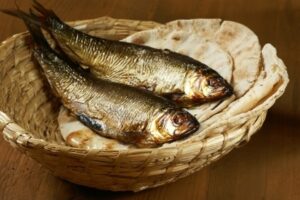 Mark 6:30-44
[When they returned] the apostles gathered around Jesus, and told him all that they had done and taught. He said to them, “Come away to a deserted place all by yourselves and rest a while.” For many were coming and going, and they had no leisure even to eat. And they went away in the boat to a deserted place by themselves. Now many saw them going and recognized them, and they hurried there on foot from all the towns and arrived ahead of them. As Jesus went ashore, he saw a great crowd; and he had compassion for them, because they were like sheep without a shepherd; and he began to teach them many things.

When it grew late, his disciples came to him and said, “This is a deserted place, and the hour is now very late; send them away so that they may go into the surrounding country and villages and buy something for themselves to eat.” But he answered them, “You give them something to eat.” They said to him, “Are we to go and buy two hundred denarii worth of bread, and give it to them to eat?” And he said to them, “How many loaves have you? Go and see.” When they had found out, they said, “Five, and two fish.”

Then he ordered them to get all the people to sit down in groups on the green grass. So they sat down in groups of hundreds and of fifties. Taking the five loaves and the two fish, he looked up to heaven, and blessed and broke the loaves, and gave them to his disciples to set before the people; and he divided the two fish among them all. And all ate and were filled; and they took up twelve baskets full of broken pieces and of the fish. Those who had eaten the loaves numbered five thousand men.

From Crowd to Community
You can hardly blame the disciples for being a little irritated with Jesus. Here they have just returned from their first missionary adventure, weary yet bursting with energy to share with him “all they have done and taught.” In response, Jesus invites them to go away with him “to a deserted place by themselves” (Mark repeats this twice for emphasis). The first-ever-recorded church retreat is interrupted, however, in part because of the success of their own outreach. The crowd sees them going, recognizes them, and follows them. The disciples, together with Jesus, have begun to establish relationships with the people, and they are no longer anonymous.

When Jesus sees the throng amassed on the shoreline, he is moved to compassion and cancels (or at least postpones) the retreat. For him, it is time to get to work. We can imagine that the disciples had a somewhat different reaction. By the time night falls, they are both frustrated with Jesus and fatigued by the work. In context, Jesus’ response to their rather sensible suggestion to send the crowd away seems almost incomprehensible: “You give them something to eat.” The crowd has now become a burden.

Yet that seems not to be what Jesus has in mind. The disciples assume the resources for this repast must come only from them. Jesus instead sends them into the midst of the people to assess what resources might be available from those they are called to serve. They are not impressed by what they discover, but Jesus is not dissuaded. What they have will be enough.

Then, in a move that is often overlooked in the retelling, Jesus prompts the disciples to act in a way that they must have found mystifying at the time. He directs them to have the crowd sit down in groups on the green grass. Not just any size groups, but groups of fifty and one hundred. In that moment, the crowd becomes a community. Then, to reinforce their role as leaders, after blessing and breaking the loaves and the fish, Jesus gives the food to the disciples to set before the people. It is they, not he, who feed them.

Without diminishing the miracle, notice how fundamentally this move alters the dynamic of the narrative. You can visualize the significance of the transformation. I picture a supply truck arriving in a refugee camp, the hungry crowd gathering as a frenzied pack to get their share of the scarce resources before they quickly disappear. In community, the dynamics are altogether different. Sitting in a circle, you connect with those around you. As you pass the bread from person to person, aware of how many people it has to feed, you are less likely to take more than your share, both because you can see the faces of those around you and because the collective will of the group would not allow anything else. You can imagine—though Mark does not say it—that those who might have had a little extra tucked away, afraid to share with the hungry crowd, now are more willing to add theirs to the collective pot, knowing that there will be enough for them, too.

A New Organizing Model for the Presbyterian Church (U.S.A.) Office of Public Witness

The Public Square as Sacred Space