“The same Spirit who inspired the prophets and apostles rules our faith and life in Christ through Scripture, engages us through the Word proclaimed, claims us in the waters of baptism, feeds us with the bread of life and the cup of salvation, and calls women and men to all ministries of the Church.” – From A Brief Statement of Faith, 10.4

I am a somewhat-embarrassingly dyed-in-the-wool Presbyterian. I was baptized at a PC(USA) Church, where I attended worship, Sunday school, and various programmatic activities virtually every week from my baptism to my high school graduation. I spent summers in Montreat, served as a Young Adult Volunteer, attended a Presbyterian seminary, and in March of this year was ordained as a teaching elder. I’ve been to multiple General Assemblies, know what even the most obscure of our strange Presbyterian acronyms means, and currently work at the Presbyterian Center, the headquarters of the denomination’s national ministry staff, a building in downtown Louisville that sports a stained glass PC(USA) cross that, by my best guess, is 3 times my height.

But about a year ago, I learned a new bit of “presby-lingo” that I’d never heard before. One word: Re-Imagining.

Have you heard of it? If you have, my guess is that it’s a word you consider either dirty or liberating; I’ve met very few people who feel neutral about the topic. And if you haven’t heard of it, I’m going to make another guess: are you by any chance a member of the millennial generation?

Let me back up a bit.

The quote that begins this article is taken from A Brief Statement of Faith, as of this writing, the most recent addition to the Presbyterian Church (U.S.A.)’s Book of Confessions. Those words were part of the affirmation of faith that the congregation and I professed at my ordination. I chose this confession in large part because it is the only confession adopted that explicitly affirms the validity of my call and ordination – as a woman – to the ministry of Word and Sacrament.

In doing so, the Brief Statement actually directly contradicts several of the older confessions in the book, including the Scots Confession and the Second Helvetic Confession. It’s part of the tension in which we live as a church “reformed and always being reformed.”

The church leadership described in A Brief Statement of Faith is a pretty accurate description of my experience. Every PC(USA) Church I’ve been a part of, from my baptism to today, has had women in leadership as ruling and teaching elders. My current congregation and the one I attended while in seminary are both led by female solo-pastors. I’ve been raised, to paraphrase the confession, to value the gifts of both women and men in all ministries of the church.

That’s been my norm. And yet, in the history of the church, even in the 21st century, my norm is by and large the exception to the rule. Many of the women who fought the hard fight so that I could follow my call with relatively little resistance are still living today. Many can share stories of the opposition they faced, sometimes in the form of outright hostility from those who saw their calls and God-given gifts as threatening – even sinful.

However, let me be quick to say that justice for women in the PC(USA) and other mainline denominations is far from a “settled” issue of past generations. I can say with reasonable certainty that every woman in ministry today has at some point in her career had her judgment, authority, or voice in the pulpit challenged by someone who does not believe she should be there. I’ve yet to meet a woman who hasn’t.

And lest we begin to pin the entire problem on the church, let’s turn our eyes outward and remember that we live in a country that has yet to pass the Equal Rights Amendment, one where for every dollar a man makes a woman doing equal work makes 78 cents, one where 1 in 4 girls (and 1 in 6 boys!) are sexually abused before their 18th birthday. And the problems don’t stop at our national borders, as the authors of this issue will illustrate far better than I can here.

In both college and seminary, I had the privilege of studying liberation, feminist, and womanist theologies. I was given the tools to look critically, through the lens of my Christian faith, at privilege, exclusion, and power dynamics. I was empowered to name those structures in the church and in the world that are sinful and broken, to listen for the movement of the Holy Spirit, and to let her use me to create something new.

Which brings me back to that new word for me: Re-Imagining. In November of 1993, as I’ve recently learned, a global, ecumenical, theological conference was held in Minneapolis, MN, in response to the World Council of Churches’ Ecumenical Decade: Churches in Solidarity with Women (1988-1998). The theme selected was “re-imagining”, drawing 2,000+ women and men to the conference, many from my own tradition of the PC(USA). They listened to various speakers and worked together to discern what re-imagining might mean for our understandings of God, Jesus, the church, creation, community, and the world. It was, by the description of many who attended, an incredibly powerful and liberating conference. It was also met with considerable backlash many in the church who felt that what happened at the Re-Imagining conference strayed too far from what they understood to be the boundaries of the Reformed theological tradition.

In 1994, following controversy, the 206th General Assembly of the PC(USA) labeled what happened at the conference “reckless”, forced the resignation of at least one of the key staff members involved in planning the conference, and sought to distance itself from the conference that it had initially been so instrumental in organizing and supporting. (Forgive this bare-bones treatment of the conference here: articles later this week from those who were part of the conference will offer much deeper reflection.)

What does surprise me is that before last year, I’d never heard any mention of this story. Sure, I was a child when the Re-Imagining Conference took place, but I’ve heard the stories of many important moments in the life of the church from before “my time”: from the Reformation in the 1500s to the Great Awakening in the 1700s to the Reunion of the UPCUSA and the PCUS in 1983. What happened to this story?

When I’ve expressed this dismay to the friends and colleagues who told me about Re-Imagining, they’ve been considerably less surprised. The decision was made, they’ve told me, to silence the story, to push away a bad memory as if it had never happened. And from what I’ve been learning, perhaps the one thing that those who felt liberated by Re-Imagining and those who felt offended by it have in common is that somewhere in the process, whether in the conference or the aftermath, backlash, and subsequent firings, some bad memories were made. And so, for many, the story of Re-Imagining has been filed away.

But here’s the thing. As my friend, singer-songwriter and justice advocate David LaMotte passionately argues, it matters tremendously which stories we tell. The stories that we tell ourselves and others become a part of us; they are the framework through which we see the world. As people of faith, we should perhaps understand this better than anyone, for it is that one long story of God’s activity in history, the central narrative of our faith, that guides our understanding of the world around us and our lives today.

Today, in 2014, a new generation – of women AND men – is entering the leadership of the Church and the world. And some of us are doing so without the wisdom of some of these foundational stories.

That, in short, is why we at Unbound have developed this issue. Because stories need to be told. Whether they are inspiring and beautiful or the heartbreaking stuff of nightmares, these stories may shed a bit more wisdom when exposed to the light of day. 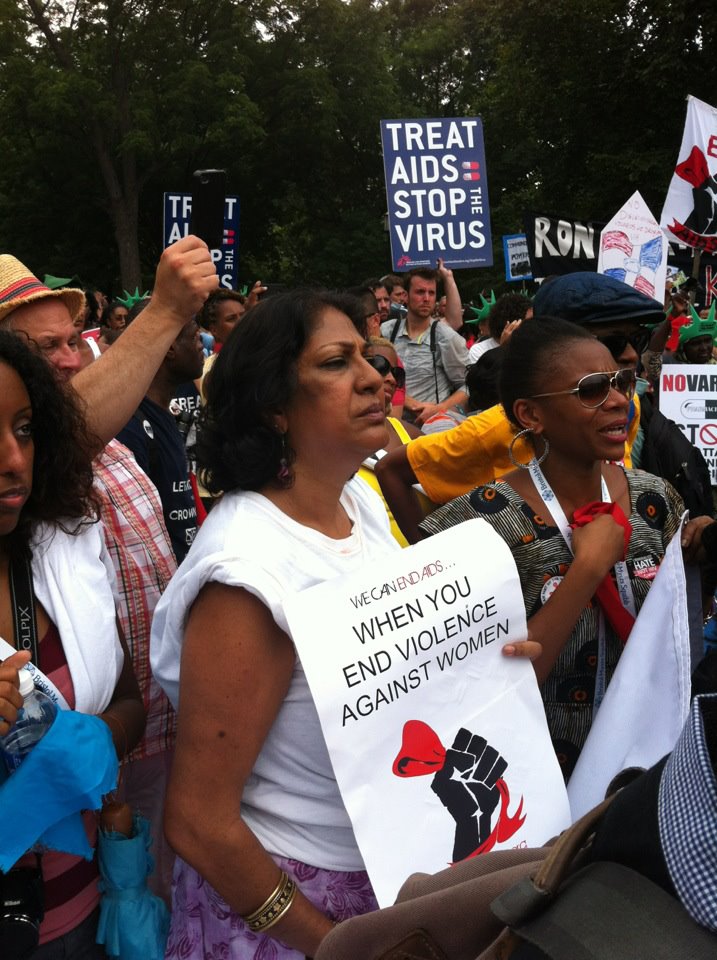 So we seek in this issue to tell the stories of women that have been silenced in one way or another. Or stories that have been met with silence by a church and a world that should have responded with the cry of pain, with voices calling out for justice and freedom and peace.

This issue is admittedly incomplete. There are countless more stories to be told, stories that reveal structures and call for justice, and for communities to be transformed. There is a larger and longer conversation to be had about the voice of women in the church, about what we as people of faith have learned or failed to learn. We at Unbound want to enter into that conversation, especially for a new generation: that issue will come next year, and there will be much to say. But for now, let’s take a moment and listen to the stories, silences, and voices – voices of pain, voices of hope, voices singing songs of joy and liberation.