I joined the Presbyterian Church (USA) in my early twenties because I saw a denomination that was committed to God’s call to work for justice not in word only but in deed as well. In fact, the PC(USA) has established two advocacy committees with the purpose of holding the denomination accountable to its commitments to racial and gender justice. The Advocacy Committee for Women’s Concerns (ACWC) was created by the General Assembly in 1993 to help hold the Presbyterian Church accountable to its commitment to gender justice – both in its own ministry practices and in its witness to the wider world. Establishing a group with the specific task of advocating on behalf of those discriminated against because of their gender within and beyond the church is an example of the church backing up what it says about justice with action.

The Advocacy Committee for Women’s Concerns exists because as a church of the Reformed tradition, we acknowledge that sin is real and that the system will necessarily need tuning and prompting, prodding and adjusting—sometimes in ways that really challenge the status quo. ACWC is in fact a contemporary form of a commitment to empowering women that has a long history in both predecessor denominations of the PCUSA, and even longer in the women’s mission organizations that developed in the nineteenth century. The denomination is intentional about providing resources and support to encourage gender justice within the PC(USA) so that the church will continually re-create itself to be a better reflection of God’s realm on earth. Sometimes the voice of advocacy calls the church to look internally and make changes within. Other times it challenges the church to speak with a bold voice to the world and to be a strong example of what is just.

As a committee of the General Assembly, ACWC is a policy entity – meaning it doesn’t do programmatic work. I’ll give just a few examples of the ways in which ACWC does the work it is called to do within the denomination.

The Advocacy Committee for Women’s Concerns meets face-to-face three times a year. Between these meetings, countless email communications fly through cyberspace and untold hours are clocked on conference calls by the subcommittees/working groups of ACWC. As the world moves, ACWC members are constantly tracking those movements that have a particular and direct impact on women specifically. While the focus of the committee is on gender, over the years ACWC has sought to be intentional about taking into account the realities of women who find themselves at the intersection of other social or cultural identities that affect the way they live and move in the world, whether those identities are shaped by race, ethnicity, class, physical ability or other factors. Understanding these intersections is essential for understanding what it means to work for justice for all women.

One of ACWC’s assignments is to prepare policy statements, resolutions, recommendations, reports, and advice and counsel memoranda on gender justice to the General Assembly. This preparation and writing occurs over a two-year cycle and is directly influenced by current events in the church and in the world. The committee collaborates as needed – with the Advocacy Committee for Racial Ethnic Concerns (ACREC), the Advisory Committee on Social Witness Policy (ACSWP) and other entities with particular expertise both inside and outside of the PC(USA).

Reports and resolutions vary from year to year – some focusing internally, and others looking beyond the boundaries of the PC(USA). As you can imagine, there is no shortage of issues and topics to consider and address. The approach of the committee to any issue is always rooted in current PC(USA) policy. And, of course, nothing ACWC suggests to the General Assembly goes into effect unless the General Assembly commits to it by approving it.

Between General Assemblies, ACWC also advises the Presbyterian Mission Agency Board on matters of gender justice. An example of this work is ACWC’s collaboration with ACSWP in raising concerns about equity in the implementation of the new compensation model of the Mission Agency. The committee had a conference call and expressed in a joint letter with ACSWP its concerns to the Personnel Subcommittee of the Board, advocating for the consideration of some alternative approaches that might more effectively ensure just treatment and compensation for all employees. A key concern was to narrow the spectrum of highest to lowest wages to temper the class system that can develop in all hierarchies.

Even when the General Assembly and the Presbyterian Mission Agency Board are not meeting, ACWC constantly monitors the implementation of PC(USA) policies and programs relative to gender justice. ACWC’s recent collaboration with ACREC and ACSWP surrounding the contract made with the Hyatt Hotel in Louisville for the 2013 Big Tent serves as an example. In light of a global boycott of Hyatt due to violation of the rights of workers – a large percentage of whom are women – ACWC worked with their partners to convince the PC(USA) to break the contract it had made with Hyatt for the Big Tent Conference.  What motivated the committees to action was an awareness that using the Hyatt would contradict PC(USA) policy on workers’ rights. After discussion, those responsible for planning the Big Tent did ultimately cancel the contract for meeting space with the Hyatt. The best part is that an agreement has recently been reached between the workers and Hyatt. How wonderful that the PC(USA) was a part of the movement for justice that has resulted in fair treatment for the workers! 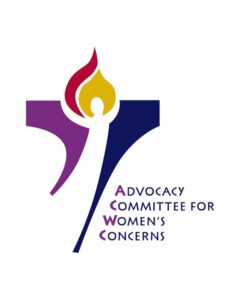 Ultimately, ACWC has been assigned by the PC(USA) to “maintain a strong prophetic witness to the church and for the church on existing and emerging issues of gender justice.”

The members of ACWC are united by their commitment to Jesus Christ as well as a deep loyalty to and love for this church and the commitments for which it stands. Jesus said that prophets are not welcome in their hometowns; but fortunately, in this situation, the hometown ensures that these prophets are around. I’m grateful to be a part of the hometown and honored to have the opportunity to work so closely with these prophets.

Read more arti­cles in this series.

Advocacy for Women's Concerns and Beyond

Want to Learn More about the Crisis in Syria? Video Interview with Dr. Mary Mikhael