By Cynthia Rigby
The following is an excerpt from the book by Cynthia Rigby, Promotion of Social Righteousness [Louisville: Witherspoon Press, 2010], 1-11, available from www.TheThoughtfulChristian.com. The article is republished here with permission from the author and Witherspoon Press. Dr. Rigby first shows that social righteousness has a long and fruitful place in church history, and then offers a few scriptural maps for the church’s promotion of social righteousness. 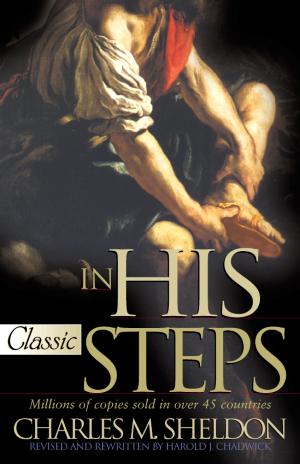 Packing Our Bags:
The Promotion of Social Righteousness in Context

Its Meaning Then and Now
The concept of the promotion of social righteousness will not resonate immediately with many contemporary readers. One reason is because it is not a term used as commonly these days as it was during the Progressive Era (ca. 1890–1913). Christian believers today tend to understand themselves as either enduring an ungodly culture (neither in the world nor of it) or living in barely distinguishable relationship to the world (both in the world and of it). Those who see themselves as “enduring” might, at first glance, understand the promotion of social righteousness to be ultimately futile.1 The second group might have the impression that promoting social righteousness is presumptuous: “Who am I to tell others what is right to do?”

Christian believers involved in the Social Gospel movement at the turn of the twentieth century perceived themselves as being in the world, but not of it. Their conviction was that teaching and living according to the mandates of the gospel would lead to the transformation of the society in which they lived. Christian believers who participated in the temperance movements, suffrage movements, and antislavery movements generally understood themselves to have a sanctifying role in relationship to the culture at large.

A popular manifestation of the turn-of-the-century commitment to the promotion of social righteousness is Charles Sheldon’s 1896 novel, In His Steps. The book had been translated into nearly two dozen languages by 1935 and was claimed by Walter Rauschenbusch, a leader in the Social Gospel movement, as the inspiration for his work. Some sources report that it is one of the top ten best-selling books of all time.2

In Sheldon’s story, a pastor named Maxwell is challenged by a homeless man to live in light of his Christian convictions. This pastor, in turn, exhorts the members of his congregation to ask themselves, before every decision, “What would Jesus do?” As church members begin to take action in ways consistent with their answers to this question, the community surrounding the church is transformed.

While the contemporary WWJD? movement (popular in the United States in the 1990s) tends to emphasize individual spiritual growth and renewal, the Social Gospel movement of a century ago, represented by Sheldon’s story, focused on the renewal of society. Instead of limiting his gaze to personal sin, Sheldon devoted himself to renouncing systemic, corporate sin.

Just as WWJD? is commonly associated with theological and political persuasions very different from those of Charles Sheldon, those who currently encourage the promotion of social righteousness have a different agenda than our forbears who included the phrase in the Great Ends of the Church. An Internet search promptly reveals numerous essays and other contemporary materials associating the promotion of social righteousness with the support of “family values,” the rejection of homosexual unions, the enforcement of severe means of discipline (including capital punishment), and the denial of abortion except in cases that threaten the mother’s life. Those most commonly associated with the phrase in the early twentieth century would probably have taken different stands on some of these controversial issues than those who commonly claim the phrase today. They were engaged in a variety of social issues: They worked to remedy the dehumanizing impact of the slave trade; they advocated for women’s suffrage; they fought for the basic rights of the worker. They believed that drinking alcohol was vile and immoral because it led to domestic violence, loss of employment, child neglect, unhealthiness, and poverty. All in all, those who upheld social righteousness were convinced that Christian believers can and should take political actions that advance the coming of the kingdom of God to earth as it is in heaven.3

To this point, we have tried to get a historical “feel” for what was and is meant by the concept of promoting social righteousness. I offer now a brief history of how scholars believe this end came to be adopted by the Presbyterian Church (U.S.A.).

Justice as a Spiritual Practice